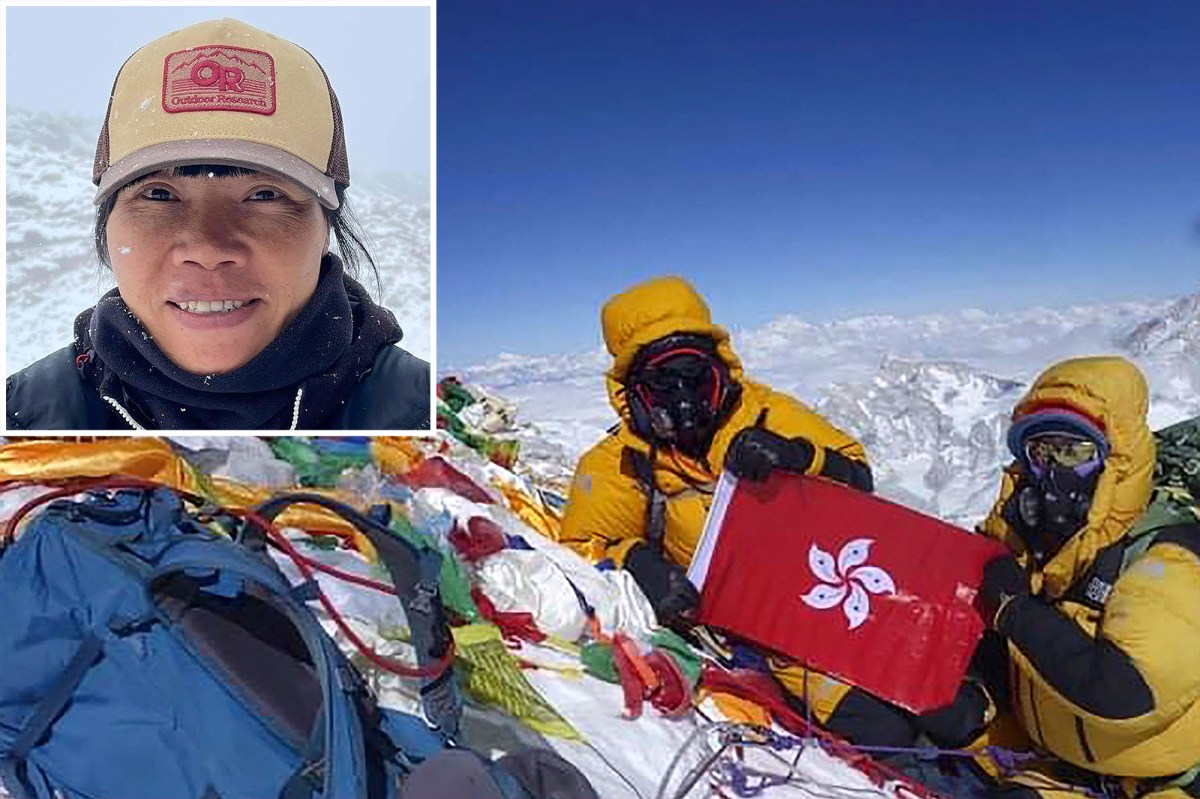 A Hong Kong teacher has become the fastest female climber to scale Mount Everest — smashing the previous record by more than 13 hours.

Tsang Yin-hung, 45, climbed the world’s highest peak from the base camp in 25 hours and 50 minutes, beating the record — of 39 hours and 6 minutes — set by a Nepali woman, Phunjo Jhangmu Lama.

“I just feel kind of relief and happy because I am not looking for breaking a record,” she said. “I feel relieved because I can prove my work to my friends, to my students.”

She said she barely encountered any other climbers on her way to the highest camp at South Col, and then after that, she only ran into people making their descent, which did not impact her speeding scaling the mountain.

“For the summit, it is not just not your ability, team work, I think luck is very important,” Tsang said.

Tsang tried to scale the mountain during a previous trip earlier this month, but poor weather forced her to turn around and then return again.

She was born in mainland China and moved with her family to Hong Kong when she was age 10, the Agence Frances-Presse reported.

Tsang said her family had “no resources,” forcing her to participate in free athletic programs at her school.

“When I was young I used to run on the mountains, play basketball and do other sports,” she said.

She began to train as a mountaineer 11 years ago and first climbed Everest in 2017.

There have been around 350 people who have summited the mountain this spring as climbing groups have grappled with bad weather and a COVID-19 outbreak, the tourism department said.

Other records broken include the oldest American to climb Everest, by retired Chicago lawyer, Arthur Muir, 75.

“You realize how big a mountain it is, how dangerous it is, how many things that could go wrong. Yeah, it makes you nervous, it makes you know some anxiety there and maybe little bit of scared,” Muir, who has six grandchildren, told reporters.

Bill Burke held the previous record for oldest American — scaling Everest at 67 in 2009.

The fastest male climber is Lakpa Gelu, a Sherpa guide who completed the feat in 10 hours and 56 minutes.

nypost.com - 2 years ago
A Russian man who dug up the bodies of 29 young girls, dressed them like dolls and displayed them in his bedroom has refused to apologize to their parents as he seeks to be released from a psychiatric facility, according to a report. Anatoly Moskvin, 53,
Read More

nypost.com - 9 months ago
If you own a dog or cat, at some point in your life you've definitely woken up in the middle of the night to a pet emergency. Pawp is here to help.
Read More

nypost.com - 1 month ago
The move from Gragson was so egregious that Dale Earnhardt Jr., co-owner of Gragson's team, expressed his surprise that there wasn't an immediate penalty for his own driver.
Read More
More News & Articles