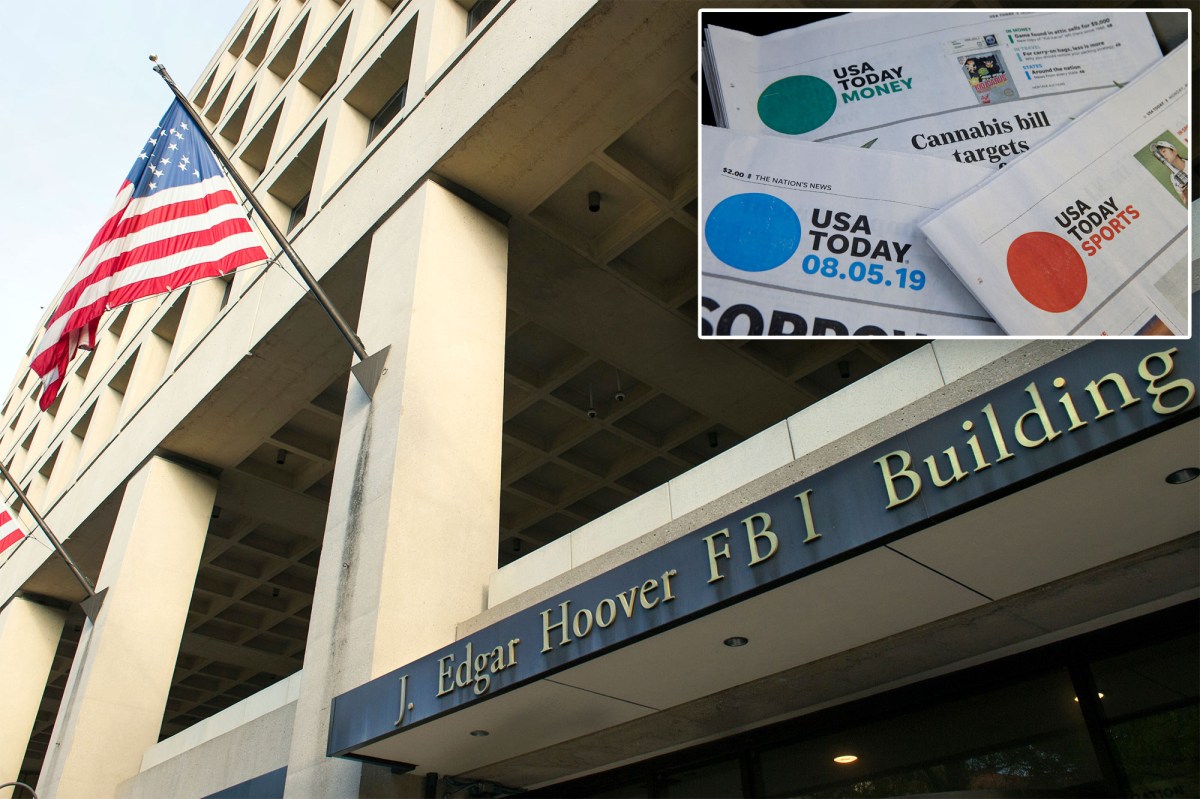 Federal investigators served the company with a subpoena in April seeking the IP addresses and phone numbers of the people who accessed a news article, between 8:03 a.m. and 8:38 a.m. on Feb. 2, about the Florida shooting that left two FBI agents dead and three others wounded.

The information sought by the feds, “relates to a federal criminal investigation being conducted by the FBI,” according to the subpoena.

Gannett, the publisher of the paper, fought back against the order in federal court on May 27, claiming the demand is unconstitutional and in violation of the Department of Justice’s policy for subpoenaing information from the press.

“A government demand for records that would identify specific individuals who read specific expressive materials, like the Subpoena at issue here, invades the First Amendment rights of both publisher and reader, and must be quashed accordingly,” Garnett lawyers wrote in the motion, made public Wednesday.

The lawyers cited a Supreme Court ruling that read: “once the government can demand of a publisher the names of the purchasers of his publications, the free press as we know it disappears.”

The claim that DOJ guidelines were violated comes amid reports the department obtained personal information from journalists at major media outlets under the Trump administration, according to Politico, which first reported on the subpoena.

It is unclear why the FBI was seeking information about the USA Today story in particular.

The article detailed the Feb. 2 shooting, in which David Lee Huber, 55, ambushed agents who were serving a search warrant in a child pornography case before turning the gun on himself.

Maribel Perez Wadsworth, the publisher of USA Today and president of the USA Today Network, said it’s unconstitutional for the feds to force the news organization to hand over “private information” about its readers.

“We intend to fight the subpoena’s demand for identifying information about individuals who viewed the USA Today news report,” Wadsworth said in a statement. “Being forced to tell the government who reads what on our websites is a clear violation of the First Amendment.”

nypost.com - 2 months ago
Psaki said that the White House Correspondents' Association, which coordinates the pool that follows Biden, wasn't told about the trip until "very early" Friday.
Read More

Skater channels Mary Poppins to glide across ice with umbrella

nypost.com - 5 months ago
John Henry Wolfe, of Milwaukee, was complaining of heat exhaustion at the end of a strenuous nine mile canyon trail, parks officials said in a statement.
Read More

nypost.com - 1 year ago
Former New Jersey Gov. Chris Christie on Sunday responded to President Trump’s pardon of Charles Kushner — the real estate developer that the then-US attorney Christie prosecuted in 2004 — saying only that it highlighted the “extraordinary” work of his
Read More
More News & Articles