With cases rising just as economies struggle to emerge from months of lockdown, many European leaders are keeping their 2nd wave coronavirus restrictions limited, for now.
Author:
Published: 2020-10-06 11:13 am 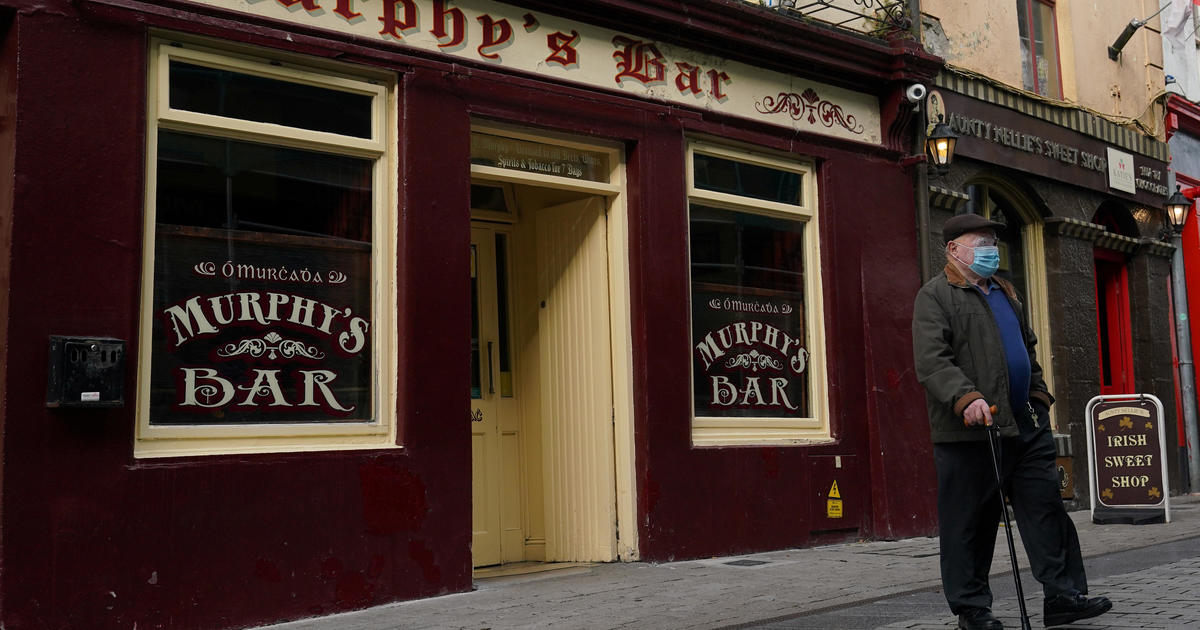 "Although fatigue is measured in different ways, and levels vary per country, it is now estimated to have reached over 60% in some cases," WHO Europe director Dr Hans Kluge said, citing "aggregated survey data from countries across the region."

He said that after months of restrictions on daily life and with economies faltering, "it is easy and natural to feel apathetic and demotivated," but he called on European authorities to listen to the public and work with them in "new and innovative ways" to reinvigorate the fight against COVID-19, which is on the increase throughout Europe.

European governments appear to be taking a more cautious approach to shutting life down than they did in the spring, opting for geographically limited restrictions that, where possible, allow beleaguered businesses to keep operating.

Below is a look at rising coronavirus caseloads and what a few Western European nations are doing in response amid the long-predicted second wave.

New restrictions have been imposed in Paris and its inner suburbs, a region now deemed a coronavirus "maximum alert" zone. Two other areas had already seen tough new measures brought back: the region around Marseille, and the Caribbean region of Guadeloupe.

Other areas are being watched closely as the number of patients admitted to intensive care units continues to climb. There are concerns that some hospitals will soon run out of beds for those with severe COVID-19 cases, especially in the northern city of Lille where the number of patients in ICUs doubled last week.

The capital is faring better so far, however, with ICU beds in Paris only about 30% filled. But with 624,000 confirmed cases right now, and that number rising fast, the government decided to clamp down on public gatherings, especially around nightlife.

Bars across Paris and its inner suburbs close Tuesday for two weeks, when the situation will be reviewed. Restaurants will be allowed to open, but with tougher restriction: The maximum number at any table will be six, and all diners must give their contact details in case they need to be traced in the event of someone testing positive for the virus.

No alcohol will be sold after 10 p.m. and student parties in public places are banned. Public swimming pools are closed to adults but children are still allowed in. Sports clubs and fitness clubs must close.

Parisians are also being encouraged to work from home again, and universities will halve the number of students present at lectures.

With coronavirus infections rising fast over the past few weeks, Britain's government has announced a series of new restrictions, both nationally and locally. The new rules limit the number of people allowed to gather together and put a 10 p.m. curfew on pubs and bars.

A vast swathe of Northern England, along with parts of Wales and the south, have been put back under regional, softer versions of the previous lockdown, with residents barred from mingling with other households. Businesses have been allowed to remain open, however, and schools are open with distancing and hygiene measures in place.

The U.K. has Europe's highest virus-related death toll at around 42,400. The government's chief scientific advisers warned two weeks ago that if more restrictions were not taken, the country could end up with 50,000 new cases a day by mid-October, leading to hundreds of daily deaths a month later.

While hospitalizations continue to rise nationally, the daily death toll has started to fall again in recent days after rising in September.

Confusion in the last week over the daily testing numbers added to the uncertainty over whether the restrictions are working in suppressing the virus. The British government launched an investigation this week into how nearly 16,000 new coronavirus infections went unreported as a result of a technical glitch.

The problem is widely thought to be connected to the file size limitations on Excel spreadsheets used in Britain's test-and-trace program.

COVID-19 cases are rising in Ireland, too, but the government has rejected a surprise recommendation from health chiefs to place the entire country back under lockdown.

The National Public Health Emergency Team (NPHET) had called for the alert level across the country to be raised to the highest, Level 5 – drawing angry criticism from deputy prime minister Leo Varadkar, himself a doctor, for not consulting with the government beforehand.

Prime minister Mícheál Martin instead announced the country would move to level three from midnight Tuesday for three weeks. Just two counties, Dublin and Donegal, were at level three on Monday.

"It is important to understand we are in a very different situation to last March," he said, defending the decision. "Businesses are beginning to recover and vital public health services are still backlogged. Severe restrictions now would have a very damaging impact which those services and those businesses may not be able to recover from."

The new restrictions mean no family gatherings, apart from limited numbers at weddings and funerals; no organized gatherings indoors; and no travel outside of the county, or the country. Restaurants, cafes and bars serving food are allowed to open for take out service or outdoor dining – a move that prompted groans across the country from restaurateurs and diners alike as temperatures drop.

Pubs in Dublin that do not serve food will have to remain shut. Elsewhere, they can serve a maximum of 15 people outdoors, or offer take out service.

Iceland, up to now one of the countries to have fared better against the coronavirus, has announced a tightening of restrictions after a spike in new cases since the middle of September.

From Monday, most sports facilities, bars and discotheques were closed while gatherings were limited to a maximum of 20 people. Supermarkets will be allowed only up to 100 customers at a time, while swimming pools must operate at only 50% of their capacity.

The restrictions were to last two to three weeks, the health ministry said, and then be reviewed.

"In recent days, the number of new cases on a daily basis has been relatively steady at 30 to 40 so it is clear that current measures have not been enough to adequately control the epidemic," chief epidemiologist Thorolfur Gudnason said in a statement addressed to the ministry.

The latest steps came after coronavirus outbreaks in two nursing homes in Rekyavik and a sharp increase in hospitalizations, up seven-fold over a week.

Often held up as a success story by lockdown skeptics around the globe, Sweden never imposed a national lockdown of any kind, opting to issue guidance for residents on social distancing and hygiene rather than rules. Virtually all businesses and schools were allowed to operate as normal.

The philosophy paid off for Sweden's economy, which has suffered less than its European neighbors where pretty much everything was shut down for months in the spring and summer. It did, however, leave Sweden with a much higher COVID-19 fatality rate than comparable Scandinavian nations, and even the U.S., per capita.

Hopes that the soft approach to the virus during the first wave might leave Swedes with a higher natural immunity rate could also be challenged as, like elsewhere, cases are rising again.

An analysis of Stockholm's wastewater showed an uptick in coronavirus cases in September to a level comparable to May, researchers said Monday, enabling them to conclude the rise was not due to increased testing.

Sampling of wastewater at three facilities in Stockholm began in mid-April, after studies showed that remnants of the virus could be detected in sewage water, but this is the first time broad results have been published.

The researchers at the Royal Institute of Technology's (KTH) Water Centre said their method of taking virus measurements from wastewater meant their findings were not dependent on the level of testing for the novel coronavirus.

"In the study we can conclude that we are seeing a clear increase in the number of cases of COVD-19, that isn't due to more people being tested," Zeynep Cetecioglu Gurol, associate professor at KTH, said in a statement.

CBS News' Elaine Cobbe in Paris and Tucker Reals in London contributed to this report.

Mike Bloomberg, The Trial of Eddie Gallagher, Array of Hope

www.cbsnews.com - 3 months ago
Mike Bloomberg talks with 60 Minutes about the issues facing the country and what he offers to voters; Then, Navy SEAL Eddie Gallagher says he didn't kill an ISIS prisoner; And, the Bahamas going solar to protect power grid from future hurricanes.
Read More

Charcoal-like asteroid chips sent back to Earth by space probe

www.cbsnews.com - 3 months ago
Japanese scientists hope they offer clues to origins of solar system and life on Earth.
Read More

A special kind of love in the air

www.cbsnews.com - 2 weeks ago
A message of love floated on air by 16-year-old Ashlynn Marracino did not reach her intended target, but she believes the balloon-borne note still got through - to her departed dad. Steve Hartman reports.
Read More