Joe Tsai committed $6 million to pay his Barclays Center workers through June, and now he will cover them through the rest of 2020, The Post confirmed. The decision by Tsai, first reported by The Atlantic Yards Report, could cost the billionaire — who own
Author: Brian Lewis
Published: 2020-10-06 07:28 pm 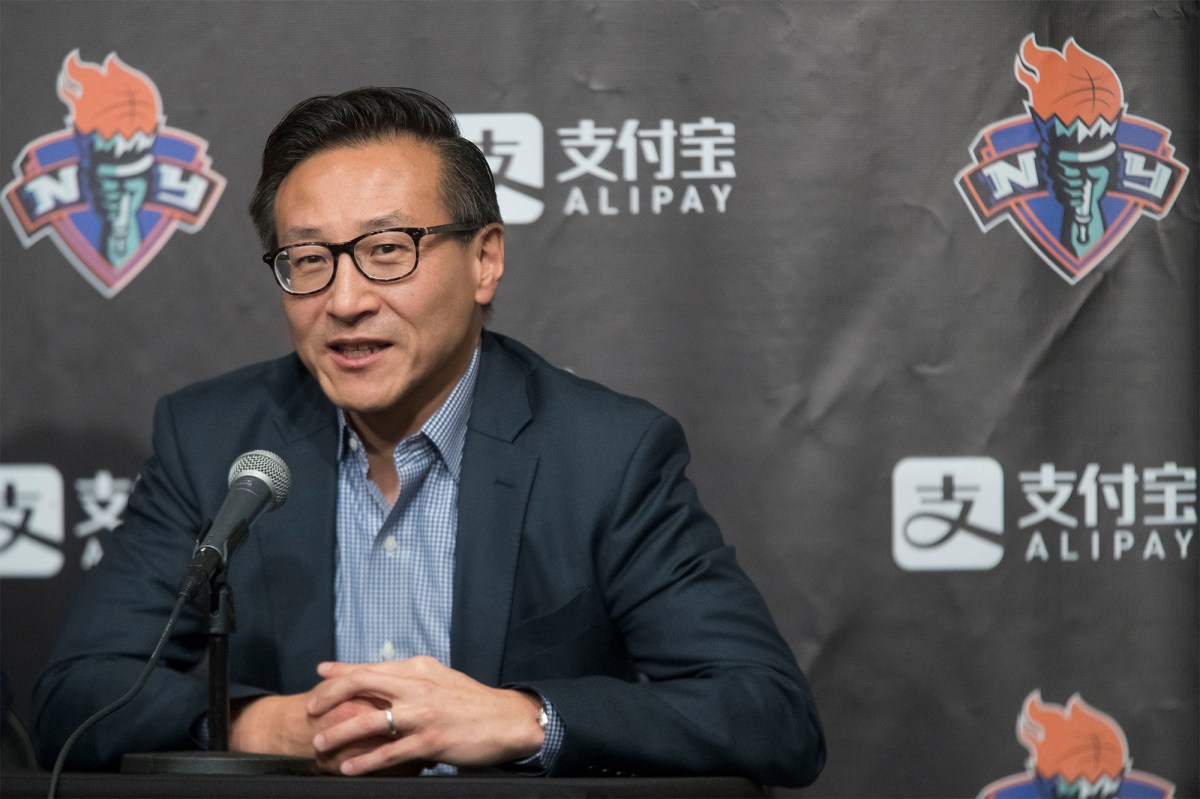 Joe Tsai committed $6 million to pay his Barclays Center workers through June, and now he will cover them through the rest of 2020, The Post confirmed.

The decision by Tsai, first reported by The Atlantic Yards Report, could cost the billionaire — who owns the arena, the Nets and the WNBA’s Liberty — $10 million, and is the latest in a series of philanthropic moves since the start of the COVID-19 outbreak.

Back in March, the coronavirus pandemic shuttered Barclays Center’s doors, wiping out a packed home slate that included not just NBA games, but concerts, Islanders games, college basketball like the A-10 tourney and even graduations. But Tsai — co-founder of e-commerce giant Alibaba — is set to cover his part-time workers through the rest of the year.

During the pandemic, Joe and his wife Clara — a philanthropic investor — also contributed millions of masks, thousands of ventilators and other PPE.

“When extraordinary circumstances befall us, we just have to react to it in real time,” Tsai said at the time. “And a lot of the philanthropy that we’re doing wasn’t pre-planned or anything; we just felt at the moment it was the right thing to do.”

Now — with NBA commissioner Adam Silver saying recently that next season likely won’t tip off until January — that includes paying his part-time workers through the end of the year.

The FY2020 annual report from Barclays Center operating company, Brooklyn Events Center, shows revenue shy of projections. But with no Nets games or concerts due to the pandemic, that’s to be expected.

“But the thing about live sports is that a very big part of the economics of the teams comes from having fans in the building,” Tsai said in CNBC’s Delivering Alpha conference.

“So in the COVID era, with social distancing and people not being able to congregate in a place, that’s really going to prevent the economics. But these are challenges that can be overcome with time because we know … that there’s going to be a vaccine. You can have rapid testing programs before people come into the building. So at some point, that’s going to come back to normal.”

Tsai — who owns a number of holdings, which in turn own Barclays Center — has contributed funds to pay employees and bolster the building.

Tsai is worth an estimated $14.8 billion according to the latest Bloomberg Billionaires Index, making him the richest sports team owner in New York (topping the Red Bulls’ Dietrich Mateschitz and soon-to-be Mets owner Steve Cohen). His net worth has spiked almost $2.7 billion this year alone.

“The next season is going to be a little bit tricky, because we don’t anticipate having a lot of fans or having full buildings into the arena anytime soon,” Tsai said recently. “But guess what? You know, the following season, 2022-23, we look for a very nice rebound.

“And the thing is, live sports is a rare commodity. You could tell just during the COVID period when there was no sports on TV, people just were craving for it. And once you put the games on, people have come back to watch sports enthusiastically. So I’m very, very positive, very excited about the future of live sports.”

nypost.com - 1 week ago
Based on this dog’s reaction, you’d think he had a “brush” with death. Watch as a boxer in South Carolina tries to hide from the car wash brushes by crawling onto the passenger seat floor. “Steeler, it’s okay, buddy!” pet owner Denise Coward says to
Read More

nypost.com - 1 month ago
Hunter Biden on Sunday insisted it was not a “mistake” to take a lucrative seat on the board of a Ukrainian energy company while his father was overseeing US policy to battle corruption in the country. In the tearful interview on “CBS Sunday Morning,” the
Read More

nypost.com - 6 months ago
The Atlanta Falcons reportedly levied an undisclosed fine on Thursday against defensive end Takk McKinley after he criticized the team over social media earlier in the week for not following through on his prior trade demand. A person close to the
Read More

nypost.com - 10 months ago
New Knicks coach Tom Thibodeau takes a timeout to discuss his hiring, expectations and what traits the team will have under his leadership in a Q&A with Post columnist Steve Serby. Q: You’ll probably laugh at this: How do you feel about the fact that
Read More
More News & Articles