How Nets are approaching crucial Game 4 vs. Bucks

Kyrie Irving said the Nets just "have to respond better" in Sunday's Game 4 against the Bucks in Milwaukee.
Author: Brian Lewis
Published: 2021-06-11 11:48 pm 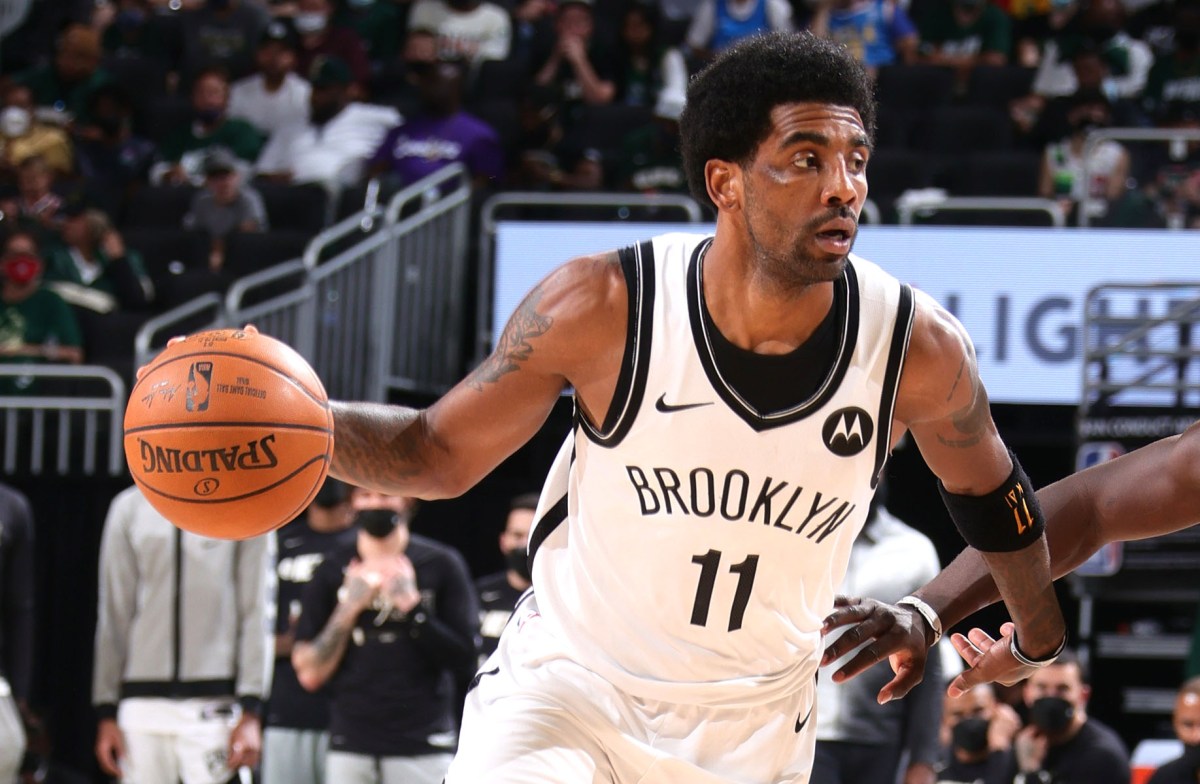 MILWAUKEE — Bad decisions. A poor endgame. Missed shots. And in the end, a missed opportunity to essentially drive a stake in the Bucks.

The Nets did everything in their power to give Thursday’s Game 3 of the Eastern Conference semifinals away, and the Bucks could still barely take it, surviving 86-83. They spotted Milwaukee a 21-point lead, shot 36.2 percent and had the ball inexplicably find the wrong hands down the stretch.

The Nets — up 2-1 in the series — are confident Game 4 on Sunday will be different.

“We’ve just got to be able to respond better. And that’s just due to our preparation and our game planning, a few different things that we probably are looking back at [on] film that were out of our control and a lot of things that were in our control. Game 4 I don’t think it’ll be the same flow.”

There was no flow, at least not on offense, for the Nets, who were playing without James Harden.

Irving was 9-for-22, handed out just one assist, and was oddly invisible down the stretch.

“We went really cold at the end of the game. We’ll pick it apart, we’ll look at it, we’ll try to execute better, look at ways that we can learn from this game and move forward,” coach Steve Nash said.

“We’ve just got to look at the way we executed. We didn’t make shots. We had some looks that we just didn’t make that we normally make. But our execution could’ve been better throughout.”

Durant — with a career average of 27.0 points per game — has averaged 32.8 points after playoff losses since 2016, and 37.2 after postseason defeats since the start of the 2019 postseason (discounting the 2019 game in which he ruptured his Achilles). Big-game bouncebacks are in his DNA.

But without Harden, the Nets’ offense got bogged down and stagnant Thursday, as they all too often settled for isolation play. Yes, Irving and Durant excel in isolation, but Harden makes everybody’s life easier and their looks cleaner.

The Nets have played three times this year in Milwaukee without Harden, and they lost all three. Presuming Harden doesn’t make a miraculous return from his right hamstring strain for Sunday’s Game 4, the Nets need to get the ball in the right hands at the right time.

Irving didn’t take a shot for the final 4:22 Thursday, and the Nets were just 3-for-9 with a turnover down the stretch. Durant had seven points on 3-for-4 shooting in that stretch, with Harris missing a lone attempt. Bruce Brown shockingly took four shots and missed every single one, including the final driving layup attempt with six seconds left.

*** Nets assistant Mike D’Antoni has “serious interest” in the Trail Blazers job according to The Athletic. Fellow assistant Ime Udoka is a candidate for the Celtics post.

nypost.com - 1 year ago
In the game of the year in the NFL between the Chargers and the Raiders, Los Angeles head coach Brandon Staley's had the football world buzzing.
Read More

nypost.com - 2 years ago
Following the 2011 earthquake that led to a nuclear disaster, wild boars that roamed the evacuated area bred with domestic pigs, leading to the creation of a new radioactive swine hybrid.
Read More

nypost.com - 2 years ago
A boogying black bear was spotted in Lancaster, New Hampshire, taking a spin on a white pole. Watch as the adorable animal shows off its dance moves on a backyard post used for hanging laundry.
Read More