The Florida supermarket where a mentally unstable gunman killed a grandmother and a two-year-old before turning the weapon on himself reopened Saturday.
Author: Kerry J. Byrne
Published: 2021-06-12 08:52 pm 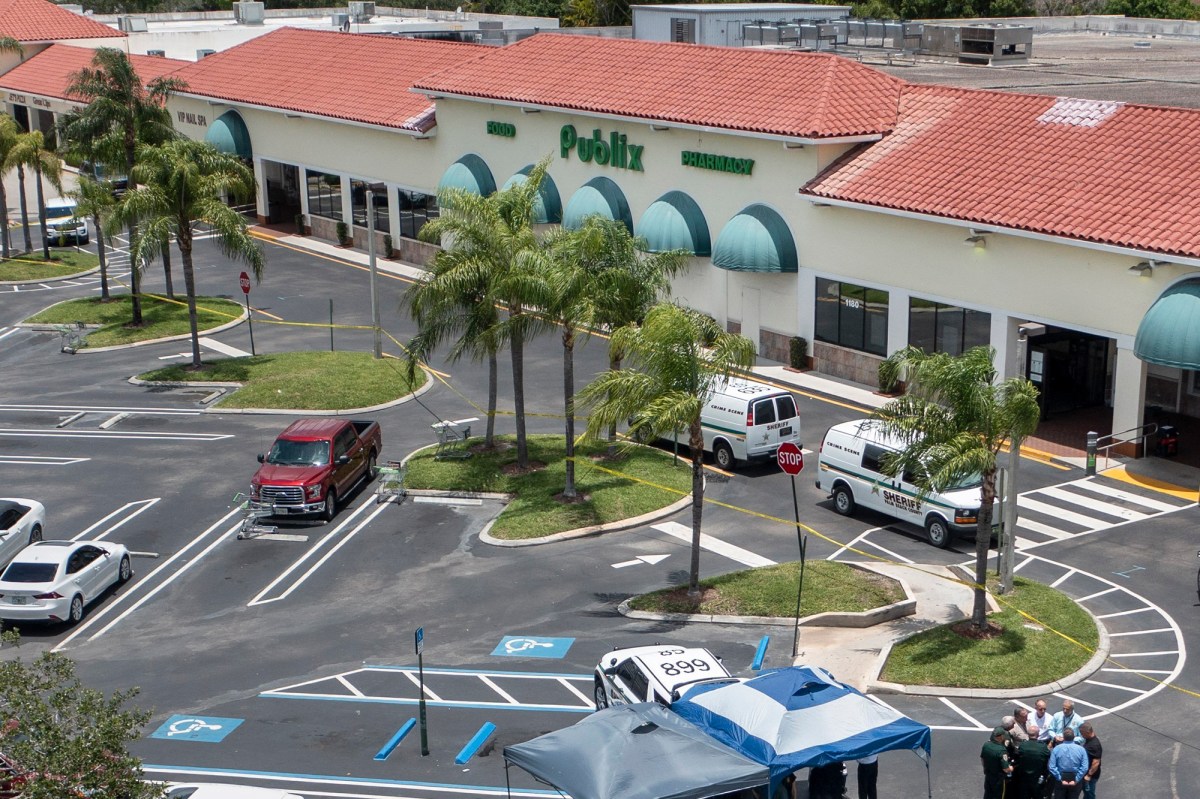 The Florida supermarket where a mentally unstable gunman killed two people before turning the weapon on himself reopened Saturday.

Shoppers, visitors and local residents paid their respects at an impromptu memorial outside the entrance to the Publix in Royal Palm Beach with flowers, balloons and stuffed animals, according to local reports.

“It was very somber … but business as normal,” one shopper told WPTV television.

Timothy J. Wall, 55, shot and killed a nearly 2-year-old boy, and then the child’s grandmother Thursday inside the supermarket, before killing himself.

The unnamed 69-year-old woman heroically tried to stop Wall after he shot the baby, according to a timeline of events posted by the Palm Beach County Sheriff’s Office.

“He shoots the child. The grandmother interferes with the gunman and because of her brave actions, his gun jams. After some struggling, he then ends up shooting the grandmother and then himself,” the Twitter thread reads.

Wall had a history of mental illness and had ranted on social media about his desire to kill children.

nypost.com - 6 months ago
Former White House senior adviser Jared Kushner and his deputy, Avi Berkowitz, have been nominated for the Nobel Peace Prize for their roles helping to strike deals normalizing the relations between Israel and four Arab nations. The two former deputies
Read More

The Knicks needed this unexpected demolition

nypost.com - 7 months ago
The players certainly needed this gift that fell out of the sky by way of the Garden’s famous pinwheeled roof. Coaches can cajole and coax all they want. They can point out pleasing spasms of even the most deplorable stretches of game tape. They can preac
Read More

‘Peanuts’ will be broadcast for the holidays after all — thanks, Apple!

nypost.com - 8 months ago
Kudos to the folks at Apple TV+ for sharing the Peanuts joy: Though they’d bought exclusive rights to all the iconic Charlie Brown holiday specials, they’ve now agreed to let two of the classics air on PBS this year. “A Charlie Brown Thanksgiving” will
Read More

nypost.com - 7 months ago
The investment bank behind AT&T’s $109 billion acquisition of Time Warner is going public through a merger with a blank-check company — putting an exclamation point on an already frenzied year the so-called SPAC craze Perella Weinberg on Wednesday said
Read More
More News & Articles