Nets may get Jeff Green, but not James Harden, back for Game 4

njured star James Harden is still out for the Nets, having played just 43 seconds of the Eastern Conference semifinals against Milwaukee. But the Nets could be on the verge of getting back another veteran leader, Jeff Green.
Author: Brian Lewis
Published: 2021-06-12 10:47 pm 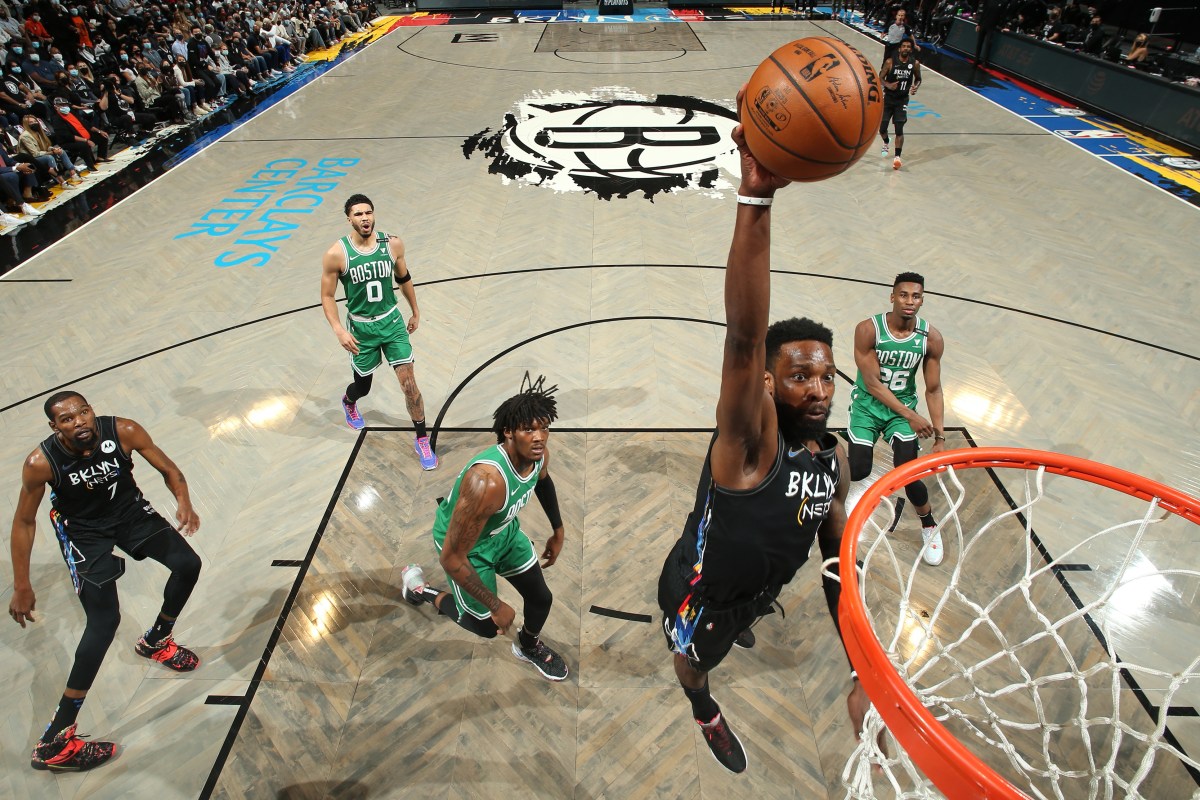 MILWAUKEE — Injured star James Harden is still out for the Nets, having played just 43 seconds of the Eastern Conference semifinals against Milwaukee. But the Nets could be on the verge of getting back another veteran leader.

Big man Jeff Green has been upgraded to questionable for Sunday’s Game 4 in Milwaukee with a left plantar fascia strain.

“Both progressing well,” coach Steve Nash said. “James is out for [Sunday] but doing very well, and Jeff is questionable for [Game 4].”

The 35-year-old Green has missed six straight playoff tilts, having being forced out of the first-round Game 2 win over the Celtics after just 12:07.

Green, who averaged 11 points on 49.2 percent shooting and a career-high 41.2 percent from 3-point range, was second in games played this season for the Nets with 68.

The 6-foot-8, 235 pounder — who can play either power forward or stretch five — would provide another switchable big to help slow Giannis Antetokounmpo.

The Nets had held Khris Middleton largely in check through their two Barclays Center wins, but they had no answer for the Bucks All-Star in Game 3.

Mike Budenholzer ran a lot of middle pick-and-roll with Antetokounmpo and Middleton, with the latter shaking free for 31 points, including 15 in the first quarter to put the Nets in an early 30-9 hole. The Nets know they’ll have to play him tighter and with more physicality on Sunday.

“I don’t think we played him with the same physicality, at least not to start the game in Game 3,” Blake Griffin said. “But he hit some shots. He and Giannis came out, and they were very aggressive to start in the first quarter especially. So we have to match that intensity and match that physicality.”

Spencer Dinwiddie still hasn’t rejoined the Nets. After partially tearing his right ACL in December, he has been rehabbing in Los Angeles and was expected to at least meet up with his teammates at some point.

Recent reports have suggested Dinwiddie could play if the Nets reach the NBA Finals — set to begin July 8 — but sources have maintained it’s unlikely.

Nets director of team security Antjuan Lambert — who made contact with P.J. Tucker during Game 3 — will not work any remaining games of this series in Milwaukee and will not be assigned to the court area in Brooklyn during this series, according to a league source.

Hundreds of boys missing after attack on Nigerian school

nypost.com - 8 months ago
Hundreds of boys at a Nigerian boarding school may be missing after an attack on the facility by gunmen, according to a report. Gunfire could be heard for about an hour during the terrifying Friday night incident, in which the motorbike-riding bandits
Read More

nypost.com - 9 months ago
The unidentified attacker is seen in the brief clip just before the violent encounter unfolded around 1:45 p.m. Monday at the C train’s Clinton-Washington stop, according to cops.
Read More

nypost.com - 3 months ago
Six Thai cats rescued after a drug bust were purchased at auction by a feline fanatic.
Read More

nypost.com - 8 months ago
A 2-year-old boy was abandoned at a Mississippi Goodwill drop-off location with a bag of clothes and a note on Monday, police said. Officers with the Southaven Police Department found the youngster at about 10 a.m. and turned him over to Child Protective
Read More
More News & Articles