Bidenomics is proving an utter disaster for American workers and consumers, and don’t bet on it to end soon. With the pandemic all but over — more than half of American adults are fully vaccinated, and transmissions have fallen through the floor — the
Author: Post Editorial Board
Published: 2021-06-12 10:40 pm 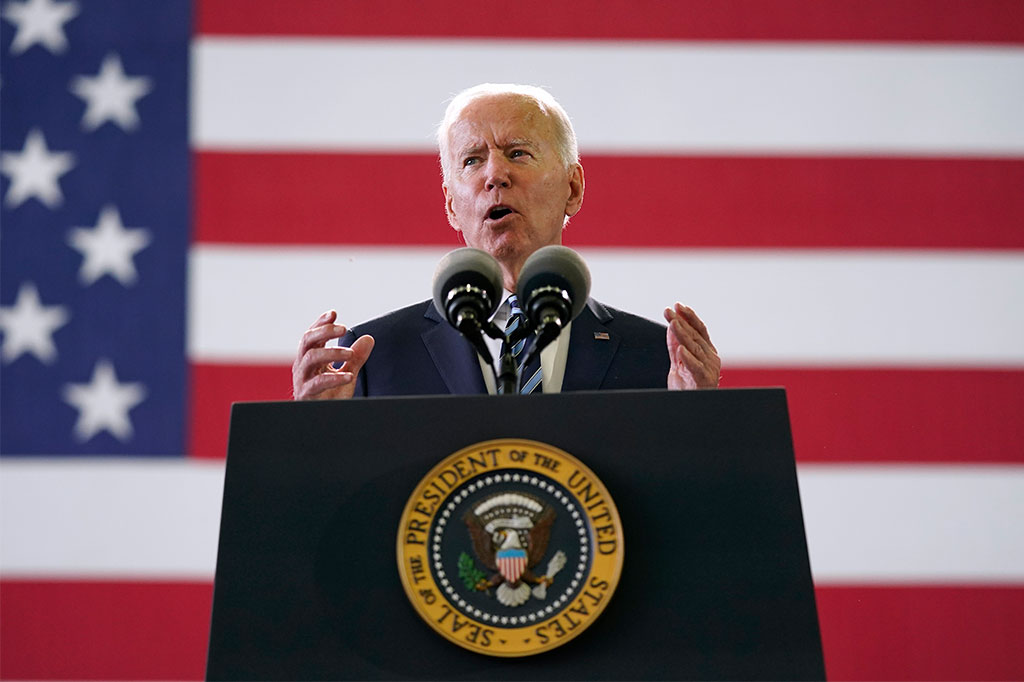 Bidenomics is proving an utter disaster for American workers and consumers, and don’t bet on it to end soon.

With the pandemic all but over — more than half of American adults are fully vaccinated, and transmissions have fallen through the floor — the economy wants to roar back to life. Job openings climbed to 9.3 million in April, the highest number since the Labor Department started collecting the stats in 2000 and a million more than in March, the feds announced last week.

But businesses are having trouble filling those spots: 3.5 million Americans are still on unemployment benefits, the feds also revealed. It’s a big drop from 19.2 million at COVID’s height, but still twice the pre-COVID level, even though nearly all the job-killing restrictions are no more.

A clear problem is rooted in President Joe Biden’s COVID “relief” package, which extended the $300-a-week federal unemployment supplement to Sept. 6. Employers nationwide cite it as why they can’t lure workers back without major pay hikes, and a University of Chicago study found that 42 percent of those getting benefits are making more than they did when they were working. Why go back to work when you can take a few more months’ paid vacation?

And the labor shortage is fueling inflation: When lumber mills, for example, can’t hire to boost production to meet booming demand as tens of millions look to invest their stimulus checks or the money saved from a year of lockdown in some home improvements — so lumber prices have doubled.

Such cascading bottlenecks are boosting costs across the economy. In all, consumer prices rose 0.6 percent in May over April, making a 5 percent rise over the past year, the largest 12-month inflation spike since the meltdown of 2008.

Just about everything is more expensive these days: Bacon’s up 13 percent in a year, gas, 56 percent.

And prices may not drop down. Chris Zaccarelli, chief investment officer for Independent Advisor Alliance, said that “it’s questionable that once people start paying higher prices” that “any of those increases will ever be rolled back.”

The White House’s response to this mess? Pay people more than the government is with the increased unemployment benefits. White House Press Secretary Jen Psaki said companies should pay higher wages to “incentivize more workers to come back into the workforce.” Cecilia Rouse, chair of Biden’s Council of Economic Advisers, says that’s how “a market economy” works.

But this is a sure route to yet more inflation. Employers will have to pass on those increased costs to consumers: Chipotle just announced it’s hiking prices by 4 percent to cover the cost of higher wages.

Pre-pandemic, working-class wages were rising without inflation thanks to President Donald Trump’s pro-growth policies. But wage hikes driven by government giveaways that simply force price hikes are very different from ones driven by a booming economy: A fatter paycheck means little when everything you need to spend it on costs more.

Biden may well prove a “transformative” president — by bringing America back to 1970s stagflation.

nypost.com - 7 months ago
Rajon Rondo and his girlfriend were involved in a parking lot altercation with another woman that culminated with the two-time NBA champion’s partner throwing punches, video obtained by TMZ shows. The altercation reportedly occurred on July 28 in Los
Read More

nypost.com - 10 months ago
An off-duty correction officer drunkenly crashed into a double-parked car — and was slashed in the face in retaliation, police said Thursday. Shakiyl Melville, 30, was heading north on Mccombs Place in Harlem at about 9:45 p.m. on Wednesday when he smashe
Read More

Leslie Bibb on why playing Josh Duhamel’s wife was ‘emotional’

nypost.com - 3 months ago
For Leslie Bibb, playing Josh Duhamel’s wife on Netflix superhero show “Jupiter’s Legacy” was a no-brainer — and not because of the capes. “I produced a movie in 2018 [‘The Lost Husband’] and I got him to come and be the male lead. My mother had passed
Read More
More News & Articles