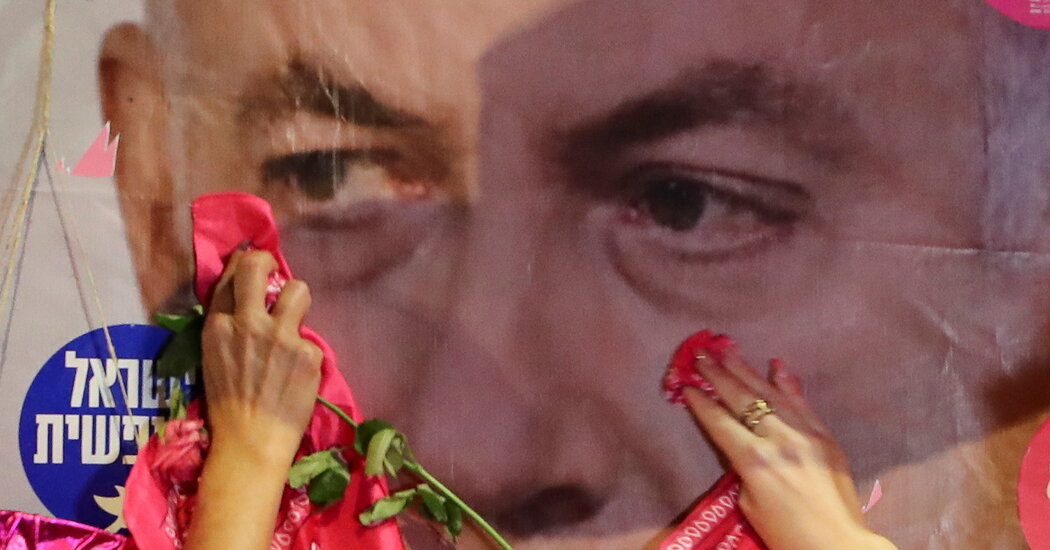 (Want to get this briefing by email? Here’s the sign-up.)

Here are the week’s top stories, and a look ahead.

In a compromise, Yair Lapid, a leading centrist politician who would become foreign minister in Bennett’s government, will take over as prime minister in 2023. While Bennett would take the stage first, he wouldn’t be leading without Lapid, who coaxed the unlikely alliance into existence.

2. Leaders of the Group of 7 are wrapping up a summit today, having taken on the coronavirus pandemic, climate change and China.

3. While the U.S. and other wealthy nations are reporting fewer Covid cases and deaths, many other countries are facing worrisome new surges in infections.

Russian officials are scrambling to slow the spread of a new wave of the coronavirus, ordering workers in Moscow to take next week off and pleading with residents to make use of widely available vaccines. Above, the Krylatskoye Ice Palace in Moscow was converted to a Covid hospital. The Delta variant is spreading in southeastern China, and doctors say that the infected are getting sicker, and faster.

The $4.5 trillion industry has avoided paying billions in taxes and has managed to derail efforts to increase its tax burden, thanks to lobbyists and campaign contributions. Firms are rarely audited despite whistle-blowers’ claims of tax dodges.

Private equity’s ability to vanquish the I.R.S. and Congress goes a long way toward explaining the deep inequities in the U.S. tax system.

Meanwhile, a comprehensive survey of the 200 highest-paid chief executives at publicly traded companies revealed some of the biggest pay packages on record.

5. Recent disclosures about the Trump administration’s seizure of data from House Democrats and reporters have left more questions than answers.

The reports prompted an immediate backlash from the top: President Biden ordered prosecutors to stop seizing reporters’ phone and email data, and the Justice Department watchdog opened an investigation into the matter. Apple said it had unknowingly turned over the data under a subpoena request that merely listed email addresses and phone numbers.

But Biden’s sweeping vow to ban a practice he called “simply, simply wrong” left crucial questions unanswered. Among them: How broad are the new protections? And could they be changed by future administrations? The unresolved details are expected to be a focus of a meeting tomorrow between Attorney General Merrick Garland and leaders of The Times, The Post and CNN.

6. A Times investigation shows the serious construction flaws that led to the collapse of a Mexico City metro viaduct in May, killing 26 people.

We took thousands of photographs of the crash site and shared the evidence with several leading engineers, who reached the same conclusion: The steel studs that were vital to the strength of the overpass appeared to have failed because of bad welds. Thousands of pages of internal government and corporate documents showed more than a decade of warnings and concerns about safety before the fatal crash.

The disaster has spiraled into a political crisis for two of Mexico’s most prominent figures: the president’s foreign secretary, Marcelo Ebrard, who was mayor of Mexico City when the new metro line was built; and Carlos Slim, one of the world’s wealthiest businessmen, whose construction company built the portion of the line that collapsed.

Fifty years ago today, that headline ran on the front page of The Times as the newspaper published a bombshell scoop that exposed the lies behind the Vietnam War: the Pentagon Papers. The Times knew the government would sue, but as the newspaper’s general counsel at the time said, “the fate of journalism” was on the line.

9. A year ago, oyster growers in New York and New Jersey were fighting for survival. This summer is a very different story.

As coronavirus restrictions lift and restaurant orders are back, oyster farmers in the region are ready for a “bonkers” summer, as one put it. The turnaround stems in part from two conservation buyback programs (millions of oysters, which are great natural filters, were purchased and placed on coastal reefs) as farmers were hustling to find new places to sell their shellfish.

That same demand has exacerbated a New England seafood tradition in a different way: Up and down the coast of New England, the price of lobster is at historic highs. Would you pay $34 for a lobster roll?

Why Remove or Impeach Trump Now?

www.nytimes.com - 7 months ago
With only a week left in his term, the House impeached President Trump, but he will probably leave office before he stands trial in the Senate. Here’s how the process works.
Read More

‘Climate Change’ Is Back, ‘Illegal Alien’ Is Out. New Administration Changes the Language of Government.

www.nytimes.com - 5 months ago
“The president has been clear to all of us — words matter, tone matters and civility matters,” said Jen Psaki, the White House press secretary.
Read More

What Do We Owe the Dead?

www.nytimes.com - 2 years ago
The dust-up over a Washington Post reporter’s tweets about Kobe Bryant raises a moral question and a cultural taboo.
Read More

Harris Adds to a Diverse Staff Where a Majority, Like Their Boss, Are Women of Color

www.nytimes.com - 8 months ago
Her chief of staff will be Tina Flournoy, who had the same job with President Bill Clinton after he left office.
Read More
More News & Articles