Biden describes queen as 'extremely gracious,' says she reminds him of his mother 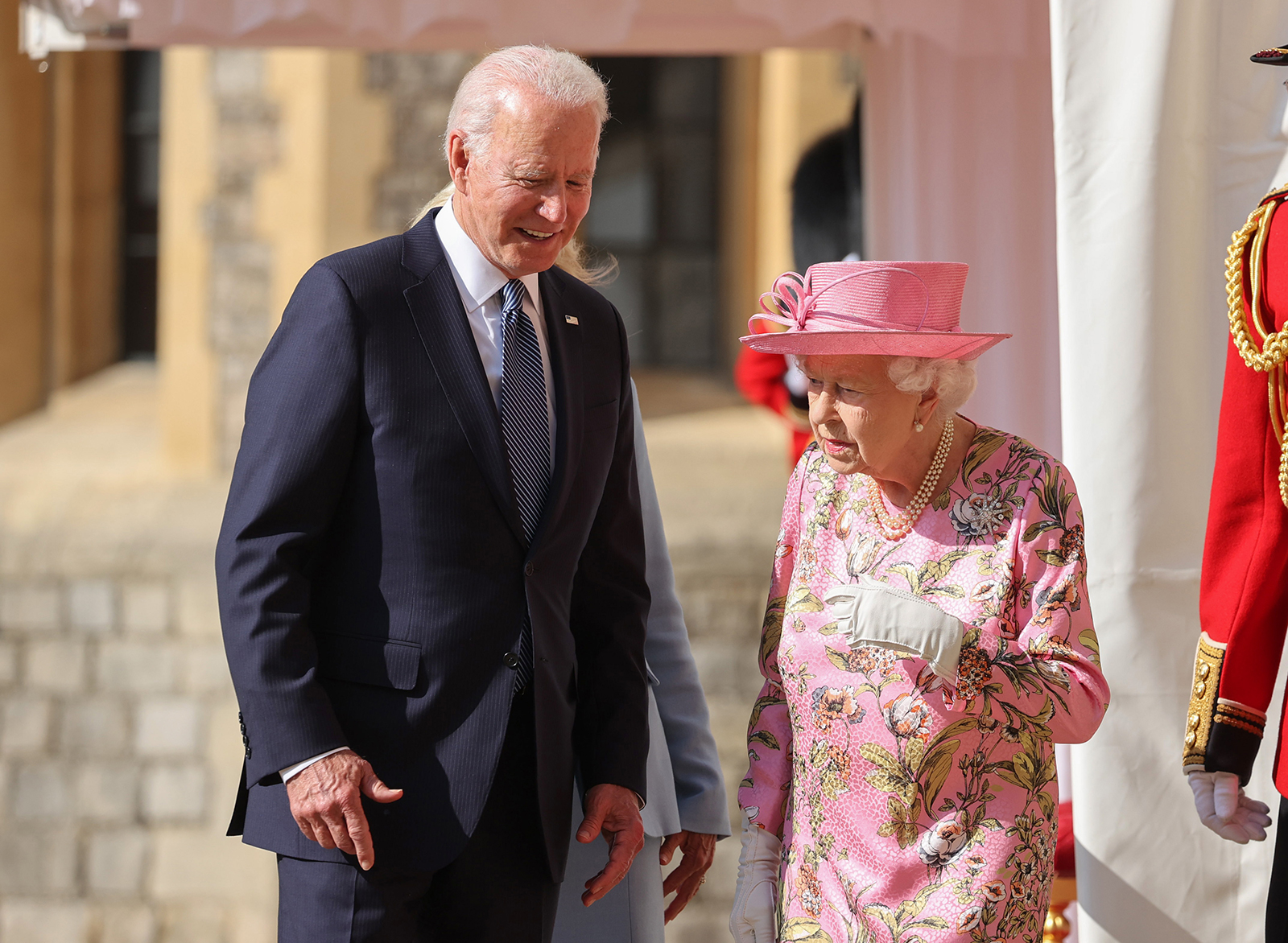 Biden becomes the 12th sitting president to meet the Queen during her reign, joining a legacy of American leaders paying their respects to a global icon and living piece of history.

It's her first one-on-one engagement with a world leader since the coronavirus pandemic began. And it's among her first public engagements since her husband, Prince Philip, died at 99 earlier this year.

Biden and the first lady have a formal audience scheduled with her at Windsor Castle.

To welcome the 46th President, Elizabeth is treating him to an honor guard formed of the Grenadier Guards in the castle's famous quad, Buckingham Palace has announced. The guards — one of the British Army's longest-serving units — will give a Royal Salute, and the US National Anthem will be played.

The President will then inspect the troops before rejoining the Queen and first lady to watch the military march-past. Afterward, the group will head into the castle for tea.

Earlier this week: Ahead of the weekend's big meeting, the royals undertook something of a charm offensive at the G7 in Cornwall. The Queen, Prince Charles and Camilla, as well as William and Catherine, descended upon the summit for a reception at the world-famous Eden Project, a striking collection of biomes, one of which is home to the largest indoor rainforest on Earth.

The Duchess of Cambridge met the first lady on Friday. The duchess has long championed early childhood education. The pair participated in a roundtable discussion on the subject and toured a school in Cornwall.

Read more about today's meeting with the Queen here.

www.cnn.com - 4 months ago
Former Dallas Mavericks center Shawn Bradley was left paralyzed after a car struck him from behind while he was riding his bicycle in January, the team said.
Read More

An obscure service provider briefly broke the internet Tuesday. It could happen again

www.cnn.com - 2 months ago
A giant chunk of the internet briefly broke on Tuesday because of an outage at a company most people have probably never heard of before.
Read More