Who really is Best in Show when they’re all so photogenic?
Author: Andrew Das, Gabriela Bhaskar and Karsten Moran
Published: 2021-06-13 03:41 pm 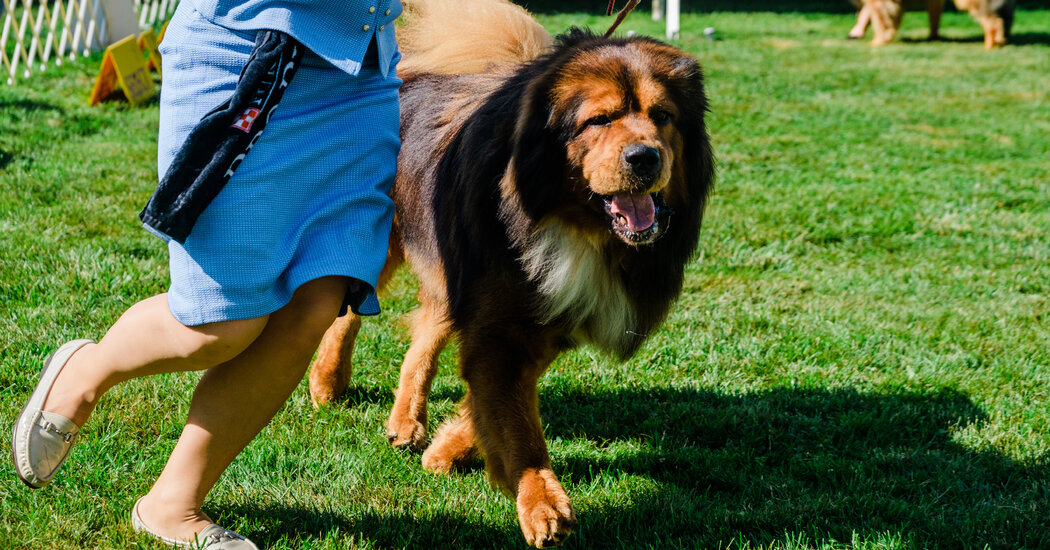 There will be a whippet named Bourbon and a Pekingese named Wasabi.

A French bulldog named Mathew — wait, shouldn’t that be Mathieu? — won the nonsporting group, and an Old English Sheepdog called Connor was judged the best of the herding entries. (He also looked big enough to eat a couple of them if the result had not gone his way.)

On Saturday night, the judges at the annual Westminster Kennel Club Dog Show whittled hundreds of entries down to four group winners. On Sunday — with judging in three more groups — the field will winnow to the final seven dogs who will compete for Best in Show.

But who is really best in show? Probably the dog you love most. And the ones in these photos.

This is Poncho, who is now free to judge all other mini bull terriers until 2022.

Wasabi the Pekingese won the toy group on Saturday, and then agreed — in the finest Pekingese tradition — to be carried off in triumph.

The feeling when you bring all the combs and brushes and clippers but leave the iron on the kitchen counter back home.

That’s a Lhasa apso, not a wig. Or hold on: Is it the other way around?

Hounds, huskies and the tools of the dog trade.

A Spanish Water Dog brought some floppy style to the herding group on Saturday.

Handlers come in all shapes, sizes and colors, even when it’s hard to tell the hounds apart. It’s the judges who have the real eye for detail.

With the pandemic keeping the public from attending the festivities at the Lyndhurst Mansion in Tarrytown, N.Y., where the dog show moved this year from Madison Square Garden, there is plenty of room to run. But first you have to slip the leash.

A Bichon Frise before the nonsporting group final. “How come that guy gets spots but I always have to wear white?”

Over 30 Trump Campaign Lawsuits Have Failed. Some Rulings Are Scathing.

www.nytimes.com - 8 months ago
As President Trump continues to litigate the 2020 election, some judges have lost all patience. Here are some excerpts of their rulings.
Read More

N.F.L. to Bar Unvaccinated Coaches From Working With Players

www.nytimes.com - 4 months ago
Pro-Beijing lawmakers have called for work by the dissident artist Ai Weiwei to be removed from a new museum, and accused local arts groups of undermining national security.
Read More

www.nytimes.com - 2 months ago
The authorities said operations had shifted from rescue to recovery for those aboard a plane that crashed into Percy Priest Lake near Smyrna, Tenn., on Saturday.
Read More
More News & Articles