On top of Bennett’s to-do list is coordinating with the U.S.

The new prime minister sent a strong signal that he, too, would oppose a new nuclear deal with Iran, but is otherwise seeking to mend fences with the Biden administration.
Author: Ronen Bergman
Published: 2021-06-13 04:42 pm 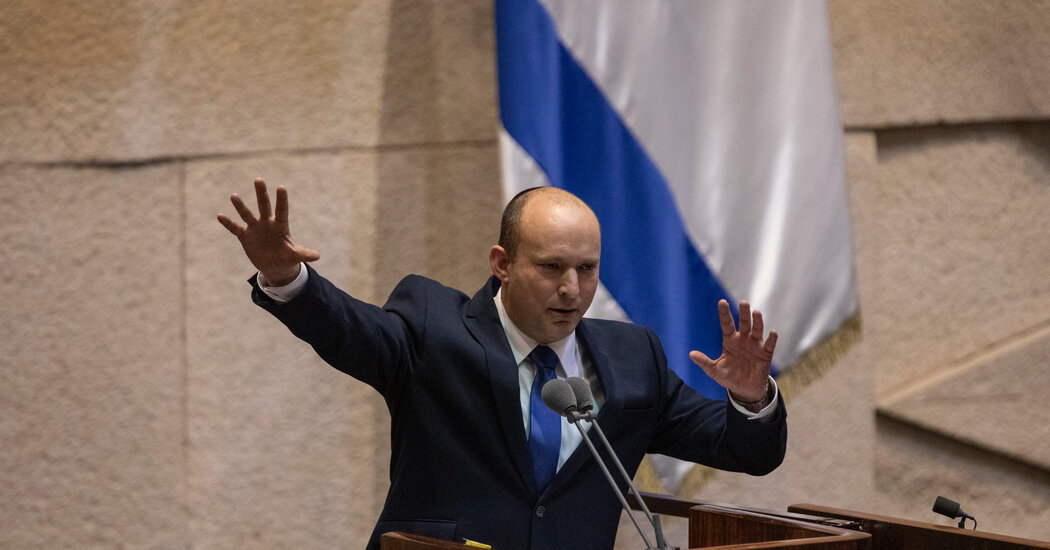 Among the most important issues that the new Bennett government will confront is how to manage political, military and intelligence coordination with the Biden administration, which will affect how it addresses almost all other foreign, national security and economic policy challenges. At the center of current dialogue is the soon-to-be-concluded, revived nuclear deal with Iran.

The defense establishment of Israel, including the military and the intelligence agencies, see Iran as the main enemy of the country, and the most difficult challenge of all.

Benjamin Netanyahu took the position that the original nuclear deal, negotiated in 2015 and known as the Joint Comprehensive Plan of Action, did not give Israel enough security from the possibility that Iran would try to develop a nuclear bomb. He also objected that the deal did not cover any other crucial topics like Iranian support for militias in neighboring countries.

This view was generally shared across the political spectrum in Israel, and was backed by most of the country’s defense establishment.It is apparently the position of the new government, as well.

“The renewal of the nuclear agreement is a mistake,” Naftali Bennett said in his opening remarks in the Knesset, Israel’s Parliament, before Sunday’s vote made him prime minister. “Israel will not allow Iran to acquire nuclear weapons and will maintain full freedom of action,” he added, using words similar to those used at various times by Mr. Netanyahu and members of his government.

The sabotage and assassination campaign against the Iranian nuclear project led by the Mossad, Israel’s spy service, continued even after President Biden was elected and negotiations to rejoin the deal began. And the Mossad’s new director, David Barnea, has hinted that these tactics could still be on the table.

“The probable agreement with the superpowers only reinforces the sense of isolation we are in on this issue,” he said in a speech he made when taking on the new post on June 1.

Mr. Barnea said that if Iran continues with its nuclear program, “it will come up against the full force of the Mossad.” Referring to Iran’s nuclear efforts, he hinted at Israel’s possible responses, saying the Mossad was “well aware of the program’s various components, the officials active within it, as well as those who give them the orders how to operate.”

Still, Mr. Bennet is considering trying to influence some terms of the new deal, an effort that Mr. Netanyahu refused to contemplate. If that happens and some of the Israeli requests are fulfilled, Israel’s opposition to the deal may decrease.

Mr. Bennet and his chief partner, Yair Lapid, have agreed that Israel will try to keep public disagreements with the United States to a minimum and not take the adversarial stand it did under the Obama administration, according to a person familiar with the negotiations that led to the formation of the new coalition. To do that, Mr. Bennet is considering replacing Gilad Ardan, the current ambassador to Washington and a longtime Netanyahu political ally, with a confidante of his own.

www.nytimes.com - 3 months ago
An analysis of a newly released database of disciplinary records shows that violence by officers continues to be a problem in the system.
Read More

‘I Don’t Have a Happy Ending’: A Pollster on What Went Wrong

www.nytimes.com - 9 months ago
Charles Franklin runs one of the most respected polls of Wisconsin. Here’s his assessment of why his survey and others missed the mark.
Read More

www.nytimes.com - 3 weeks ago
The rallies, widely viewed as astonishing for a country that limits dissent, were set off by economic crises worsened by the pandemic.
Read More

www.nytimes.com - 1 month ago
The total, the most administered in 24 hours in any country apart from China, comes as a second Covid wave recedes.
Read More
More News & Articles