Steve Nash didn’t see anything intentional or premeditated from Bucks star Giannis Antetokounmpo in the injury Kyrie Irving suffered in Game 4. Midway through the second quarter of Sunday’s loss, Irving landed on the foot of Antetokounmpo after going up
Author: Zach Braziller
Published: 2021-06-15 12:23 am 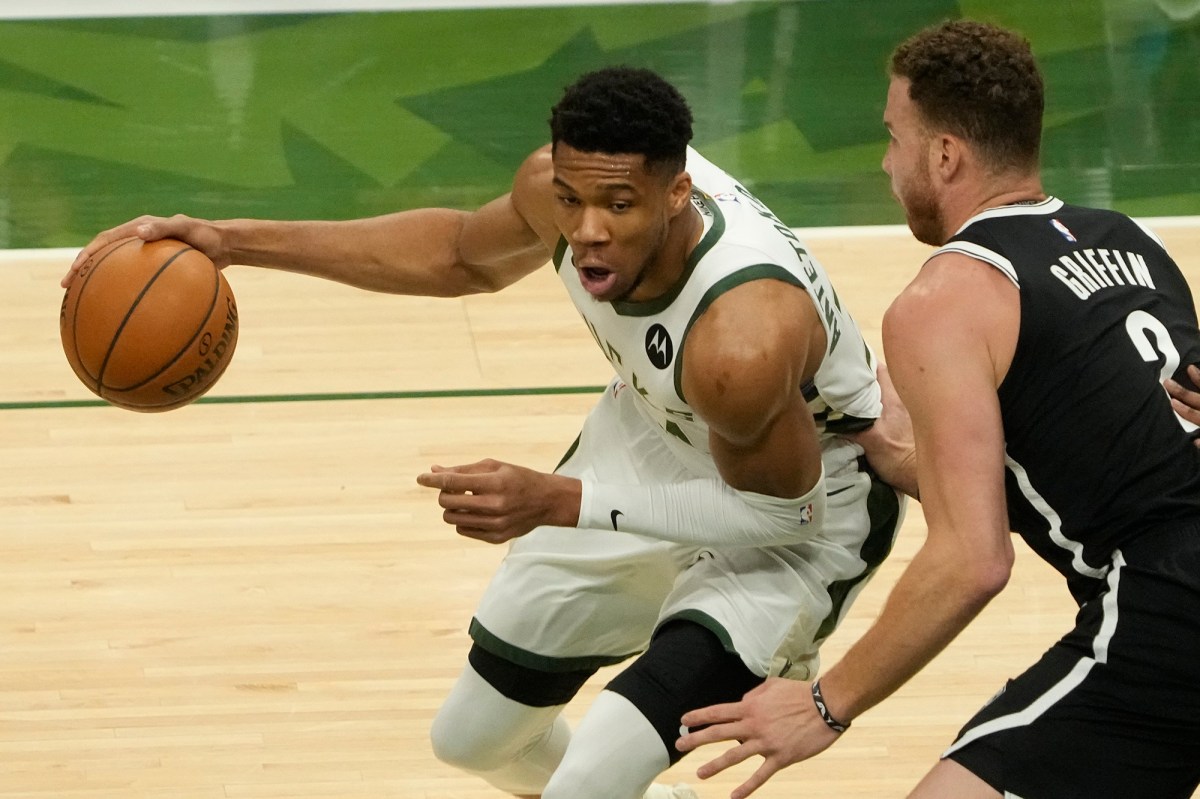 Midway through the second quarter of Sunday’s loss, Irving landed on the foot of Antetokounmpo after going up for a shot and turned his right ankle. Irving immediately went down in pain and held his right leg. On ABC, Jalen Rose said Antetokounmpo should be given a flagrant foul retroactively by the NBA for not moving out from underneath Irving.

“I wouldn’t want to go inside Giannis’ head and make any proclamations,” Nash said over Zoom on Monday. “I thought it was an awkward play. I know he ended up getting under Kyrie while he was in the air. I think it would be a big stretch for me to sit here and say he meant to do that in any way. I don’t believe that’s the type of person he is, nor is what I believe happened. It was awkward and unfortunate.”

Irving has a sprained right ankle and has been ruled out of Tuesday’s Game 5 of the Eastern Conference semifinals at Barclays Center. The series is even at two games apiece. Nash said he has “no idea” if Irving will be able to return in the series.

Nets assistant coach Mike D’Antoni had an interview with the Trail Blazers for their vacant head-coaching position on Monday, but he didn’t go all the way to Portland for it, Nash said. D’Antoni has coached the Suns (when Nash was a player), Knicks, Lakers and Rockets.

“He’s been here doing everything with us,” Nash said, and joked: “I don’t like to fine my coaches, but if Mike steps out of line and I’ve gotta levy a big fine, I will definitely do so.”

Nash admitted the games have been called somewhat differently in Brooklyn compared to Milwaukee, particularly when it comes to Bucks forward P.J. Tucker’s physical defense on Kevin Durant. After the Game 4 loss, Nash said Tucker’s defense was “non-basketball physical at times.” Durant and Tucker got into a confrontation in Game 3 with both being assessed technical fouls.

Durant, when asked about the officials, didn’t voice his displeasure about the situation.

“I try not to let the refs get in the way of how I play and just focus on me,” he said. “Sometimes you may want calls or you may see teams playing more physical but at the end of the day, just try to focus on what I can control, which is myself.”

nypost.com - 7 months ago
Everybody loves a good narrative. Except for those who are on the wrong end of one. That’s where Ravens quarterback Lamar Jackson stands entering Sunday’s compelling AFC wild-card playoff showdown at Tennessee. Jackson’s failure to win a playoff game,
Read More

nypost.com - 7 months ago
The incidents happened between Nov. 17 and Dec. 28, as the women, aged 24 to 32, walked on stairs or ramps of the Morgan Avenue L train stop in East Williamsburg, according to police, who never publicized the disturbing spate of assaults.
Read More

nypost.com - 6 months ago
TikTok’s Chinese parent company has scrapped its plans to sell the video-sharing app’s US operations, according to a new report. Beijing-based tech giant ByteDance has shelved its proposed deal with American firms Oracle and Walmart now that former
Read More

nypost.com - 5 months ago
The U.S. Department of Homeland Security on Saturday ordered an emergency agency that usually responds to floods, storms and other major disasters to help care for a growing number of migrant children arriving at the U.S.-Mexico border. DHS Secretary
Read More
More News & Articles