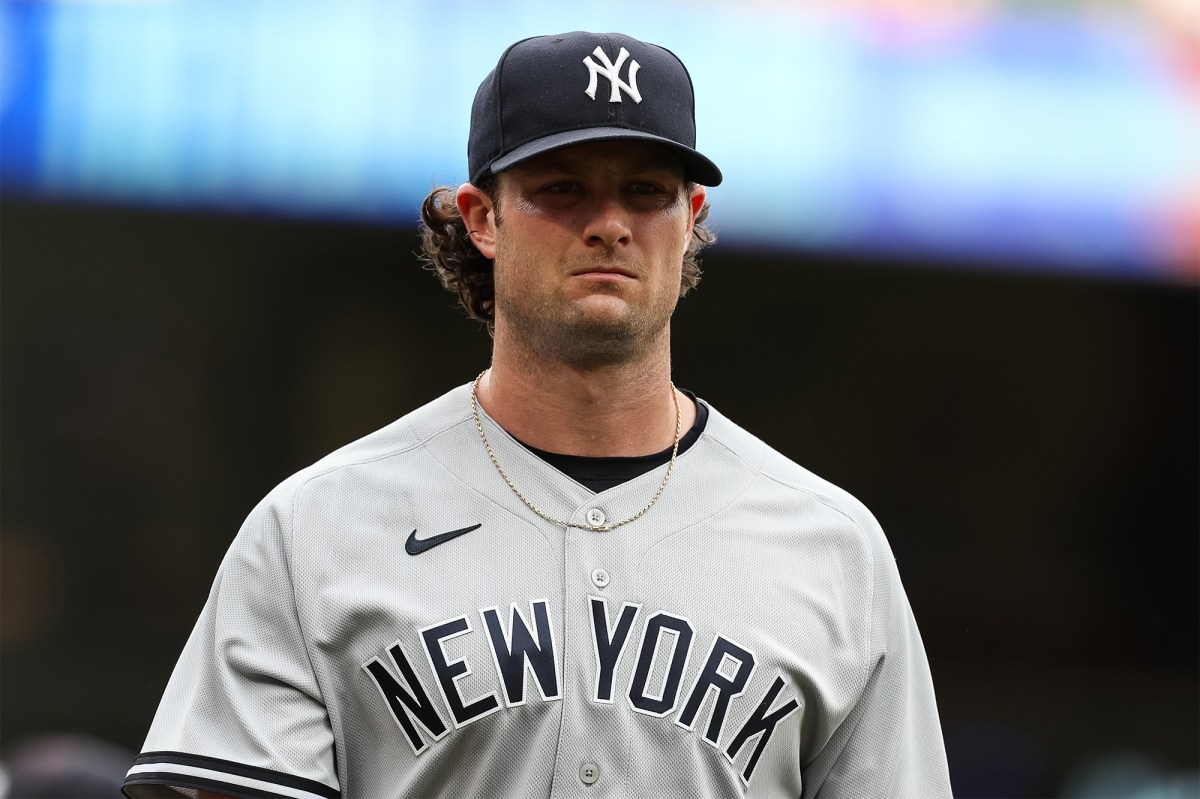 MLB is finally getting a grip on its sticky situation.

The league is expected to announce Tuesday it will suspend players caught with any foreign substances 10 days with pay, ESPN reported Monday, a measure largely aimed at pitchers who have been accused of doctoring baseballs to improve performance.

While pitchers for decades have used foreign substances, such as sunscreen mixed with rosin to solidify their grip, the league has largely looked the other way because it is so widespread.

But Spider Tack is more effective at increasing spin rate and is believed to be behind the strikeout surge MLB is aiming to end.

Under the league’s new penalty, all foreign substances will result in a suspension.

The announcement won’t come as a surprise, as the minor leagues this month began suspending players who use foreign substances.

“I don’t quite know how to answer that, to be honest,” a visibly uncomfortable Cole said this month when asked by The Post whether he had used Spider Tack. “There are customs and practices that have been passed down from older players to younger players to the last generation of players to this generation of players, and I think there are some things that are certainly out of bounds in that regard, and I’ve stood pretty firm in terms of that, in terms of the communication between our peers and whatnot.”

On Monday, fellow Yankees pitcher Corey Kluber was accused by a former Angels clubhouse employee of using a sticky substance on the mound.

MLB is no stranger to cheating scandals, from the steroid fiasco that rocked the sport in the early 2000s, to the Houston Astros’ sign-stealing scandal that was uncovered in 2019, two years after the cheating had taken place.

nypost.com - 2 months ago
Speaking during the conclusion of the G-7 summit of world leaders in Britain, Biden was asked about Putin's proposal about each country turning over cybercriminals.
Read More

nypost.com - 4 months ago
Sharpshooter/Brooklyn resident JJ Redick will finally join the Mavericks in New York on Thursday and will hold an introductory Zoom press conference. And Redick will be on the bench when Dallas faces the Knicks Friday at the Garden – still out with a heel
Read More

nypost.com - 8 months ago
A Long Island state legislator who was targeted by police unions and his Republican foe as backing anti-cop legislation has pulled off a big comeback and is now projected to be re-elected, according to the New York Democratic Party. State Sen. Kevin Thoma
Read More
More News & Articles