New video shows Atlanta police ignore a drive-by shooting in a suburb -- prompting outrage from a community leader who is pushing for the neighborhood to secede from the violent city over the rising crime.
Author: Jesse O’Neill, Joshua Rhett Miller
Published: 2021-06-15 07:15 pm 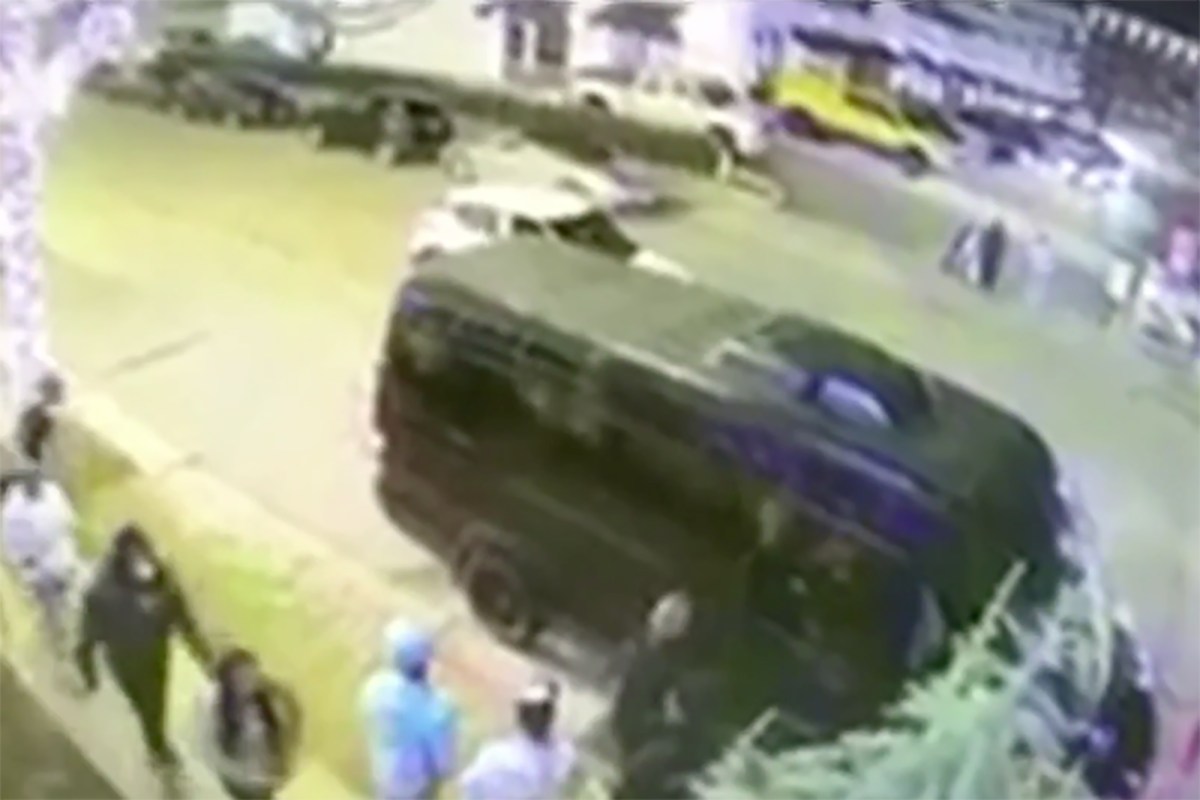 New video appears to show police in Atlanta ignoring a drive-by shooting in an upscale residential neighborhood — prompting outrage from a community leader who is pushing for the enclave to secede from the city over the rising crime.

A bullet penetrated the van and hit a pedestrian, as police sat nearby and failed to pursue the suspect amid new rules on police chases, White said on the show.

He did not specify when the footage was taken in a clip he shared to Twitter, but police said the incident happened Jan. 3.

“You can see as the car drives by there’s two blue lights shimmering off of that reflection on the truck. You know what those are? Those are two Atlanta Police officers in marked cars with their lights on.

“My friend who took that video ran down to find out why in god’s name they didn’t chase that person who attempted to murder all those people. And they were told that Mayor Bottoms issued an order not to chase cars around Atlanta because she doesn’t want police getting in accidents.”

The non-pursuit policy was actually implemented by police officials in 2020, and reversed earlier this year with revisions that allows cops to chase suspects who have committed murder or involuntary manslaughter and who present an imminent threat of death or serious injury. A supervisor must approve any police pursuits.

“The policy itself is much more restrictive than it has been in the past,” Police Department Interim Chief Rodney Bryant told the Atlanta Journal Constitution in January. “After we added significant restrictions to it, we lifted the suspension.”

In a lengthy statement to The Post, Atlanta police officials took issue with White’s narrative of the incident — saying it contained “blatant falsehoods, and distorted facts,” while adding it is “extremely frustrating to see our efforts minimized.”

The department is “proud of the efforts” of the officers and are “confident the person behind this shooting will be brought to justice,” Chafee said.

The Buckhead City Committee is demanding emergency hearings in its efforts to leave Atlanta and form a separate municipality with its own police force, White said last week.

“Given everything that’s been going on here, it’s getting worse and worse and worse,” he told Fox News. “So what we’re doing because of the murders going through the roof and the attempted murders, and the lack of leadership and nothing changing — the insanity continues — is we’re demanding emergency hearings on our cityhood bills.”

Murders in the neighborhood had increased from five by the end of last month in 2020 to seven across the same time period this year. Killings were up 63 percent in the entire city, according to the report.

The push for secession comes a week after a suspect allegedly shot a pedestrian, fired at joggers and ran over another man in a Buckhead crime rampage.

nypost.com - 7 months ago
The number of new print magazines launched in the US dropped by more than half in 2020 to 60, compared to 139 a year earlier. But in a surprise move, the pace of new launches accelerated in the second half of the year with food, home and fitness titles
Read More

Missing dog reunited with owner after 5 years on the street

nypost.com - 4 months ago
She’s one lucky dog. An adorable pooch that went missing five years ago was finally reunited with her owner after ruff-ing it alone on the streets of Massachusetts, according to a report. “How did this dog eat? How did it make five winters in
Read More

Man stabbed in back in wild NYC subway brawl: Video

nypost.com - 2 months ago
A man got stabbed in the back with his own knife during a wild brawl inside of a Harlem subway station on Monday morning, according to the NYPD.
Read More

nypost.com - 9 months ago
Well, he isn’t a bald-faced liar. Twitter CEO Jack Dorsey faced a Senate panel on Wednesday after coming under fire over censorship concerns — where he falsely claimed he’d lifted a ban on users posting The Post’s articles on Hunter Biden. But that wasn’t
Read More
More News & Articles