Three years after ad controversy, D&G is still struggling to win back China 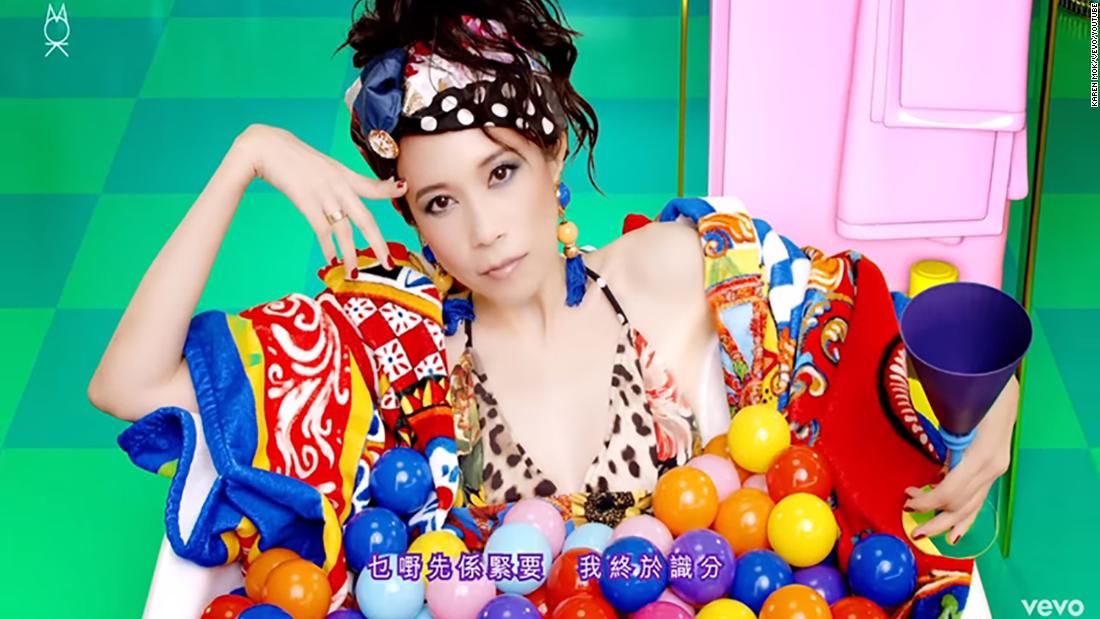 Chinese consumers have neither forgiven nor forgotten Dolce & Gabbana.
Almost three years after the luxury fashion brand was dragged into a race row over a series of controversial ads -- and offensive private messages allegedly sent from co-founder Stefano Gabbana's Instagram account in response -- D&G appears to still be a label non grata on Chinese social media.
Over the weekend, Hong Kong pop singer Karen Mok came under fire on social media for wearing a D&G cloak in the music video for her new song, "A Woman for All Seasons." The backlash was swift, with a hashtag about the incident viewed 490 million times on Chinese microblogging site Weibo as of Thursday.
(image)

Karen Mok wearing D&G in her music video "A Woman for All Seasons." Credit: Karen Mok/Vevo/YouTube

Users criticized Mok for insulting China, with one calling her a "two-faced person who comes to the mainland to make money." And while others defended the singer, her studio Mok-a-Bye-Baby-Workshop released a statement Monday saying that it "checks all partner brands" but had "neglected to conduct an in-depth investigation" on this occasion.

"We apologize and hope to be forgiven by the public," the statement read. The music video has since been purged the from the studio's official channels. "I am truly sorry for being reckless this time. I have no excuse. My team and myself are definitely in the wrong here," Mok later told reporters.
(image)

The backlash only added to D&G's woes in mainland China, where a series of controversial promotional videos released in 2018 continue to affect the brand's reputation. The ads, which were posted ahead of a Shanghai fashion show, depicted a Chinese model struggling to eat pizza, cannoli and pasta with chopsticks.

Set to a soundtrack of stereotypical Chinese music, the videos featured a patronizing Mandarin voiceover instructing her how to eat the Italian dishes. At the time, D&G apologized for the videos, and said they were "unauthorized" posts. But the ads were berated online by many social media users as racist and disrespectful of Chinese culture.

Matters worsened for the brand when screenshots of private messages on Instagram appeared to show D&G co-founder Stefano Gabbana responding to the ad controversy with a series of derogatory remarks about China and Chinese people. Alleged screenshots, which circulated on social media -- and were posted to Instagram by fashion watchdog account Diet Prada -- showed messages, allegedly sent from Gabbana's account, describing China as "the country of..." before a string of excrement emojis.
At the time, D&G said that Gabbana's -- and the label's -- accounts had been "hacked." The Italian designer denied sending the messages. The brand this week declined to comment on the incident or any other aspect of this story.

The fallout from the 2018 incident was immediate. Social media users filmed themselves destroying D&G products and mentions of the brand surged by 2,512% on Weibo, according to a report by research firm Gartner. The brand's Shanghai fashion show was canceled just days later, and its products were pulled from Chinese ecommerce sites. Gartner reported that D&G went completely dark on Weibo for over three months.
(image)

Chinese models and celebrities, including popstar Karry Wang, terminated their contracts with D&G en masse, while "Crouching Tiger, Hidden Dragon" actress Zhang Ziyi said via her studio that she would never buy or wear the brand again. Hong Kong actress Charmaine Sheh was later criticized online for simply liking one of the brand's Instagram posts. Zuo Ye, the model who starred in D&G's controversial 2018 videos, meanwhile said that her career had almost been ruined and that she, her family and her agent had "received lots of attacks and threats online."
The brand has not signed a major mainland Chinese name since the incident. For a 2020 Chinese Valentines Day campaign, it used a combination of White and CGI models, dubbed "virtual idols." And although hiring Chinese celebrity ambassadors and influencers could represent a way to regain trust in the country, it would be "career suicide," according to Shaun Rein, founder and managing director of China Market Research Group.

According to Rein, it is the alleged Instagram messages, rather than the ad campaign itself, that continue to affect the label's reputation in China. "It's probably the only brand that I've seen the Chinese stay angry at for so long," he told CNN.

The label's recent moves to sue Diet Prada for defamation have only continued to "keep the story alive," added Rein, who likened it to the "Streisand effect," whereby attempts to cover something up only draws more attention to it. The lawsuit, which D&G declined to comment on, has created the impression that Gabbana "was mad that his private correspondence got out," Rein said, adding that Chinese consumers felt the messages were "the true feelings, potentially, of the founder denigrating the Chinese people" -- despite the fact that Gabbana and co-founder Domenico Dolce filmed an apology video shortly after the 2018 incident.

Not that the video won them any goodwill at the time. "(It was) like he was trying to save money and his brand, but it wasn't coming from the heart," Rein said. "Because again, if you say something publicly but then allegedly say 'Chinese are s**t' in private, then who's going to believe you?"

The online furor has had real-world ramifications for D&G. In 2018, the brand had 58 boutiques in China, according to NPR. Three years on, its website lists just 47, with shops recently closing in Beijing, Shanghai and Chengdu, according to industry publication Business of Fashion.
The label remains entirely frozen out of major Chinese e-retailers Tmall and JD.com, both of which pulled the brand from its virtual shelves soon after the 2018 incident. According to Rein, it is unlikely that the platforms will stock the brand anytime soon, as they are "petrified by these nationalistic consumers."

"If you can't sell on Tmall, you can't do business in China," he said, adding: "If I were Dolce and Gabbana, I would take two or three years off from investing in China."

It is a bad time to be locked out of China's luxury consumer market, which consultancy Bain & Company estimates it doubled in size in 2020 to $54 billion. D&G's Asia-Pacific market meanwhile shrank by 3% between March 2018 and 2019, according to Reuters, which reported seeing company documents saying the brand expected a further decline in sales for the following year.
D&G is by no means the only label to suffer the ire of Chinese consumers. Brands including H&M and Nike have recently faced boycotts after expressing concerns that cotton from the Xinjiang region is allegedly being produced using forced labor. By unintentionally wading into issues from the Hong Kong protests to Taiwanese sovereignty, numerous other clothing companies have also experienced backlash in China, though none appear to have yet suffered the long-term consequences experienced by D&G.
The West appears to have been more forgiving. Although no major stars were seen wearing D&G on 2019's Golden Globes or Oscars red carpets -- both of which happened within months of the ad controversy -- the label has since returned to the pages of magazines like British Vogue. It has also been publicly worn by celebrities including Kim Kardashian, Priyanka Chopra and Lizzo in recent months.

Whether D&G can manage a similar feat in China remains to be seen.

"Frankly," Rein concluded, "I think it's a lost cause."

www.cnn.com - 3 months ago
Amazon has announced that it will raise wages for more than 500,000 workers — but it's not planning to increase its $15 per hour minimum wage.
Read More

www.cnn.com - 1 year ago
The coronavirus pandemic -- and the official responses to it -- caused the world to come crashing down overnight on small businesses, disrupting operations and putting many out of commission altogether.
Read More

As Trump refuses to concede, an agency run by one of his appointees has yet to sign off on funds and national security tools needed to help the Biden administration

A look back at the reign of the Emir of Kuwait