The former Minneapolis police officer is awaiting trial on murder and manslaughter charges after a video captured him kneeling on Mr. Floyd’s neck in May.
Author: Nicholas Bogel-Burroughs
Published: 2020-10-07 02:24 pm 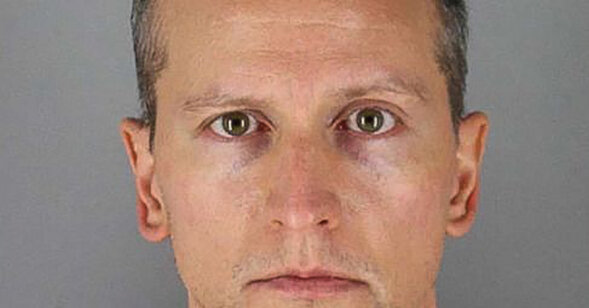 The former Minneapolis police officer charged with killing George Floyd was released from jail on bail on Wednesday as he awaits trial on charges of second-degree manslaughter and second-degree murder.

Derek Chauvin, the former officer, posted bail and was released from the Hennepin County Jail at 11:22 a.m. local time, according to online jail records and a notice filed with the court. His bond had been set at $1 million, and court records indicated that he used a bail bond agency to pay for his release. His lawyer did not immediately return inquiries seeking details.

Mr. Chauvin, who is white, was fired from the Minneapolis Police Department and charged with second-degree murder and second-degree manslaughter after video captured him kneeling on the back and neck of Mr. Floyd, who was Black, for more than nine minutes in May. Mr. Floyd was pronounced dead at a hospital that night. Mr. Chauvin has been in custody since he was charged in May.

Three other officers who were at the scene were also fired and are facing criminal charges.

Mr. Floyd’s death led to protests across the globe and marches in the United States that lasted for weeks. It also brought attention to other police killings of Black people, including the death of Breonna Taylor in Louisville, Ky.

Should Young Americans Be Required to Give a Year of Service?

www.nytimes.com - 2 months ago
A year of teamwork could help bridge our social divides.
Read More

www.nytimes.com - 6 months ago
The explosion in Belle sent shrapnel flying across a river, and as a precaution officials told residents to shelter in place, closed a highway and shut down nearby schools.
Read More

www.nytimes.com - 2 months ago
Thousands of passengers were able to move freely between the two countries for the first time in a year, prompting celebrations both official and personal.
Read More

Mediators Push to Restore Cease-Fire in Gaza After Overnight Strikes

www.nytimes.com - 1 day ago
Foreign diplomats worked to calm tensions on Wednesday after the first armed exchange between Hamas and Israel since an 11-day air war in May.
Read More
More News & Articles