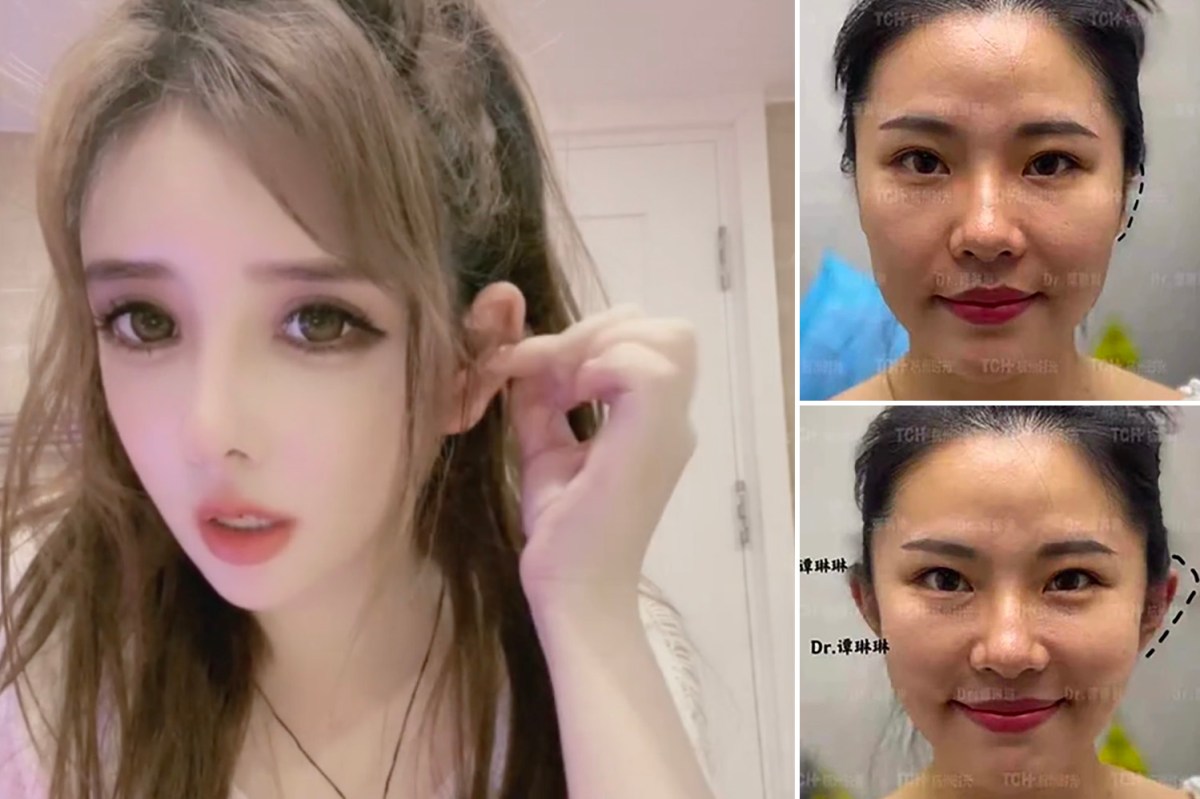 For centuries, pointy elven ears were viewed by many as an undesirable beauty flaw — now young people are lining up to get them.

In China, many women are getting dangerous plastic surgery to attain “elf ears.” Most, though, are not striving to look like J. R. R. Tolkien’s Legolas or J.K. Rowling’s Dobby. These beauty seekers claim that by enlarging their ears, their faces look slimmer and thus more attractive.

“The results are very obvious,” Song Yao, a clothing store owner from Hangzhou who underwent the surgery, told Vice. “You can see my ears from the front, and overall I look more energetic.”

Song perked up her ears for about 10,000 yuan, or $1,560, in part because many Chinese female celebrities were also hyping the trend.

“I only realized that actually many young people, mostly post-2000s, were looking for ways to make ‘elf ears’ after I helped one online celebrity do it at the beginning of last year,” Dr. Yu Wenlin, of the Gaoshang Medical Cosmetic Center in Guangzhou, told the South China Morning Post. “Then more and more people came to me after that.”

Dr. Wenlin now performs up to six of the surgeries daily.

The procedure to get these elf ears typically involves injecting hyaluronic acid, which is often used in dermal fillers, into the ears so that they become plump. Others insert a piece of cartilage behind the ear to prop it forward so that they are visible from a frontal face view.

Protruding ears are traditionally considered a symbol of good luck in China, which has helped the elf-ear trend to take over local social media platforms like Weibo, where a Chinese hashtag translating to “elf ears plastic surgery” has attracted over 700 million views. Many videos of users with surgically altered ears have also gone viral on Douyin, China’s version of TikTok.

“It is magic! I haven’t changed anything on my face and yet all my friends said I look different the day I got it done. (My face looked smaller, and I looked smarter etc),” one happy patient said of the cosmetic procedure on the Chinese lifestyle sharing platform Xiaohongshu.

However, despite all the newfound popularity, the trend has received a lot of pushback both from social media users and medical professionals. Another viral hashtag on Weibo garnering over 200 million views asks: “What do you think of social appearance anxiety progressing to involve the ears?”

Many users noted in comments that these body modifications do not make someone more beautiful — especially when the trend may die out soon.

“I dare to say that after this ‘elf ear’ frenzy, there would be an army of beauty seekers requesting to get their original ears back, just like those ‘online celebrity nose,’ ‘European-style double-fold eyelids,’ etc. that once were very popular,” Wang Jiangyun, a cosmetic surgeon at the Third People’s Hospital in Zhengzhou, told South China Morning Post.

Cosmetic procedures to get these elf ears come with substantial risk factors.

“The first is infection around the ear after surgery, which is very tricky to treat; the second is embolism caused by injecting hyaluronic acid into blood vessels, which may be fatal,” Dr. Liu Yufeng, chief physician of the plastic surgery division at the Second Hospital of Nanjing, told Vice.

Although not the exact procedure, an Australian woman who wanted elf ears in order to look like a character from “The Lord of the Rings” in 2016 said that a botched cosmetic procedure left her left ear with horrific scar tissue. An 11-year-old girl in Virginia even underwent cosmetic surgery in 2018 to fix her “elf ears” due to vicious bullying.

Although many doctors caution against getting surgery to look like elves in the movies, the current craze could continue to thrive. After all, China’s cosmetic surgery market nearly tripled from 2015 to 2019 and continues to grow yearly. The market generated 177 billion yuan ($27.7 billion) in 2019 alone, according to a report released by Deloitte Consulting in January 2021.

nypost.com - 5 months ago
One of the co-founders of Black Lives Matter is calling for a boycott of the royal family after Meghan Markle’s disturbing allegations of racism, according to a report. Opal Tometi, 36, appeared on TMZ Live to urge people to turn against the monarchy
Read More

Hamas unloads on Ilhan Omar — for comparing terror group to the U.S.

nypost.com - 2 months ago
Ilhan Omar is getting heat from all sides now. After get criticized by some fellow Democrats after comparing the US and Israel to Hamas, the terror group chimed in to denounce her words.
Read More

Walmart’s ‘Made in the USA’ claims under fire again

nypost.com - 6 months ago
Walmart is once again playing fast and loose with the rules when it comes to labeling goods “Made in the USA,” according to an industry watchdog. The world’s biggest retailer — which five years ago managed to dodge a federal inquiry over its labeling
Read More

nypost.com - 5 months ago
New York’s lieutenant governor must reveal what she knows about the scandals engulfing Gov. Andrew Cuomo and stop hiding behind a “BS statement,” the leader of New York’s Republican Party said Wednesday. “Cuomo’s victims are not silent. They are growing
Read More
More News & Articles