Phil Mickelson’s US Open dream is over: ‘Completely lost it’ 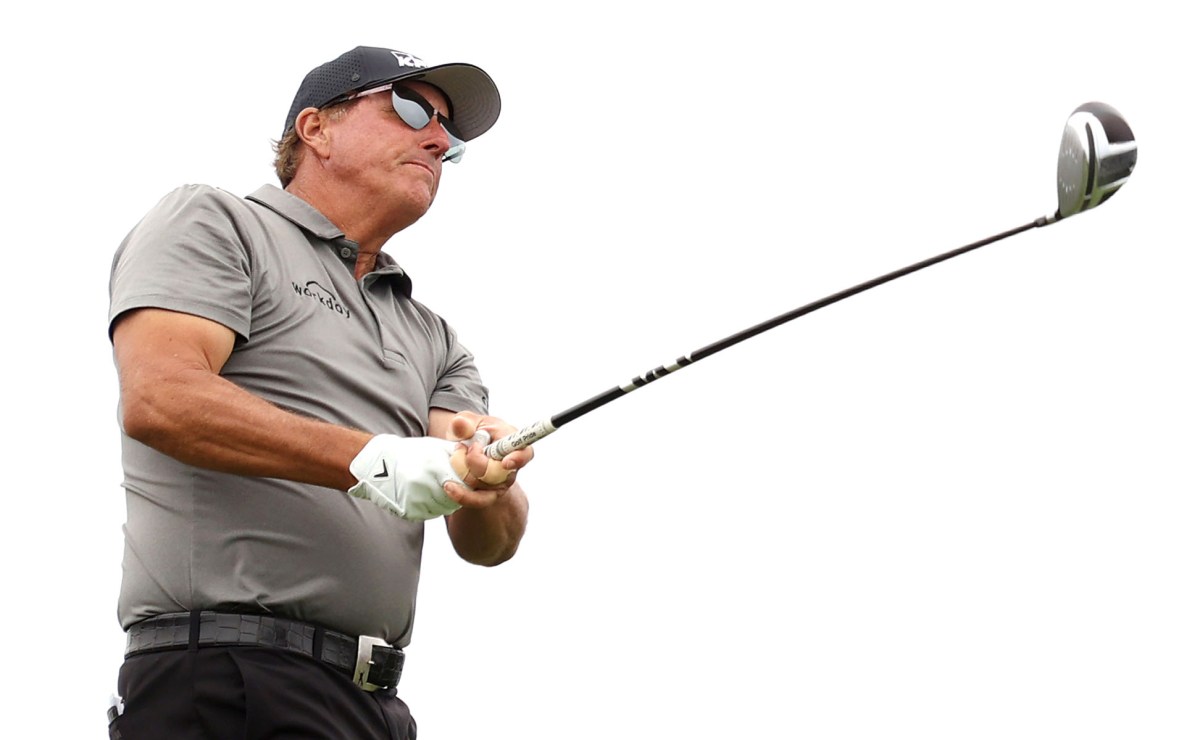 SAN DIEGO — When Phil Mickelson left Torrey Pines on Friday after seemingly playing his way back into contention for the U.S. Open with a 2-under 69, he was sure he had a third-round run in him.

That never materialized Saturday, however, as Mickelson, who needs a U.S. Open win to complete the career Grand Slam and a six-time runner-up in the event, played himself out of the tournament with a 5-over 76. That left him at 7-over for the week, 12 shots behind the leaders.

“I played really well [Friday] and thought I had it, I was going to make a run, and I just completely lost it today,’’ Mickelson said. “But I was sure appreciative of the chance to play here in a U.S. Open on a place that is special to me and I grew up playing. I’m just grateful to have this chance. I get one more round.’’

Thanks to his PGA Championship win last month, Mickelson, who turned 51 on Wednesday, is exempt for the next four U.S. Opens.

“I know I’m playing a little bit better, but I just kind of lost it on Thursday and today,’’ he said. “I’ll play the next two weeks in Hartford and Detroit and try to add to the momentum I created at the PGA and see if I can continue that good play.’’

Englishman Paul Casey shot the round of the morning Saturday with a 4-under 67 to get to even for the tournament.

“Any time you can have seven birdies in a round of golf at a U.S. Open, it’s a good day,’’ Casey said. “There was nothing to lose for the early guys this morning like myself.’’

Casey was paired with Jordan Spieth, who shot a 3-under 68 and said, “We just kind of fed off each other and got going.’’

Casey is battling to earn a spot on the England Olympic team, with his primary competition Matthew Fitzpatrick, who shot 72 and is 4-over for the week. “You couldn’t even slide a piece of paper between Fitzy and I, can you?’’ Casey said of how close the points standing are. “I mean, it’s like, try not to think about it.’’

It was a special day for Mike Davis, the outgoing CEO of the USGA, and former PGA Tour player Jason Gore.

Davis, who’s retiring after a 32-year run with the organization, which conducts the U.S. Open, caddied for Gore in the third round. Gore, a former PGA Tour winner who’s now the USGA player relations director, served as a marker.

With 71 players having made the cut, Gore played alongside 19-year-old Akshay Bhatia so Bhatia didn’t have to play alone. Bhatia shot 2-over 73. The 47-year-old Gore, who stopped playing on tour in 2019, shot 77.

Gore had tried to qualify for this U.S. Open, but fell short in the Dallas final qualifying site.

“My whole goal today was to just stay out of Akshay’s way,” Gore said. “I was there for him to make sure his day just kind of flowed nicely. It’s awkward to play by yourself. I went to him on the practice green this morning, ‘I’m here for you. If you need anything, just I’ll stay out of your way. If I’m in your way, tell me to shut up.’ ’’

Davis toted a light carry bag with a stand with a USGA logo on it. Gore joked that Davis’s “raking skills are phenomenal, by the way, he’s got a lot of practice.”

Bhatia called it “a cool experience,” adding, “I grew up in Valencia, [California] where Jason grew up, and I always used to see him at this crappy golf course that I practiced at and just admiring [him] because everyone knew him as a guy on the PGA Tour, and it’s like, ‘Wow, that’s really cool.’ Then I don’t even know, 10, 20, 15 years later, I’m playing with him in my first U.S. Open.”

Gore made a run at winning the U.S. Open in 2005 at Pinehurst, where he played in the final group in the fourth round with Retief Goosen. But he shot 84 and finished tied for 49th. He missed the cut at Torrey Pines in 2008.

Davis, 56, said the last time he caddied was as a teenager at Chambersburg (Pa.) Country Club.

Gore will play again Sunday in the same role. Asked if he’ll be looping again, Davis said, “No, he’s getting a real caddie tomorrow.’’

nypost.com - 7 months ago
Imagine waking up Christmas morning to the surprise of a big box under the tree, getting all excited about the gift you really wanted but felt foolish asking for — and then seeing someone else’s name on the tag. That’s the Giants and the playoff race. So,
Read More

nypost.com - 9 months ago
Prominent Democrats are vowing that Republicans will rue the day they confirmed Supreme Court Justice Amy Coney Barrett. Democratic lawmakers both in and out of the Senate, which voted to confirm President Trump’s nominee to the nation’s highest bench on
Read More

nypost.com - 3 months ago
Ghislaine Maxwell’s lawyers have asked a judge to delay the start of her trial in light of the new indictment against her — citing, in part, the need to look over thousands of ‘highly confidential’ photos. The photographs, of which there are 2,100, are
Read More