CNN anchor Brian Stelter said Sunday on his show "Reliable Sources" that the news media is nationalizing outrage to the point that it is "almost paragraphic."
Author: Pam Key
Published: 2021-06-20 01:27 pm 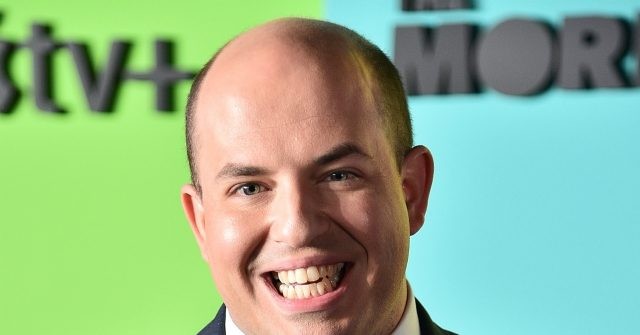 CNN anchor Brian Stelter said Sunday on his show “Reliable Sources” that the news media is nationalizing outrage to the point that it is “almost paragraphic.”

Time magazine columnist David French said, “What’s really important to understand is we live in something called negative partisanship. That means people are Republicans not so much because they love Republican ideas but because they dislike Democrats. People are Democrats not because they like the ideals but because they don’t like Republicans. There is a market for justification of that animosity. In other words, if I’m on Twitter, at any moment, there’s always somebody doing something crazy somewhere, so you can find that fuel. Oh, in Topeka, at a Costco, someone yelled at someone for wearing a mask. Look what they’re like. In Des Moines, some kid got his MAGA hat knocked off his head. Look what they’re like. You’ll always find that fuel. What that fuel does, it actually communicates inaccurate information about your political opponent. There is now a lot of research that says the more engaged you are in political media, the less informed you are about the actual viewpoint of your opponents because you’re constantly exposed to their worst, you’re never exposed to their best.”

Stelter said, “Right, so you’re saying if you’re only hearing about the most radical, random, you know, New York city liberal — more than liberal — leftist, hippie, if you think that’s your opponent and you have a completely wrong-headed sense of what the other side is, in this nationalization of outrage there is always some piece of content to get angry about. I was talking about Fox, but it would seem to me Facebook and Twitter are very much a part of this problem because there’s always something you can click on and get angry about.”

He added, “It’s almost pornographic if you’re living in the middle of the country reading about San Francisco all the time. By the way, there’s problems in cities. There’s problems everywhere. If you read about them constantly, you’re going to blow them out of proportion.”

www.breitbart.com - 2 months ago
Biden turned down an offer from Senate Republicans to increase spending in their proposed infrastructure bill to nearly a trillion dollars. White House press secretary Jen Psaki noted that Joe Biden was not satisfied with the offer, demanding more
Read More

www.breitbart.com - 10 months ago
Sen. Ed Markey (D-MA) on Monday called to “disarm” all police officers of “weapons of war” and demanded a nationwide ban on various nonlethal forms of protection, including tear gas.
Read More