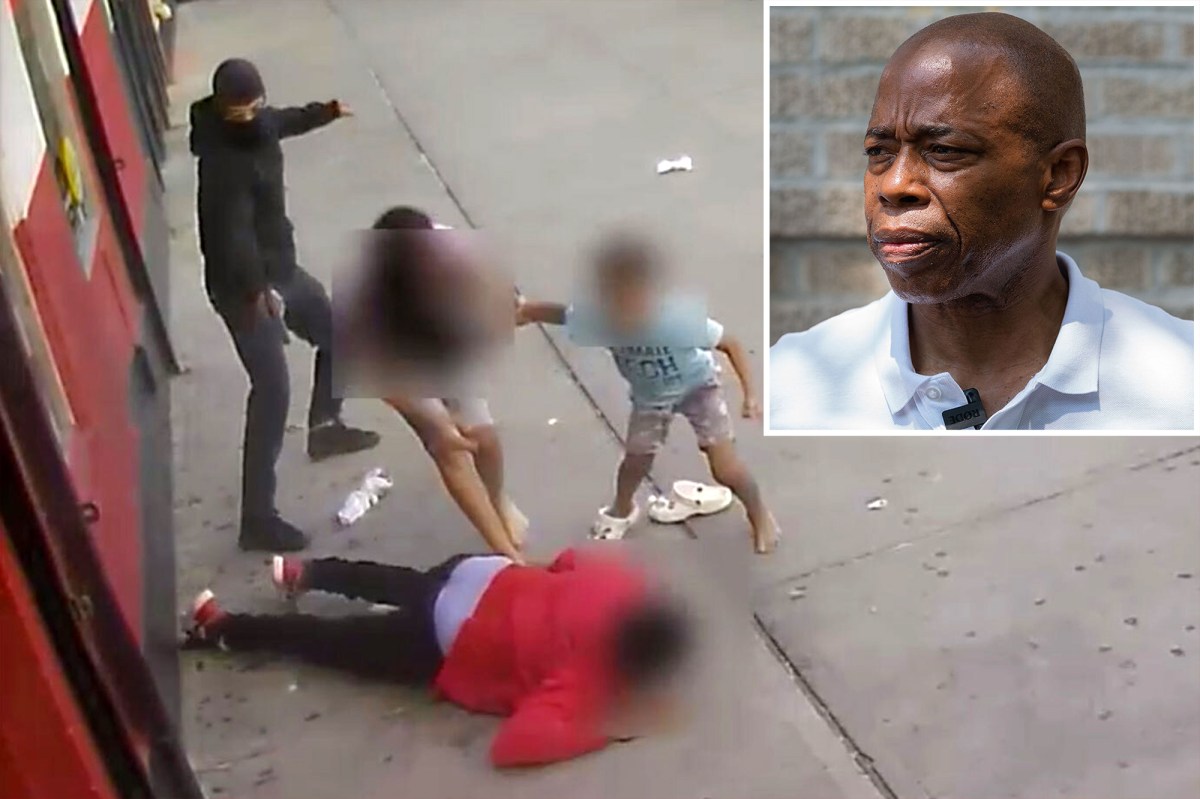 When the gunman in the black sweatshirt came crashing down Sheridan Avenue in The Bronx last week, blazing away at some other chump, a little girl in the line of fire with her even littler brother knew what to do: In the blink of an eye she covered the boy with her body – and waited for whatever was to come.

In the event, it was nothing and thank God for that – but she’s only 10 years old, he’s just five and if the now-viral video doesn’t break your heart you don’t have one.

Really. Marines get the Medal of Honor for that sort of thing – instinctively offering themselves to save buddies in peril. But they’re Marines.

This was a child, and she understood in the moment what had to be done – which says she lives a reality that I simply cannot comprehend. No medal for her, though – just PTSD at age 10, and isn’t that wonderful.

Welcome to the new normal? It doesn’t have to be.

Because Tuesday is Primary Day – when New Yorkers effectively will choose a new mayor – and the Sheridan Avenue near-calamity, in all its horrifying awfulness, presented a critical test of leadership.

Eric Adams passed, and the other principal candidates did not.

“This is New York,” said the Brooklyn borough president Saturday, “this is not a third-world . . . war zone.” And then he added $2,000 of his own money to a reward for the capture of the gunman in the black sweatshirt.

Words, you say? Perhaps. But Adams is an ex-cop, his anger Saturday seemed evident, his diagnosis spot-on and his prescription precise. No more, he said, and here’s cash money – his money! – to help make that happen.

Compare this with the anodyne oatmeal – or silence – from his leading rivals.

Andrew Yang: “We have to turn this around as quickly as possible” – bloodless, evasive and glib.

Kathryn Garcia: “We need immediate action,” – in the form of a 10,000-guns buy-back program, and good luck with that tired old nostrum.

Maya Wiley: Nothing, as befits the lady who clearly hates cops more than she loves New York City’s kids; she’s the one, after all, who blamed the NYPD for the gunfire murder of a Queens 10-year-old June 5.

There is no authenticity in any of that, no passion, no connection to the obvious and understandable fear of random, lethal violence that is dominating all the issues polls.

Contrast this with Adams, who was a cop during the crack wars – back when mothers were putting their babies to bed in bathtubs for fear of stray bullets splintering through walls.

Today he’s showing New York City the money, his own, and while there is a lot of theater in the gesture, it’s not hard to imagine Ed Koch smiling in approval – him being the master of the exquisitely relevant signal.

And Ed Koch was a pretty good mayor.

That’s no guarantee Adams would be. Politicians are born to disappoint, after all, and I’ve been on the fence about this guy with a lot of history, some of it dubious.

Until Saturday, when Eric Adams demonstrated that –  at this precise moment – he gets it. That’s a start, and it’s good enough for me.

nypost.com - 4 months ago
The US Army has reportedly denied a request to return medals of valor to a retired major accused of murder in Afghanistan who was pardoned by former President Donald Trump. Retired Maj. Mathew Golsteyn, who was pardoned in November 2019, was denied his
Read More

nypost.com - 7 months ago
As if Nashville hasn’t been through enough lately — two men caused a panic when they leapt from a hotel’s rooftop bar on New Year’s Day in a wild, caught-on-video stunt. Video footage posted to Twitter shows the pair climb onto the railing and nonchalantl
Read More

Studio doors reopen after a year: Post’s week in photos

nypost.com - 4 months ago
Indoor exercise studios have been allowed to reopen for classes after being closed the past year during the pandemic.
Read More

nypost.com - 9 months ago
President Trump and Joe Biden may be duking it out for the White House, but they also are playing a key role in a fiercely contested congressional race on Staten Island. The down-and-dirty contest between first-term Democratic Rep. Max Rose and GOP rival
Read More
More News & Articles