President Trump blasted Sen. Kamala Harris as a “gaffe machine” as he live-tweeted during the vice presidential debate Wednesday night. The president had stayed largely quiet during the first hour of the the face off, tweeting videos that apparently fact
Author: Ben Feuerherd
Published: 2020-10-07 10:16 pm 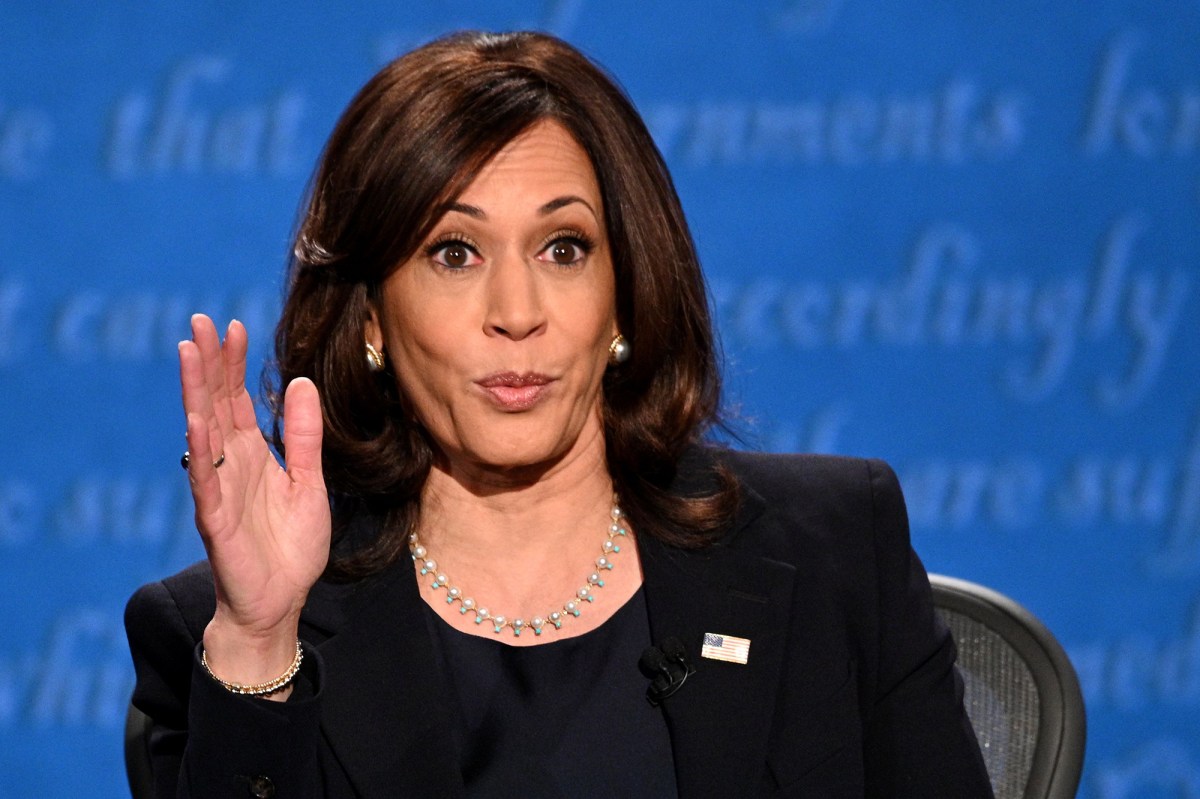 President Trump blasted Sen. Kamala Harris as a “gaffe machine” as he live-tweeted during the vice presidential debate Wednesday night.

The president had stayed largely quiet during the first hour of the the face off, tweeting videos that apparently fact checked Democratic the candidate.

Soon before 10 p.m. he then weighed in, offering his support for Vice President Mike Pence while trashing Harris.

“Mike Pence is doing GREAT! She is a gaffe machine,” he wrote.

Pence and Harris had been sparring over a number of issues, including the Trump administration’s coronavirus pandemic response, taxes and US foreign policy.

In one sharp exchange, Pence blasted Harris for what he said was undermining credibility in a coronavirus vaccine that could potentially be developed before the end of the year.

“That fact that you continue to undermine public confidence in a vaccine, if a vaccine emerges during the Trump administration, I think is unconscionable,” he said.

Jeff Van Gundy interviewing to be next Rockets coach

nypost.com - 1 year ago
Jeff Van Gundy hasn’t coached in the NBA since he was fired by the Houston Rockets in 2007, but he is on his former team’s list as a potential candidate to replace Mike D’Antoni. Van Gundy, who has worked as a game analyst for ESPN since his last coaching
Read More

nypost.com - 4 weeks ago
The idea, we’re told, was born in 2005-06, when Chris Drury was co-captain in Buffalo, and the Sabres brought a retired referee to training camp to work with the team on the rules changes that arose out of the Shanahan Summit during Owners’ Lockout II.
Read More

nypost.com - 7 months ago
He isn't telling California to kiss off — yet.
Read More

nypost.com - 1 year ago
A man flying in a jet pack has been spotted for the second time in two months hovering thousands of feet above the ground near Los Angeles International Airport, authorities said Wednesday. The unidentified flying man was spotted Wednesday afternoon by a
Read More
More News & Articles