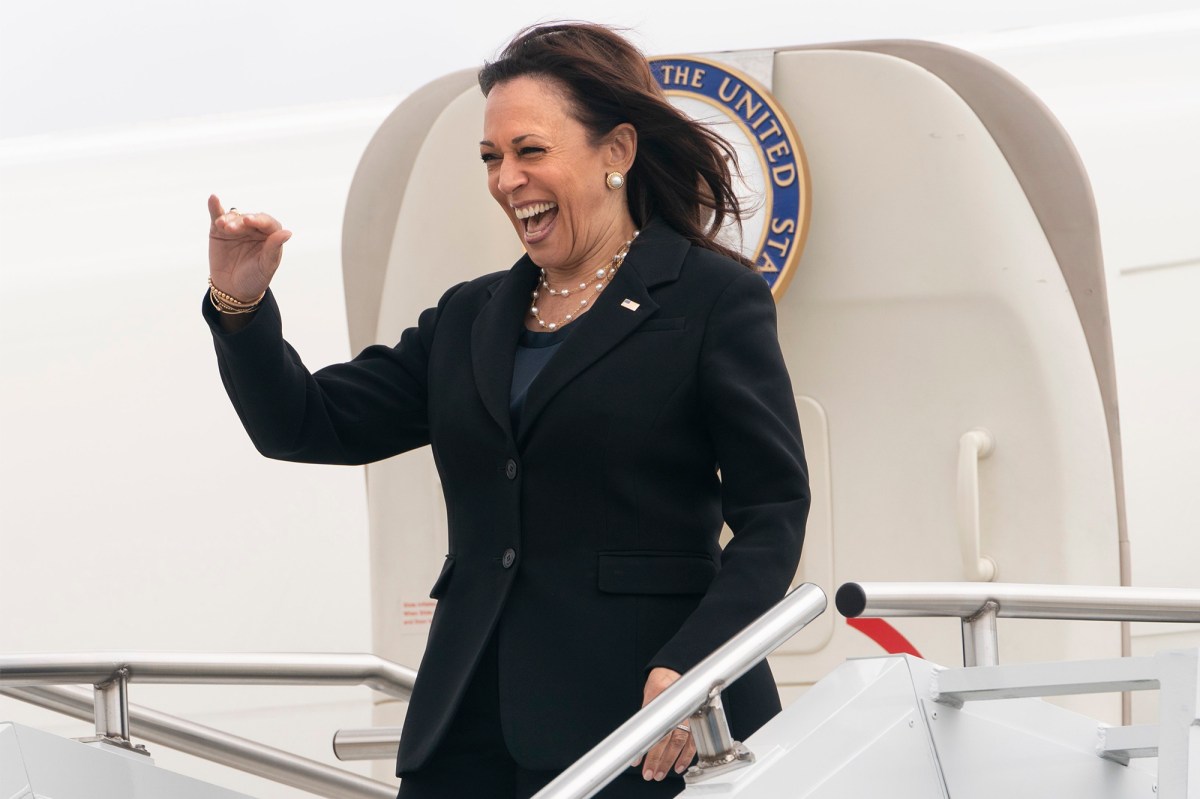 Vice President Kamala Harris on Monday traveled to Pittsburgh on her 90th day as Biden administration illegal immigration czar — without yet booking a US-Mexico border trip — and amid her other roles including voting rights czar and point person on small business outreach, among others.

Harris visited swing-state Pennsylvania to plug the recent expansion of child tax credits and to promote union membership as part of the roughly half-dozen other assignments vying for her attention amid a migrant surge that set a 21-year record with over 170,000 crossings a month.

Harris is scheduled to talk about the tax credit expansion, approved in March as part of President Biden’s American Rescue Plan Act, before helping lead a roundtable discussion as part of the Biden administration’s Task Force on Worker Organizing and Empowerment.

Harris has been dogged by questions about not visiting the US-Mexico border to see the effects of the migration crisis — saying she is focused only on the “root causes.”

The vice president’s trip this month to Guatemala and Mexico was dominated by her struggle to answer questions about the lack of a border visit — saying she would go eventually while justifying her non-visit by saying it would just be a “grand gesture” and that she’s from California so already knows the border issue.

Reporters from The Associated Press, CNN and NBC News pressed Harris during press conferences on the trip about when she would travel to the border, and during an interview on the trip with NBC anchor Lester Holt, she laughed when asked.

Harris, seeming to laugh at her own joke, responded: “And I haven’t been to Europe. And I mean, I don’t understand the point that you’re making. I’m not discounting the importance of the border.”

Critics argue that Biden administration policies are to blame for the surge in migration — a stance also taken by Guatemala’s president as well as Mexico’s president — and say that he and Harris should see the effects of the crisis on border agents and migrants.

Harris’ other political priorities, meanwhile, have filled up her schedule.

The VP on Friday visited Atlanta to promote two other initiatives: encouraging COVID-19 vaccination to wary African-Americans with stops at the Ebenezer Baptist Church and the historically black Clark Atlanta University before putting on a different hat and speaking against GOP election reforms at the school as part of a voting rights push.

Biden also has tasked Harris with leading the National Space Council and with promoting the expansion of broadband internet. The ex-California senator also has played a major role in pushing for more than $4 trillion in proposed legislation as part of Biden’s infrastructure and social-spending plans. Last week, she hosted the women of the Senate at her residence — but policy was not on the menu.

The number of US-Mexico border detentions soared to a 21-year monthly high of more than 180,000 in April. More than 172,000 people were detained in March.

nypost.com - 1 year ago
Underdog Derrick Lewis delivered a fight-ending uppercut to Curtis Blaydes in the second round on Saturday night for a stunning upset in the main event at UFC Fight Night in Las Vegas. Lewis connected on just seven total strikes — compared to 28 for
Read More

nypost.com - 1 year ago
New Jersey Gov. Phil Murphy announced that breweries across the state are giving out beer to encourage people to get the COVID-19 vaccine.
Read More

nypost.com - 1 year ago
The Nets officially clinched a playoff berth Tuesday, and can finish no worse than the sixth seed in the Eastern Conference. But their goals are loftier than that. Much loftier.
Read More
More News & Articles