The number of children admitted to hospitals for opioid overdose has nearly doubled since 2004, according to a new study.
Author:
Published: 2018-03-05 07:57 am 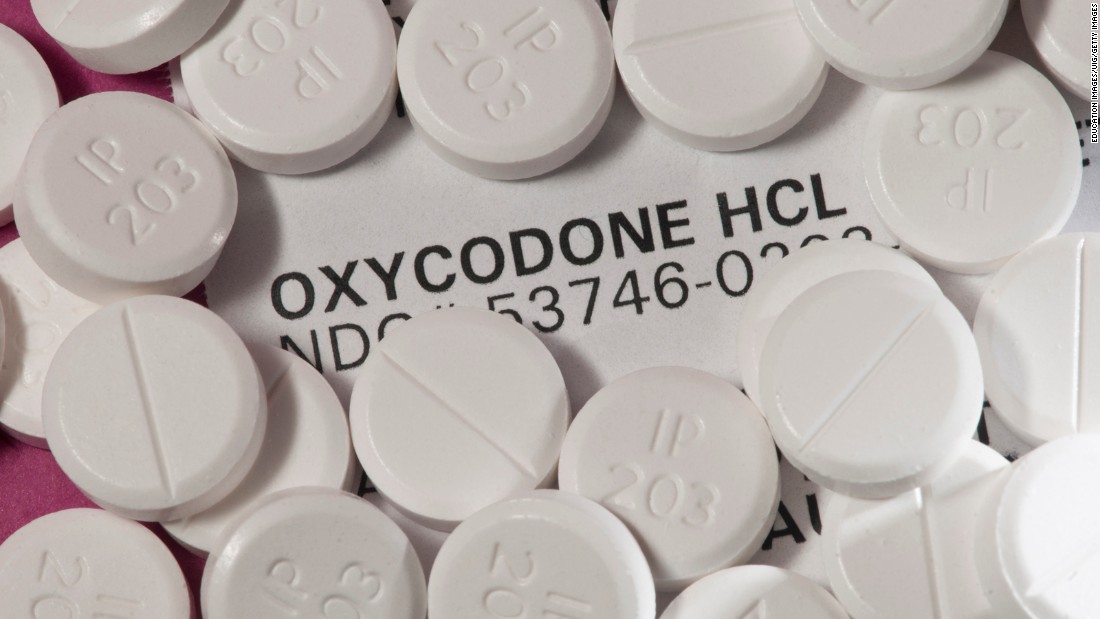 (CNN)The number of children admitted to hospitals for opioid overdose has nearly doubled since 2004, according to a new study.

The study, which published Monday in the journal Pediatrics, looked at children between ages 1 and 17 who were admitted to hospitals and pediatric intensive care units with opioid-related diagnoses from 2004 to 2015. Researchers found that the number of children admitted to hospitals for opioid overdose nearly doubled to 1,504 patients between 2012 and 2015, from 797 patients between 2004 and 2007.

The researchers cautioned that many of these children likely overdosed after stumbling upon their parents' prescription medications.

"When they come in, they're going to fall into one of two categories: either they're teenagers with intentional or drug-seeking behavior because of recreational or self-injurious behavior, or they're kids who got into their parents' medication," said Dr. Jason Kane, an associate professor of pediatrics and critical care at Comer Children's Hospital in Chicago and a lead author on the study.

"The thing that was a bit striking is that in the youngest children, those under six years of age, 20% of the ingestions were of methadone. So you sort of have to ask yourself: where are they getting all this methadone from?" Methadone is prescribed for the treatment of opioid withdrawal symptoms and also as a pain killer.

Using data from the Pediatric Health Information System Database, the researchers identified 3,647 patients in 31 children's hospitals across the country who were admitted with opioid-related diagnoses.

Of these, 43% ended up in the pediatric intensive care unit, which is typically only reserved for the most severe, and life-threatening, cases.

"What was really striking to me is just how sick these kids are and that almost half of them end up in the ICU," Kane said. "The reason why that's important to recognize is that nationwide there's only about 4,100 pediatric ICU beds, which is in contrast to the number of adult ICU beds, which is closer to 78,000.

This study comes at a time when opioid use among adults in the US has reached epidemic proportions. According to the CDC, more than 42,000 people died in the US from opioid overdose in 2016, more than any year on record.

But as treatment for opioid addiction increases across the country, more and more children are likely becoming "secondary victims" of the epidemic, according to Kane.

"I think this confirms what we have suspected and what we've been seeing in our emergency departments," said Dr. Rajesh Daftary, medical director of the pediatric emergency department at Zuckerberg San Francisco General Hospital and Trauma Center, who was not involved in the study.

The study separated children based on three age groups: 1-5 years, 6-11 years and 12-17 years. The oldest children -- those between the ages of 12 and 17 -- accounted for over 60% of the patients admitted for opioid overdose.

But the study's design makes it impossible to know how many of these older children were the result of accidental versus intentional drug consumption, according to Daftary.

"It's really hard to know. The way they did the study, they only looked at what the diagnosis was," Daftary said. "They don't clearly indicate whether it was intentional or not."

'Not a new phenomenon'

Children between the ages of 1 and 5 years were the second most-likely to be admitted for opioid overdose, accounting for over one-third of cases. The vast majority were likely the result of accidental consumption of medications such as methadone and oxycodone that had been prescribed to the children's parents, according to Kane.

"Children accidentally getting into medications is not a new phenomenon," Kane said. "But this is probably a reflection of the massive amount of drugs -- opioid drugs -- that are available to children in the community."

In severe cases, opioid overdose can lead to reduced and inadequate breathing, or even death, Daftary explained.

"If they're very sick, we can give a reversal agent such as naloxone, or Narcan. In patients who need additional support, we can provide respiratory support through mechanical ventilation -- we put a breathing tube down their throat," Daftary said.

"We can also provide blood pressure support through medications, and that's because significant exposure to opioids can decrease your blood pressure by quite a bit, making it difficult for your body to maintain supply of nutrients to important organs such as the kidney and the brain," he added.

"I think there are a couple of things we can take from that," said Daftary. "Overall, I would agree with the findings of the study that we're probably getting better at taking care of these patients.

"One of the questions I might have is that when we say they are exposed, that doesn't really tell me the severity of the opiate exposure, meaning there might be more children having minor exposures who are presenting to emergency departments and getting admitted."

Ultimately, both Kane and Daftary caution parents taking prescription or non-prescription opioids to take preventative measures so that their pills don't wind up in the wrong hands.

"I think there needs to be a stronger emphasis to the adults receiving these drugs -- these prescription medications -- about the consequences that may happen to their families as a result of those drugs being in their homes," Kane said.

"These medications may cause side-effects to you, but more importantly, if your young children get into them, they may be harmed, require hospital care, require the ICU, or in rare cases even die from that ingestion," he added.

"I counsel parents especially to make sure that, if these substances are at home, to have them in a locked space," Daftary said. "And if they are expired or not being used anymore, take them to a pharmacy or a facility that can dispose of them."

www.cnn.com - 6 months ago
Kids performer and YouTube star JoJo Siwa took to Instagram Live to share her thoughts about being part of the LGBTQ community.
Read More

www.cnn.com - 3 months ago
A suspect is in custody after a fatal shooting Thursday night in San Diego's Gaslamp Quarter left one person dead and others injured, according to the San Diego Police Department.
Read More

www.cnn.com - 5 months ago
Fast food wants to be a force in fast fashion.
Read More