What living abroad taught me about being American 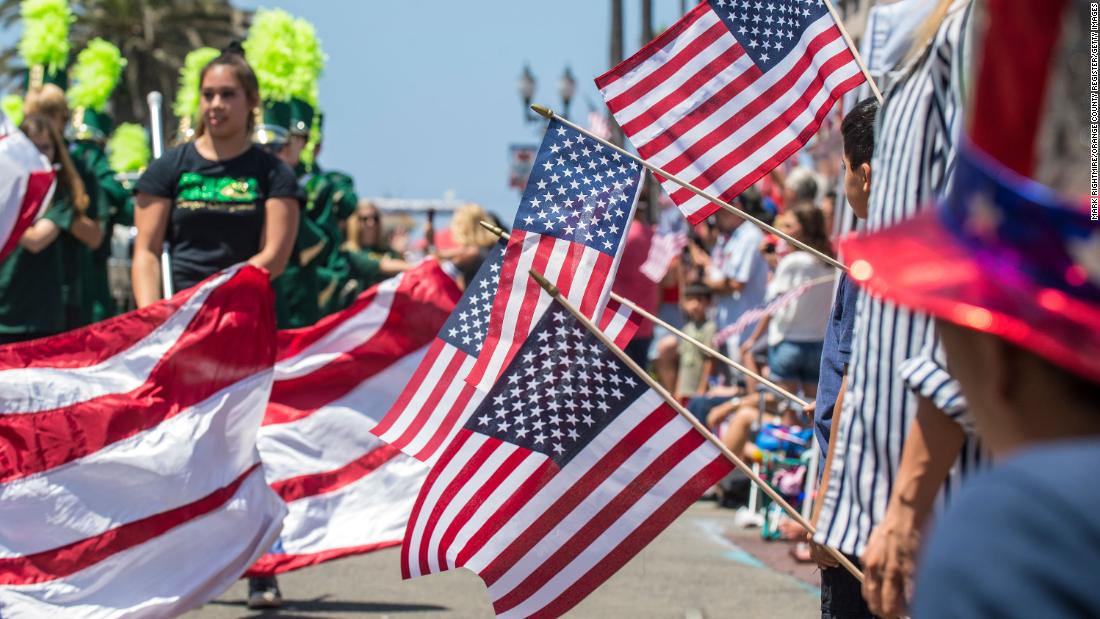 (CNN) — Homesickness is a tricky thing.

First you're paying $12 for a box of Rice Krispies and before you know it you've decorated your entire apartment in red, white and blue.

Growing up in the United States, I never really thought about what it meant to be American. That's a gift of being a member of a majority culture -- nobody ever quizzes you about your identity. Americanness was what I considered to be "neutral."

According to a 2015 New York Times study, the average American adult lives 18 miles from his or her mother. Currently, I live 8,327 miles away from mine.

I moved to Asia, got cancer, and then coronavirus happened

Our office here at CNN Asia-Pacific is a mix of American, Chinese, British, Australian, Korean and more. I say bathroom, elevator and backpack, not toilet, lift and rucksack. There are regular workplace arguments about how to spell "gray" and the definition of pudding. (A cake is not a pudding, and I am going to die on this particular hill.)

But that's how it always works, doesn't it? Getting out of the world you've always known is how you start to figure out who you are. It's a metaphor as old as language, with Odysseus setting off from Ithaca and Anne Shirley arriving in Avonlea.

It's telling that as a White woman from the west living in Hong Kong and working at a desk job, I'm an expat, while people with significantly less privilege who come to this city are migrants and refugees.

On top of that, my native tongue of English has become the world's default language and pop culture has disseminated the image of Americanness all over the world. All over the globe, I hear my own accent -- which, until not long ago, I considered "not an accent" -- coming out of various mouths.

When fireworks go off in Washington, DC, this year, I'll be fast asleep on the other side of the planet.

As a representative of my country abroad, I field questions and occasionally have to break hearts. Sorry, guys, but even though "Friends" was set in New York City the show was actually filmed in Los Angeles. And if you want to visit Las Vegas and Miami in the same vacation (not "holiday," that's Christmas) you'd better save up for an airplane ticket.

There's also a fair amount of shame. Watching my homeland bulldoze over other countries and fail to reckon with its history of racial violence doesn't get easier from a distance. Sticking up for the US, with its immense money, resources and power, makes me roll my eyes as I do every time a famous actress says she gets discriminated against for being too beautiful.

22 of the best places to visit in the United States

Yet, seeing your home through the eyes of an outsider can be a delight. The teenage me who stomped around in combat boots and thought nobody could ever find my hometown interesting is thrilled to talk about what it was like to go to the prom (overrated, but dressing up is fun) and take the SATs (yes, just as nerve-wracking as it looks on TV).

The United States feels like five or six different countries. One of my colleagues is a Midwesterner, and I'm Southern -- sometimes, it's like we speak two completely different languages. Before moving away, I was the kind of person who turned up my nose at rooting for American athletes in the Olympics because it felt passe to support the team that was probably going to win. Now, though, I've embraced my ability to WOOOOOOO along with the best of them.

On many counts of Americanness, I am guilty as charged.

I consider "blue" a flavor, love making small talk in elevators, and call everyone -- adults, children, animals, my boss -- "dude."

You have to admit, it's a very nicely designed flag.

But there are limits. I have no idea why restaurants in the US give out so many different receipts or why public bathroom stall doors have those weird slits in them instead of just vacant/occupied signs. (Seriously, if anyone can enlighten me on this one, please do. If I never had to bend down to look for a pair of feet to figure out whether a stall is in use, it will be too freaking soon.)

Why is a size small drink actually a medium? I don't know.

Why do we need four remotes just for one TV? Beats me.

Why do you wave at people you don't even know? Because it would be rude not to!

As an American it's easy to keep yourself at the center of the universe. The American flag is just "the flag." If I don't get a day off work or wear a stars-and-stripes swimsuit, what does this holiday even mean to me, anyway?

In 2020, I cast my ballot from a laptop, which didn't have the fizzy excitement of walking into the booth to exercise my civic duty. I attended a friend's wedding, my cousin's Passover seder, and a wake all over Zoom.

Thanks to Covid-19, I haven't set foot in the States since I left two years ago. My big plan to go back for a few weeks every year is in a permanent holding pattern.

Yes, I miss my mom. But I don't miss the five pounds of receipts that somehow accumulated at the bottom of my bag every week.

This July Fourth, I'll trade hot dogs and fireworks for dim sum and neon signs. I'm from a country full of people who believe in the right to express themselves, and I don't need a flag or a federal holiday in order to do the same.

As we say in North Carolina, WOOOOOOO to that.

Trump's doctor to CNN: No regrets about letter

www.cnn.com - 5 years ago
Donald Trump's doctor told CNN in an interview he stands by the letter he wrote for...
Read More

Meghan and Harry are getting into the sustainable investing game

www.cnn.com - 4 months ago
The Duke and Duchess of Sussex continue to expand their business empire. Prince Harry and Meghan Markle are partnering with a firm that helps create portfolios focused on sustainable investments.
Read More

www.cnn.com - 2 months ago
A 35-year old man has died after a shooting attack in Jerusalem's Old City, which Israeli officials say was a Hamas operation.
Read More

Brain may begin slipping as early as 45

www.cnn.com - 10 years ago
A new study suggests that age-related cognitive changes are under way as early as...
Read More
More News & Articles