The leading Democratic prospects for the 2020 presidential race seem to have learned the lesson of the Iraq war in 2008: If the party is clearly moving in one direction, move with it.
Author:
Published: 2017-09-13 06:16 am 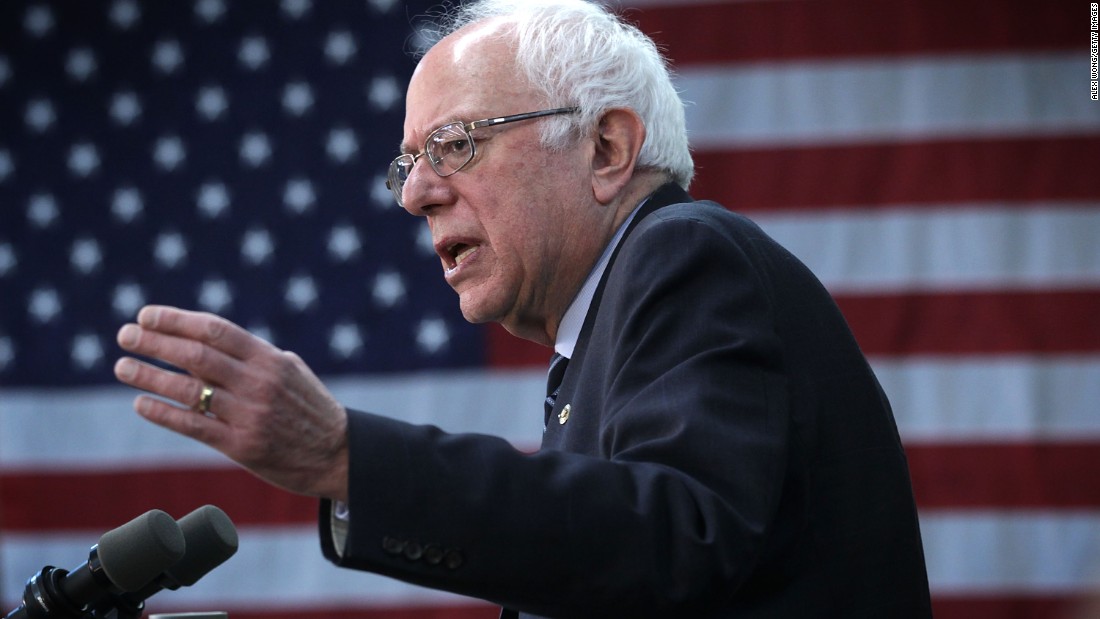 Washington (CNN)The leading Democratic prospects for the 2020 presidential race seem to have learned the lesson of the Iraq war in 2008: If the party is clearly moving in one direction, move with it.

Vermont Sen. Bernie Sanders' introduction Wednesday of a bill that would move the United States to a single-payer health care system is already emerging as a litmus test for the Democratic base -- much like Iraq was in 2008, when Barack Obama campaigned against Hillary Clinton's vote in favor of the war and Clinton resisted saying she'd been wrong.

Now, as Clinton re-emerges for a tour supporting a new book about her 2016 loss, the Democratic Party is again rapidly repositioning itself leftward.

Democratic strategists and early-state officials say demands from the base are so strong that they increasingly see support for single-payer health care as the price of entry into the 2020 presidential contest. And with the notable exception of former Vice President Joe Biden -- who has not weighed in on Sanders' bill -- the best-known and most likely Democratic prospects for the next contest have all lined up behind the bill.

Democrats backing Sanders' bill are arguing that eventually embracing single-payer is a moral imperative -- even as they elevate Sanders, their potential future primary foe.

"This is something that's got to happen," Booker said in a local television interview. "Obamacare was a first step in advancing this country, but I won't rest until every American has a basic security that comes with having access to affordable health care."

"Everyone is covered," Warren said in a statement announcing her co-sponsorship, telling the story of her family's plunge deep into debt when her father suffered a heart attack. "Nobody goes broke paying a medical bill. Families don't have to bear the costs of heartbreaking medical disasters on their own."

While the political incentive for 2020 prospects to support Sanders' single-payer bill are clear, and the issue energizes progressives, some Democrats worry that such a rapid move leftward will come with steep costs.

The left spent more than a decade developing a consensus around the policies that went into former President Obama's Affordable Care Act. But liberal think tanks and research groups are just starting that work on single-payer health care.

The list of questions Democrats will have to answer is long -- and starts with which taxes will be increased to pay for government-funded health care and whether there will be any long-term role for the private market. Like Republicans' "repeal and replace" promises, every detail of a program that would remake a huge portion of the American economy would be hotly contested.

Then there are the political attacks -- which some Democrats are optimistic they can withstand, in part because Republicans spent the last decade accusing them of already having passed socialized medicine. Still, Americans' fear of losing the health coverage they have carried a steep cost for Democrats in 2010 and Republicans this year.

It's in these complicated questions that one senior Democratic strategist made another comparison: Single-payer, the strategist said, could become Democrats' version of Trump's border wall -- something his core supporters love but the overall electorate dislikes.

Democratic leaders on Capitol Hill have stayed far away from Sanders' bill -- with Senate Minority Leader Chuck Schumer and House Minority Leader Nancy Pelosi declining to endorse it and instead saying they are focused on the more immediate task of defending Obamacare. Maryland Rep. Steny Hoyer, the No. 2 House Democrat, told reporters Tuesday that single-payer has "significant administrative issues."

Connecticut Sen. Chris Murphy, who is generating 2020 buzz himself, is working on a bill that would allow Americans to buy into Medicare on the Obamacare exchanges -- though he has said it and Sanders' proposal aren't mutually exclusive and his could be a bridge to a single-payer system.

But senators who support Sanders' bill say it's not about the details -- but rather is a statement about where the Democratic Party wants to go.

Franken drew a line to another progressive hero, former Minnesota Sen. Paul Wellstone, who advocated for single-payer health care in the 1990s, in announcing Tuesday night that he would co-sponsor the bill.

"Like Paul Wellstone, I've always believed that health care is a right for all Americans -- not a privilege -- and that every person in our country deserves access to the care they need," Franken said in a statement.

"Establishing a single-payer system would be one way to achieve universal coverage, and Sen. Sanders' 'Medicare for All' bill lays down an important marker to help reach that goal," he added. "This bill is aspirational, and I'm hopeful that it can serve as a starting point for where we need to go as a country."

www.cnn.com - 4 weeks ago
President Joe Biden touted his $1.9 trillion Covid-19 stimulus deal while speaking from the White House Rose Garden, saying it "changes the paradigm" for workers in the United States.
Read More

Astronomers saw a star dancing around a black hole. And it proves Einstein's theory was right

www.cnn.com - 12 months ago
For the first time, astronomers have observed a star orbiting the supermassive black hole at the center of our Milky Way galaxy. And the star is dancing to the predicted tune of Albert Einstein's general theory of relativity.
Read More

See stark contrast between Trump and expert on coronavirus

www.cnn.com - 1 year ago
Dr. Anthony Fauci, director of NIH's National Institute of Allergy and Infectious Diseases, provided an update -- and a warning -- during a White House briefing on the novel coronavirus. Fauci says there are a number of things that can be done to"interfer
Read More
More News & Articles