The National Highway Traffic Safety Administration said Wednesday that battery cell packs in the 2017-2019 Chevy Bolt EVs "have the potential to smoke and ignite internally."
Author: Will Feuer
Published: 2021-07-15 11:08 am 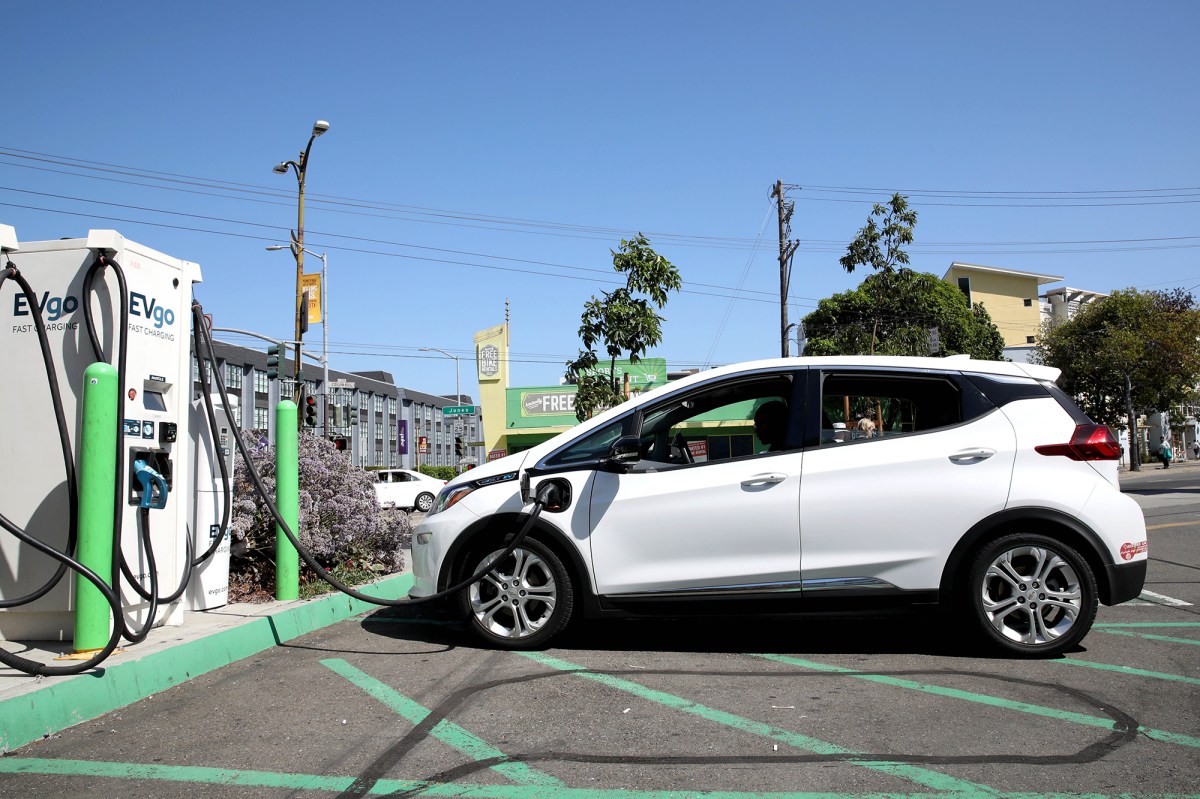 General Motors and federal regulators are telling owners of certain Chevy Bolt EVs to park the cars outside and away from their home after two of the vehicles caught fire — even after they’d been serviced as part of a recall last year.

The National Highway Traffic Safety Administration said Wednesday that battery cell packs in the 2017-2019 Bolt EVs “have the potential to smoke and ignite internally.”

The fire could then spread to the rest of the vehicle and cause a structure fire if the vehicle is parked inside a garage or near a house, the NHTSA warned.

The federal regulator opened an investigation into the matter in October.

A month later, the NHTSA and GM announced a recall of the nearly 51,000 affected cars in the US.

But the agency said Wednesday that it’s now aware of two separate incidents of fires in the electric cars that had already “received the recall remedy.”

One of the fires occurred while the car was charging at the home of a Vermont state lawmaker earlier this month, CNBC reported.

The other incident happened in New Jersey, a spokesman for GM told the outlet, adding that the company was notified about the second fire earlier this week.

“Out of an abundance of caution, we are asking owners of 2017-2019 Chevrolet Bolt EVs who were part of the recall population to park their vehicles outdoors immediately after charging and not leave their vehicles charging overnight while we investigate these incidents,” the spokesman reportedly said.

Owners of these vehicles — regardless of whether the recall remedies have been completed — should park their vehicles outside away from homes and other structures immediately after charging and should not leave their vehicles charging overnight, according to General Motors.

nypost.com - 1 year ago
Hang on! This guy is taking the work-from-home lifestyle to new heights. See how a 34-year-old digital nomad sets up shop on a portaledge dangling over the Irish Sea in Wales, UK. “Remote literally means remote,” Jason Griffin, a consultant for the center
Read More

nypost.com - 2 years ago
Washington Football Team quarterback Dwayne Haskins was stripped of his captaincy and fined $40,000 by the team for violating COVID-19 protocol when he partied with strippers without a mask this past weekend, according to multiple reports. This is the
Read More

Knicks’ gameplan has kept Clint Capela from dominating the glass

nypost.com - 1 year ago
The Knicks’ interior players have appeared to prefer dare the Hawks’ outside shooters rather than leave Clint Capela unmanned beneath the basket.
Read More
More News & Articles