Mark Spitz, the legendary swimmer who held the record of seven Olympic gold medals in a single Games before Michael Phelps won eight in 2008, says even his fellow American's mark will fall at some stage.
Author:
Published: 2021-07-16 03:28 am 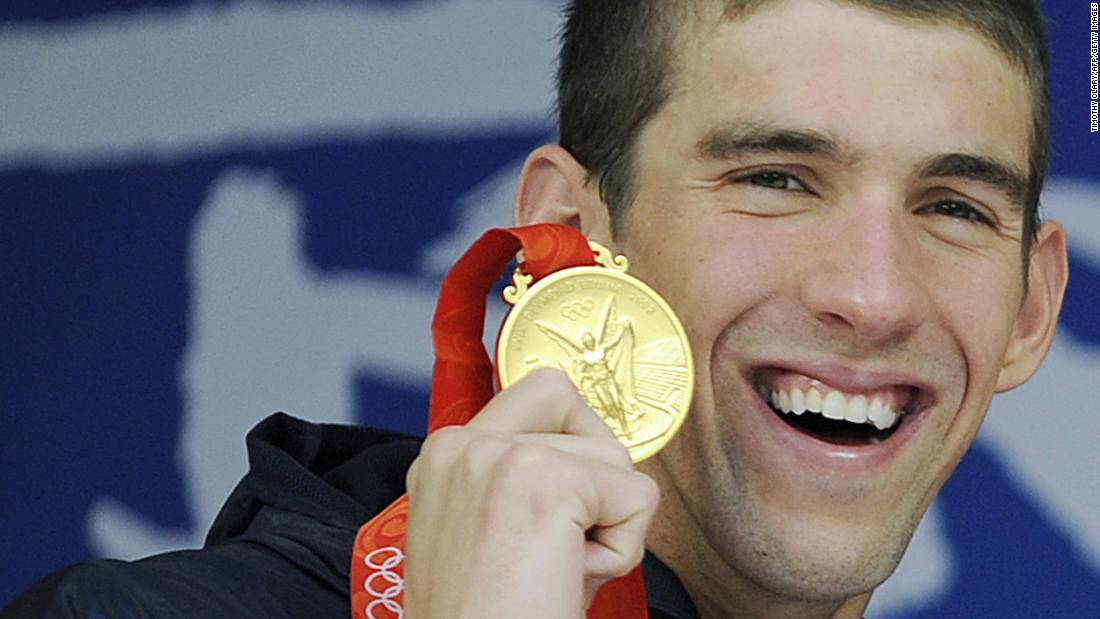 (CNN)Mark Spitz, the legendary swimmer who held the record of seven Olympic gold medals in a single Games before Michael Phelps won eight in 2008, says even his fellow American's mark will fall at some stage.

The most decorated Olympian of all time, Phelps won eight golds at Beijing, seven of which were in world record times.

The American retired in 2016 after winning his 23rd Olympic gold, and Spitz, who claimed his record medal haul at the 1972 Munich Olympics, thinks nine golds in one Games is a possibility.

"The bottom line is, records are made to be broken," Spitz, now 71, told CNN Sport's Don Riddell. "There will be somebody, someday that will rise to the occasion, perhaps. Maybe not in my lifetime or even Michael Phelps' lifetime.

"But somebody will be in a newsroom saying, 'I can't believe that you broke whatever it is ... you've got nine gold medals or whatever it might be in one Olympics Games,'" added Spitz, who was interviewed by CNN in late 2019, before the pandemic struck to delay the Games by a year.

Spitz said he "felt fine" watching Phelps break his record in 2008, having seen him excel across multiple events four years previously in Athens.

"They said my record was so good that it wouldn't be broken in my lifetime," said Spitz, who won nine golds and 11 Olympic medals in all.

"(Phelps) is quite remarkable in the Olympics ... I think there are quite a lot of people that have been inspired."

Spitz points towards American swimmers Caeleb Dressel and Katie Ledecky, both of whom are expected to dominate the pool in Tokyo later this month, as successors to Phelps' Olympic legacy.

"He actually swims in four events right now, the 50m and the 100m freestyle, the 50m and 100m butterfly. And then again, he'll be on at least probably three relays. So already we're looking at someone that's going to win seven medals."

Ledecky is also expected to shine in the pool in Tokyo later this month having won four golds and a silver in Rio and a gold in London.

The freestyle specialist will compete across the 1500, 400, 200 and 800 events, the first of which has been newly added to the women's Olympic program ahead of Tokyo.

Novak Djokovic says he will compete in Tokyo Olympics

edition.cnn.com - 2 months ago
World No. 1 Novak Djokovic announced on social media on Thursday that he will compete in the Tokyo Olympics.
Read More

edition.cnn.com - 2 months ago
Kazunori Takishima has been traveling the world to support Japan at every Olympic Games for the past 15 years, so it was a dream to see the event in his home city of Tokyo. But when a ban on spectators was announced last week due to Covid-19, that dream
Read More

edition.cnn.com - 5 months ago
Basketball player Terrence Clarke, who last month declared for the 2021 NBA draft after playing his freshman season for the University of Kentucky, died Thursday after sustaining fatal injuries in a car accident in Los Angeles, according to the Kentucky
Read More
More News & Articles