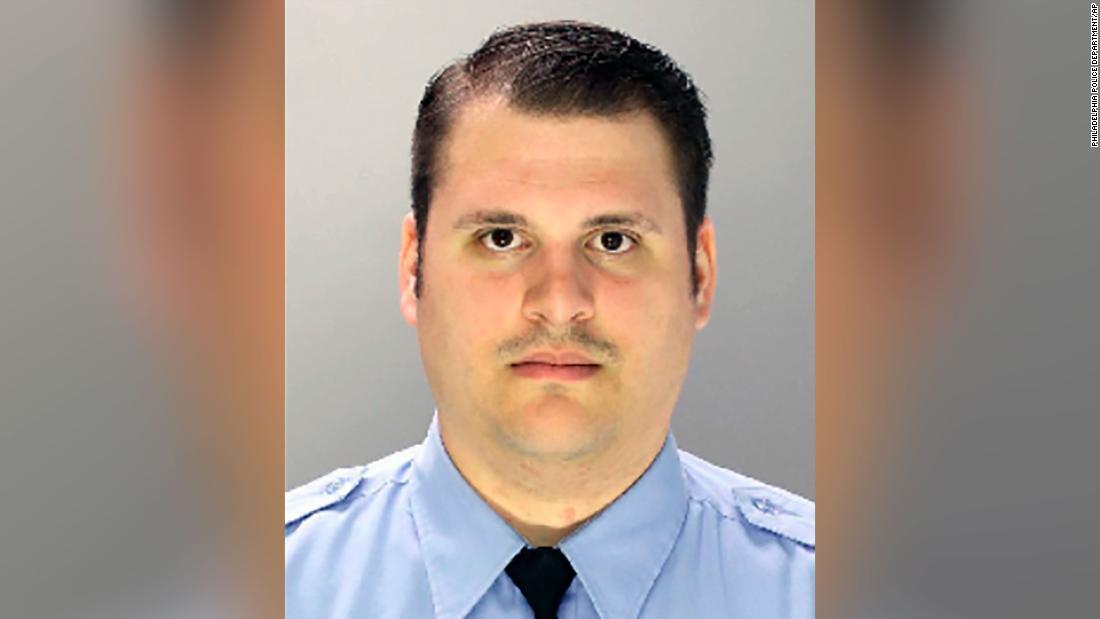 Philadelphia District Attorney Larry Krasner announced that a grand jury indicted former officer Eric Ruch Jr. on first- and third-degree counts of murder, along with voluntary manslaughter and possession of an instrument of crime.

Dennis Plowden died from a gunshot wound to the head after a high-speed chase with police on December 27, 2017.

Ruch is accused of shooting Plowden after he crashed his Hyundai following the chase, Krasner said during a press conference Friday. Plowden got out of his car after crashing and put his left hand up, showing he was unarmed. Krasner also said he was shot six to eight seconds after getting out of his car.

"According to evidence presented to the grand jury, Plowden 'looked dazed and lost on the sidewalk,' having just stumbled from his car following a high-speed crash, and appeared to be trying to obey commands given by police officers at the scene," Krasner said.

Ruch's attorney, Fortunato Perri Jr., told CNN in an emailed statement Friday that he is "confident that the evidence will prove that Officer Ruch was legally justified in the use of force under the circumstances."

John McNesby, president of the Philadelphia Fraternal Order of Police Lodge No. 5, issued a statement Friday.

"We will represent former police officer Eric Ruch Jr. against these serious charges," it said. "Our attorneys will review the allegations and appropriately defend this officer. Officer Ruch Jr. is entitled to due process and we believe the judicial system will protect his rights to a fair trial."

A grand jury investigation determined that the lone shot fired by the officer hit Plowden in his left hand and passed through three of his fingers into his head, Krasner said. Plowden, age 25 at the time of the shooting, was pronounced dead the next day.

Prosecutors say the events began when Ruch made a radio call from an unmarked police car asking to check a tag on a "mover," to indicate a moving vehicle. The tag on the white Hyundai Plowden was driving came back clean according to police dispatch.

According to the testimony presented to the grand jury, both airbags in Plowden's car deployed, and he "appeared to trip before falling to the ground," Krasner said.

Plowden was shot in the midst of a "loud and chaotic" scene that included blaring car alarms and pursuing officers "yelling commands such as, 'Don't move,' and 'show your hands.'"

'Indisputable' victim had no weapon

The encounter lasted roughly 2 minutes and 19 seconds. Krasner said at no time did Plowden appear to be armed.

"It is indisputable that Plowden did not have a gun or any other weapon that night," Krasner said. "Indisputable."

Ruch is expected to be held without bond due to the first-degree murder charge, Krasner said.

Plowden's widow, Tania Bond, filed a civil right lawsuit last year against Ruch, three other officers, and the city in US District Court for the Eastern District of Pennsylvania for unspecified damages. In the legal complaint, she alleges the police department did not properly train officers on the use of deadly force.

The charges come nearly three years after Plowden was killed. A spokeswoman for the district attorney who took office in 2018 said the investigation by the grand jury took about a year to complete. The initial incident occurred during the term of the previous DA, which resulted in some delays. The pandemic also frustrated the process of convening a grand jury, she said.

Jellyfish the size of a human spotted by divers

www.cnn.com - 2 years ago
A giant jellyfish the size of a human has stunned a diver off the south-western coast of England.
Read More

www.cnn.com - 5 months ago
As bitcoin surges to all-time highs, the most prominent cryptocurrency exchange has signaled its intent to go public.
Read More

The Supreme Court is still sitting on Trump's tax returns, and justices aren't saying why

www.cnn.com - 3 months ago
Lawsuits involving Donald Trump tore apart the Supreme Court while he was president, and the justices apparently remain riven by him.
Read More

Packaged hard-boiled eggs have been linked to a deadly Listeria outbreak, the CDC warns

www.cnn.com - 1 year ago
A deadly, multistate outbreak of Listeria infections has been linked to packaged hard-boiled eggs, and retailers and consumers are warned not to serve, sell, use or consume the products.
Read More
More News & Articles