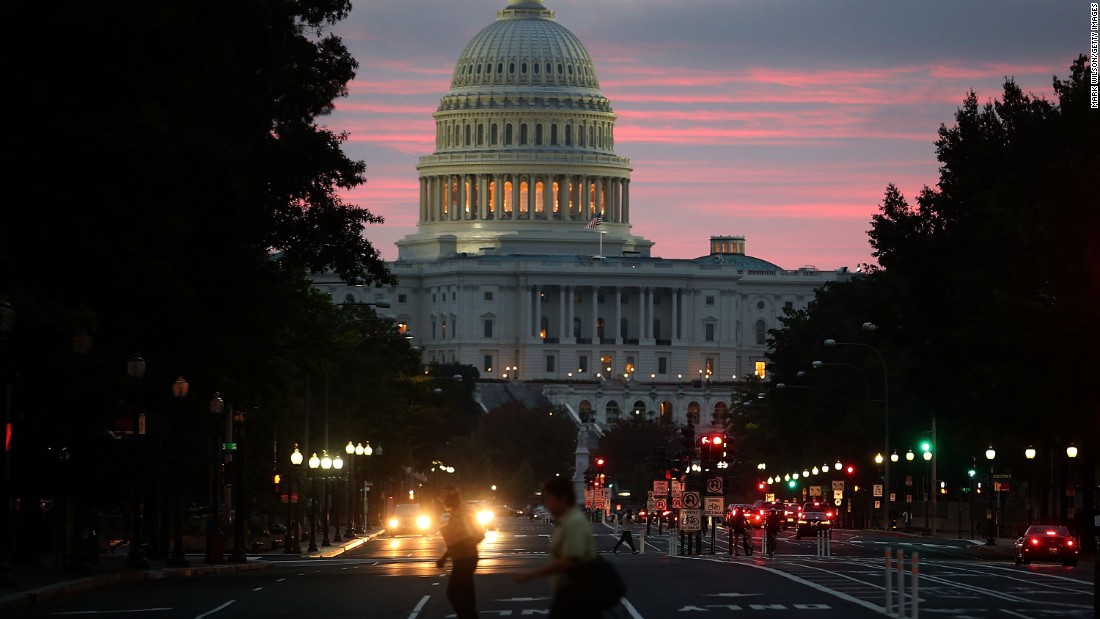 Washington (CNN)The Republican-led Congress returns to work this week, and once again, the Russia investigation will overshadow the ambitious legislative agenda that includes major overhauls of the health care system and tax code.

Against the backdrop of the highly anticipated hearing, House Speaker Paul Ryan and Senate Majority Leader Mitch McConnell will tackle a critical summer list of high-priority issues and bills that GOP leaders are anxious to complete -- or at least make significant progress on -- before the long August recess.

But with only seven work weeks left, getting must-pass items to President Donald Trump's desk could be daunting, especially since it is the sharp divide among Republicans that largely stands in the way of progress. Democrats are in no mood to cooperate -- sensing their own political fortunes potentially on the rise with the continued controversy over the President and his team.

Here are the top five items to look for from Capitol Hill in the weeks ahead:

All eyes will be on Comey Thursday when he testifies before the Senate intelligence committee about his conversations with the President, who allegedly urged Comey to drop the bureau's investigation of Trump's former national security adviser, Michael Flynn and his interactions with top Russians during the 2016 campaign. Some legal experts argue Trump's possible directive might be proof of obstruction of justice, a potentially impeachable offense.

It's still unclear whether the White House will attempt to assert executive privilege as a way to block Comey's testimony.

Meantime, House and Senate intelligence committees issued a slew of subpoenas last week, a sign their investigations are hitting their stride.

After a divisive debate in the House that pitted moderates against conservatives inside the Republican conference, the Senate GOP is essentially starting over and creating its own bill. A Senate working group continues to limp forward on complex negotiations over an Obamacare repeal and replacement plan that can marry the competing demands of conservative and moderate Republicans and get the 51 votes it needs to pass.

McConnell acknowledges he doesn't know which policies will bring the sides together, but aides were ordered to begin drafting language over the recess to help drive talks. Senators on the right flank want to shrink Medicaid to save money and abandon Obamacare's strict insurance regulations to help provide greater choice and lower premiums for consumers.

But centrists want to hold onto important Obamacare requirements for covering people with pre-existing conditions and the expansion of Medicaid that is now providing coverage for millions of Americans.

In a setback for Republicans, veteran Sen. Richard Burr, R-North Carolina, said in an interview Friday "it's unlikely we will get a deal" and that he does not see "see a comprehensive health care plan this year" coming out of the Senate.

Republicans on Capitol Hill largely ignored the budget request sent last month from the Trump administration. The party is split on some of the proposed changes to Medicaid and the spending cuts to some federal programs such as cancer research, environmental protections and how much more money the military should receive to address national security threats.

Both House and Senate budget committees have been working on their own fiscal blueprint. Without any help from Democrats, it will be a heavy lift to get enough Republicans on the same page to get a budget passed.

There are competing forces inside the party with goals that are conflicting, including those that want to reduce overall spending but boost spending for the US military.

Others want to balance the budget on a faster timetable than their leaders, slashing some federal agencies with deep cuts that are unpopular in swing states and districts where some in the GOP worry about the impact on the 2018 midterm elections.

The budget is a political wish list document that doesn't need to be enacted into law. But this year's budget is a critical component of the GOP's legislative strategy. They are replying on using a tool known as "reconciliation" that allows leaders to push through a tax reform bill through the Senate with a simple majority of votes, avoiding a Democratic filibuster. They employed the same approach for the health care bill that the House passed in May.

Despite deep divisions over how to pay for a major tax bill or which tax cuts would be retained and which would be phased out, Ryan insisted last week that Congress was on track to get a bill to the President's desk "by the end of the calendar year 2017." Trump also said on Thursday that his tax proposal is "moving along in Congress" but there is no actual legislation.

Ryan's continued push for a border adjustment tax as the main revenue source to offset the tax bill faces stiff resistance from many on the right in his party. Treasury Secretary Steven Mnuchin has been critical of the proposal. Without an alternative proposal to offset the significant costs of a new tax bill lowering rates, the GOP plan could be pared down. Some are already suggesting that the GOP should focus on a package of popular tax cuts instead of a major reworking of the tax code.

In addition to paving the way for tax reform, Hill Republicans use the budget's top line numbers to set spending levels for the dozen spending bills they will need to pass before the end of September to avoid a government shutdown.

Mnuchin recently told lawmakers on Capitol Hill that the administration wanted Congress to increase the nation's borrowing authority this summer before it heads out on the five-week late summer recess. That timetable surprised GOP leaders who thought they wouldn't need to address the thorny issue until the fall.

"We need to make sure we raise our debt ceiling to pay our debts," Mnuchin said.

He also urged members to back raising the debt ceiling without any conditions attached. But conservatives in the House Freedom Caucus have already called for any increase in the borrowing limit to be paired with "policy that addresses Washington's unsustainable spending by cutting where necessary, capping where able, and working to balance in the near future."

White House budget director Mick Mulvaney, a former member of the Freedom Caucus, told The New York Times on Friday that he wanted to add some spending reforms, but also admitted, "we've not settled on a final policy within the administration."

Other key promises and finding a new FBI chief

Lawmakers are also slated to take up several issues waiting for congressional action such as new sanctions against Iran and Russia and a promise to repeal Obama-era financial regulations.

The political fallout of Trump's decision to pull out of the Paris climate change accord -- which incensed Democrats but pleased most Republicans -- will also be a focus.

The Senate will also need to take action once the President names a new FBI director, which Trump promised to do quickly but that is now in limbo. Once a nominee is named, the confirmation process could take several weeks as Democrats, in particular, work to ensure the new director will be truly independent of Trump.

A tearful reunion for burned toddler and his family

www.cnn.com - 4 years ago
The tears didn't stop, but they were tears of joy.
Read More

www.cnn.com - 3 years ago
When the brick coffin of a young woman from medieval Italy was opened after its discovery in 2010, two peculiar things stood out to the researchers: There was a perfect hole in the frontal bone of her skull, and between her pelvis and legs, there was a
Read More

How the pandemic is changing child care dynamics

www.cnn.com - 11 months ago
Juan Elias, a father of two in Oakland, California, has been experiencing a feeling that is deeply familiar to most moms since he became the primary caregiver of his two sons during the pandemic.
Read More