First gold medal of the games goes to Chinese athlete 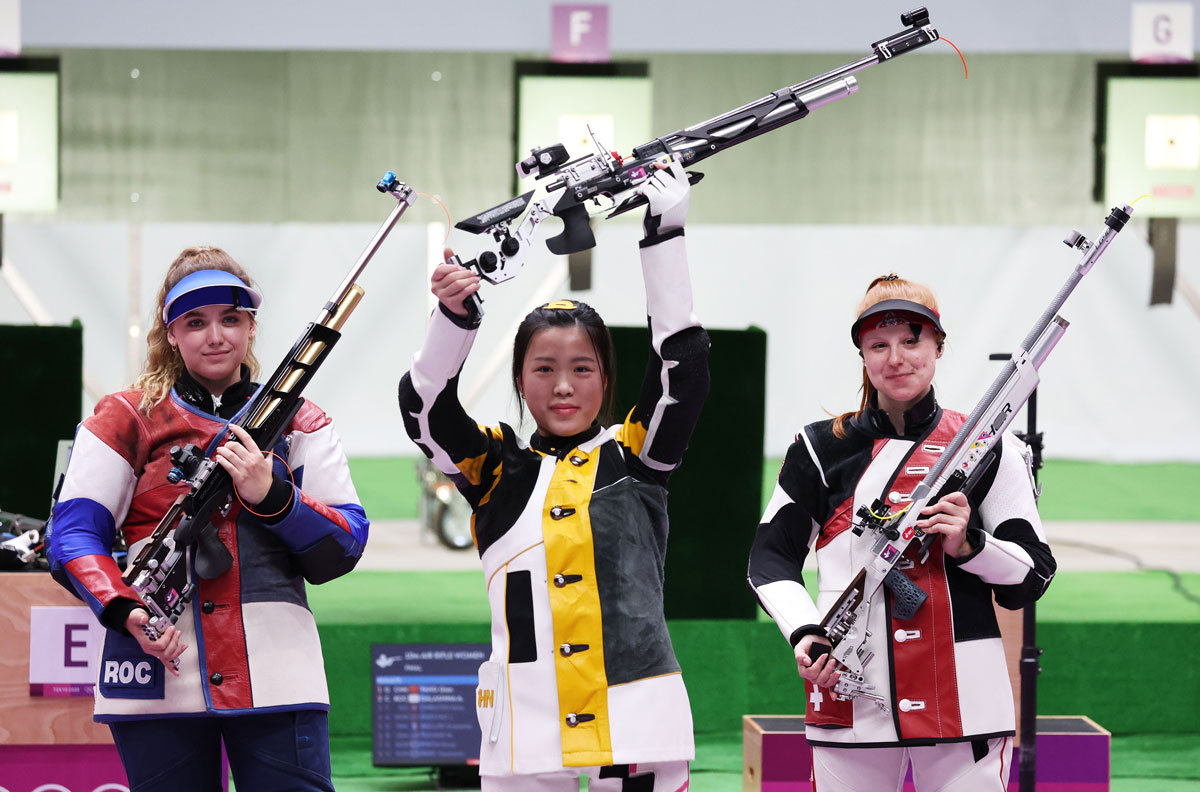 With no fans in attendance and a reduced number of athletes joining the parade, the Tokyo Olympics' Opening Ceremony officially kicked off the Summer Games on Friday as tennis star Naomi Osaka lit the cauldron.

The ceremony drew to a close around midnight in Japan as a spectacular firework display illuminated the Tokyo night sky.

The surreal circumstances of the Games' curtain raiser — unlike any other previous opening ceremony — provided a glimpse of what is to come over the next 16 days with the coronavirus pandemic set to loom large over proceedings.

In case you missed it, here's what happened at the Opening Ceremony:

The attendance: According to Tokyo 2020 organizers, 950 people attended the opening ceremony — only a handful in a venue with a capacity of 68,000 — as the 206 delegations competing were officially welcomed to the Games. US first lady Jill Biden and French President Emmanuel Macron attended the event. With athletes expected to arrive in the Olympic Village five days prior to their competition and depart a maximum of two days after, fewer took part in the parade of nations compared to previous Olympics. Team USA, for example, had more than 200 athletes walking through the stadium out of a team that is over 600 strong, while 63 of Australia's 472 athletes took part.

Tongan Pita Taufatofua made a return: Taufatofua first caught the attention of Olympic spectators in Rio five years ago when he appeared shirtless wearing traditional Tongan dress and covered in oil. He then repeated the act at the PyeongChang Winter Olympics two years later. However, Taufatofua had competition this time around, with Vanuatu's flag-bearer, rower Riilio Rii, also coming out shirtless and oiled.

Athletes remained socially distant: Many of the athletes remained socially distant as they walked through the stadium, but others — such as Argentina and Portugal — were exuberant, breaking into cheering and dancing. The procession began with Greece, the first nation to host the modern Olympic Games, whose athletes were followed by those from the 29-strong Refugee Olympic Team, which debuted at the 2016 Rio Olympics. It concluded with the US and France — the two countries hosting the next two editions of the Games — and finally Japan.

Covid-19 victims remembered: There were also tributes to those who have lost their lives during the pandemic, as well as to the 11 Israeli athletes killed in a terror attack at the 1972 Munich Olympics. How the coronavirus pandemic has affected athletes over the past 18 months was also acknowledged. Japanese boxer and nurse Arisa Tsubata — whose Olympic dreams were dashed when a qualifying event was canceled — was seen running alone on a treadmill in darkness at the start of the opening ceremony.

What to expect next: Starting Saturday, the first medals of the Games will be distributed; after months of challenges and uncertainties, Olympic organizers will finally be able to let sport do the talking.

www.cnn.com - 9 months ago
The Massachusetts nursing home for US military veterans where at least 76 people died of coronavirus this spring administered its first Covid-19 vaccines Tuesday.
Read More

Cuba vaccinates children as young as two in strategy to reopen schools, economy

www.cnn.com - 8 hours ago
The Cuban children sat in a Havana hospital watching a brightly painted clown perform his earsplitting act. They were not there for the performance, but were waiting their turn to receive one of Cuba's homegrown Covid vaccines.
Read More

Sherrod Brown: 'Of course' we should roll back Trump's tax cuts, even if CEOs whine

www.cnn.com - 6 months ago
Democratic Senator Sherrod Brown is strongly in favor of rolling back the Trump tax cuts for corporations — despite warnings from the business community that it could disrupt the economic recovery.
Read More

www.cnn.com - 1 year ago
This year the anniversary of the September 11, 2001 terrorist attacks is being observed as America finds itself in the throes of multiple crises simultaneously.
Read More
More News & Articles