Rescuers in central China are using bulldozers and rubber boats to move residents out of flooded neighborhoods after torrential rains killed at least 56 people
Author:
Published: 2021-07-24 02:14 am 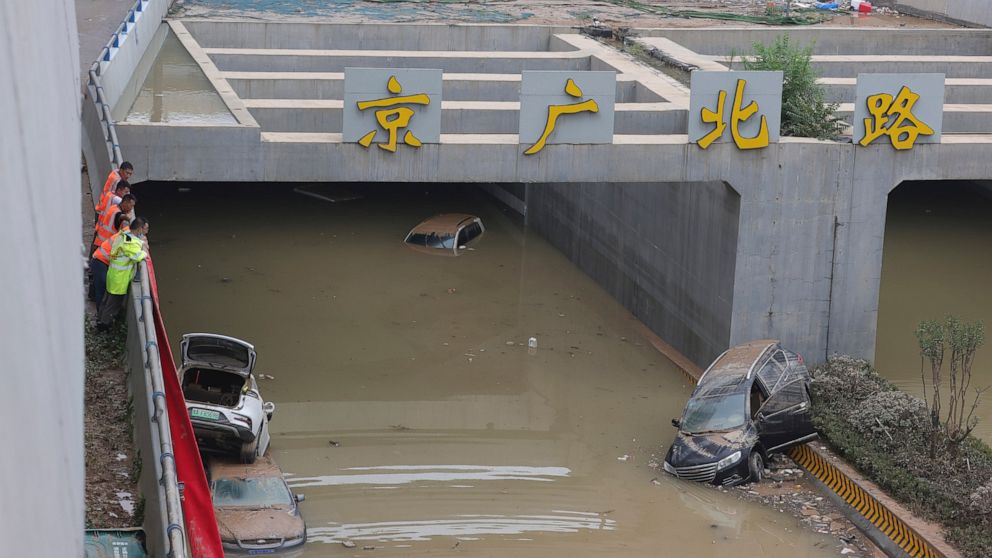 BEIJING -- Rescuers used bulldozers and rubber boats to move residents out of flooded neighborhoods in central China on Saturday after torrential rains killed at least 56 people.

In Zhengzhou, a city of 12 million people, government crews armed with industrial pumps finished draining water from a major traffic tunnel, according to a news report.

The rains that started Tuesday in densely populated Henan were the heaviest on record, according to the government.

On Saturday, skies were mostly clear but parts of Zhengzhou and other cities including Xinxiang, Hebi and Anyang still were under water.

Residents were carried out of areas in Hebi where water was up to 2 meters (6 feet) deep, the Shanghai news outlet The Paper reported.

More than 200 wrecked cars were pulled out of Zhengzhou's Jingguang North Road Tunnel, where water up to 13 meters (43 feet) deep was pumped out, The Paper reported.

The Paper said “it has been confirmed some people died” but gave no indication whether that meant additional bodies were found in the tunnel after two reported Wednesday. Twelve people died Tuesday night in a flooded Zhengzhou subway tunnel.

Direct economic losses were estimated at 13.9 billion yuan ($2 billion), according to Xinhua. It said a total of more than 3,800 houses collapsed across the province and 920,000 people were evacuated from their homes.

abcnews.go.com - 6 months ago
After a year of withering attacks, Hunter Biden has emerged with a new memoir that seeks to reframe some of the scandals that nearly derailed his dad's presidential bid.
Read More

abcnews.go.com - 11 months ago
Britain’s High Court has dismissed a libel claim by a Russian businessman against the author of a report on U.S. President Donald Trump’s alleged links to Russia
Read More

Bosnia village with link to Mars enthralled by rover landing

abcnews.go.com - 7 months ago
Bosnian villagers are preparing to gather in front of a video screen in the yard of their community’s only school to watch NASA’s Mars rover attempt a difficult landing Thursday in a crater on the Red Planet named after their small village
Read More
More News & Articles