Man shot and injured by cops on Staten Island: Sources

A man was shot and later taken to Staten Island University Hospital after he lunged toward NYPD officers with a pipe on Friday night in Staten Island.
Author: Larry Celona, Patrick Reilly
Published: 2021-07-24 02:08 am 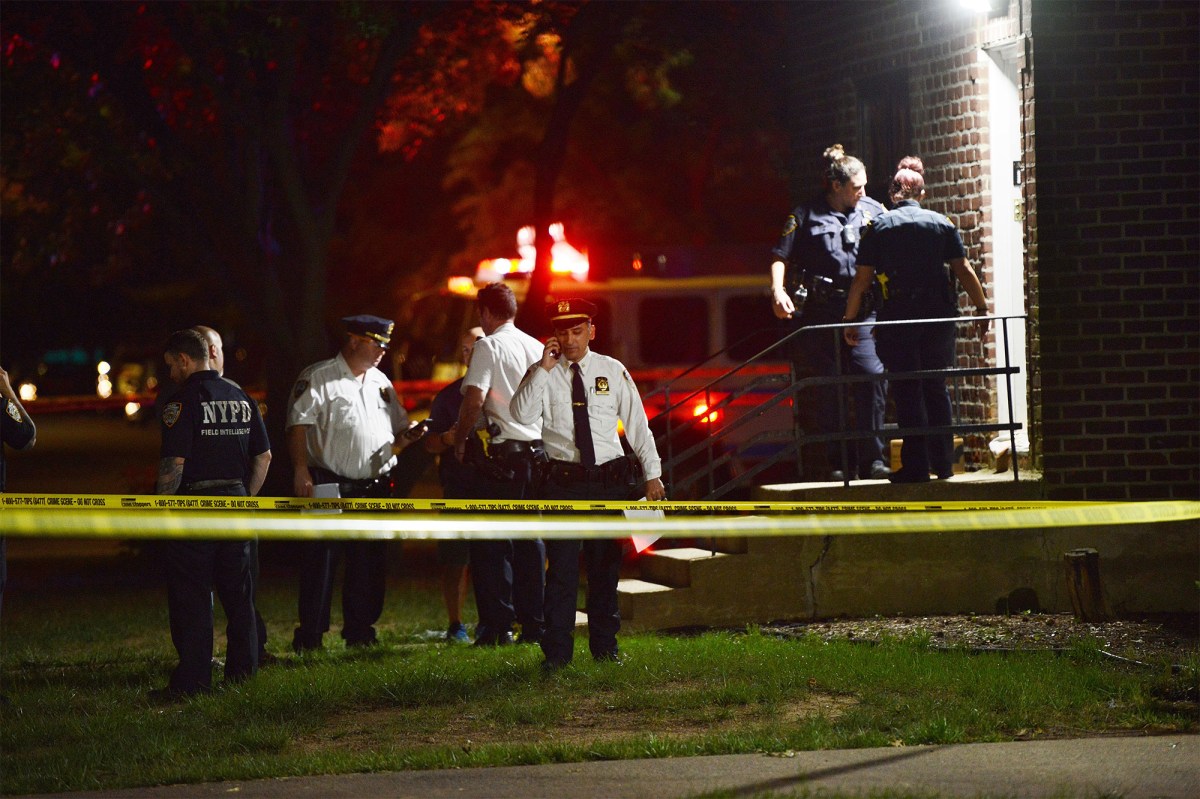 A man was hospitalized after being shot by police in Staten Island on Friday night, law enforcement sources said.

A cop opened fire when the man lunged at officers with a pipe, according to the sources. He was shot in the arm and stomach.

The shooting took place at around 11 p.m. on Malden Place near Falcon Avenue, the NYPD said.

The man, who is in his 40s, was taken to Staten Island University Hospital and was expected to survive.

Officers were responding to a call about a disturbance when they encountered the man swinging a pipe that he refused to drop, the source said.

A neighbor named Sharon, who declined to give her last name, told The Post that the suspected attacker had threatened her earlier on Friday.

She said she was heading home when the man, who was sitting on his stoop, shouted, “Don’t play with me,” as she crossed the street.

“Then he goes, ‘I want it back. I know you took it. If you don’t give it back to me, you’re going to see what’s going to happen,'” Sharon said.

When she asked if he was threatening her, Sharon said the man “got in my face and said ‘Yes, I’m threatening you.’”

Later, she said she saw him walking up and down the block screaming, which is when she called the police to report that her neighbor was acting “weird.”

“When the cops came, I heard banging and then shots fired,” she said, adding she thought she heard three or four shots, but that “it might have been more.”

She said cops have responded to previous calls involving this resident over the last two years, and that incidents like this are rare in her typically quiet Oakwood neighborhood.

nypost.com - 8 months ago
A Brooklyn man rattled by recent subway crime has started a service to safely escort straphangers home from the train. Bushwick resident Peter Kerre, 40, began the “SafeWalks NYC” initiative following a recent slew of random attacks on women at the Morgan
Read More

nypost.com - 6 months ago
The Kelly Gang, the charity organization started by media figures who share the same surname, hit pause on its 2021 St. Patrick’s Day fundraiser but plans to return in force in 2022. The event, which counts former top cop Ray Kelly as a co-founder and
Read More

nypost.com - 7 months ago
Aaron Boone will be sporting a new in-game look this season. Major League Baseball’s 2021 Operations Manual, collectively bargained with the MLB Players Association, features most of the same rules and regulations — including seven-inning doubleheaders,
Read More

nypost.com - 10 months ago
Finally, the savior shall speak. Steve Cohen, who officially completed his $2.475 billion purchase of the Mets from the Wilpons on Friday, will hold a Zoom news conference Tuesday with his new team president, Sandy Alderson (who of course worked as the
Read More
More News & Articles