The Serbian tennis star is aiming for a "golden slam" – meaning winning all four major tournaments and an Olympic gold medal in a single year. No male tennis player has ever done it. (Image credit: Patrick Semansky/AP)
Author: Merrit Kennedy
Published: 2021-07-24 03:51 am 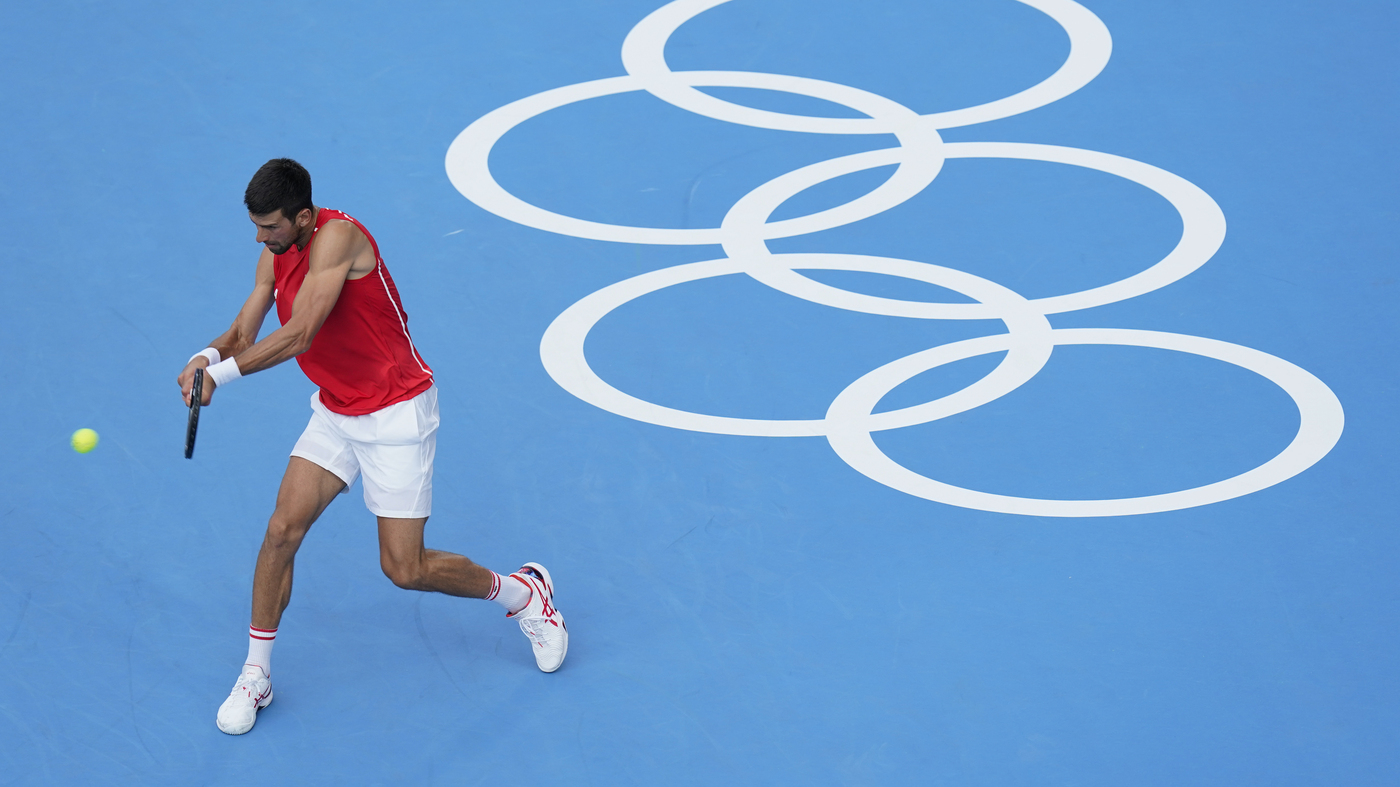 In men's singles tennis, no athlete has ever won a "golden slam" – meaning winning all four major tournaments and an Olympic gold medal in a single year.

Serbia's Novak Djokovic is trying to change that. If he takes gold at the Tokyo Olympics, he'll only need to win one more major tournament – the U.S. Open – to complete the historic feat.

He's off to a good start on the first day of Olympic tennis competition, easily defeating Bolivia's Hugo Dellien 6-2, 6-2.

The tennis star has already won the Australian Open, French Open and Wimbledon in 2021. Ahead of the match, Djokovic was circumspect about his chances of completing a golden slam.

"It's still a very long way from potential achievement, historic achievement," he said. "I am privileged and motivated to be in this position ... let's talk about history if everything goes great here after I finish with the tournament."

He acknowledged that it "seems more and more realistic," and was clear that it's a dream of his. Djokovic praised Steffi Graff, who in 1988 became the only woman to complete the feat.

One factor might really help Djokovic – some of his chief rivals are not competing in the Olympics. Switzerland's Roger Federer is suffering from a knee injury, and Rafael Nadal from Spain decided to sit out this competition.

"I have not experienced too many big tournaments in the past 15 years without Roger and Rafa playing," he said. "So it's a little bit strange, to be honest. ... But still, you know, some of the best players in the world are here."

Djokovic has been open about the fact that he was initially hesitant to come to these Games because strict coronavirus protocols mean that fans will not be in the stands.

"It's different, but it's still the Olympic Games. I was in a dilemma for a little bit, but ultimately I decided to come," he said.

"And I'm glad because, you know, for me there are many more things that are beautiful about the Olympic Games."

As California Expands Vaccination, Some Worry Farm Workers Will Lose Out

www.npr.org - 7 months ago
Walter Newman, has been giving flu vaccines to California farm workers for decades. He talks to NPR's Lulu Garcia-Navarro about ensuring they get COVID-19 shots, even as the state runs low on doses.
Read More

Remembering Noé Montoya: A Mentor, A Father, A Humanitarian

www.npr.org - 6 months ago
Latino icon Noé Montoya died of COVID-19 on Thanksgiving Day at age 66. The son of Mexican farmworkers, he was an actor, musician and an employment counselor who helped people enter the workforce.
Read More

www.npr.org - 11 months ago
Democratic lawmakers are demanding more information from the Trump administration about U.S. agents working in Guatemala to round up Honduran migrants and send them to the Guatemala-Honduras border. (Image credit: Santiago Billy/AP)
Read More
More News & Articles