Firefighters are turning over the search and recovery efforts at the Surfside condo building collapse to the Miami-Dade Police Department, officials said Friday.
Author:
Published: 2021-07-24 04:32 am 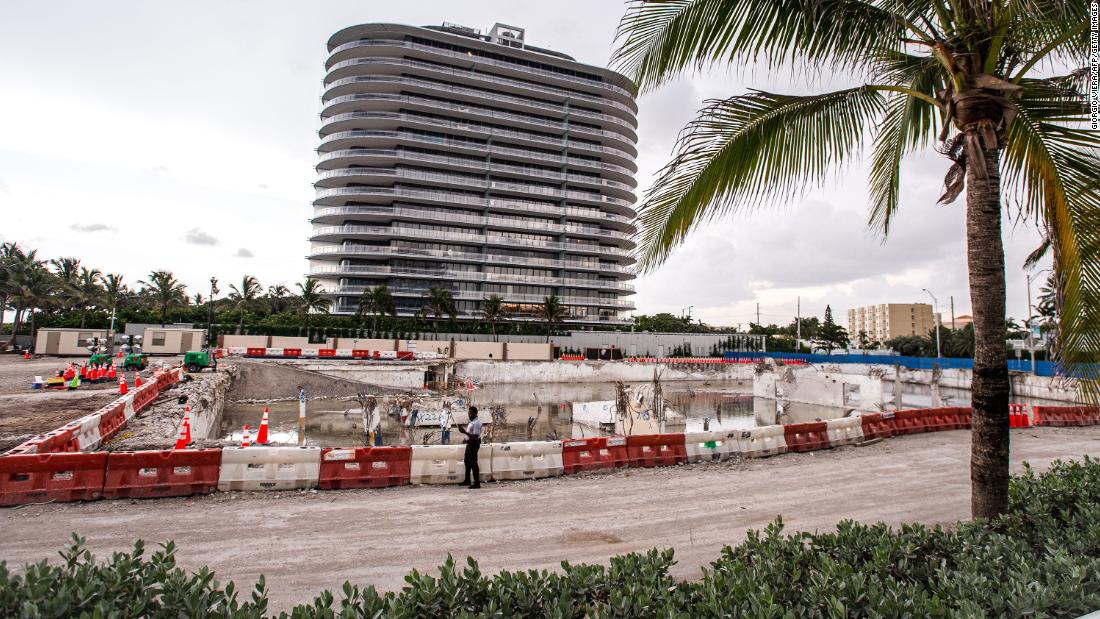 (CNN)Firefighters are turning over the search and recovery efforts at the Surfside condo building collapse to the Miami-Dade Police Department, officials said Friday.

The Miami-Dade Fire Rescue had been in charge at the site of the now-leveled residential building in the South Florida community. But that is now changing, according to a news release from Miami-Dade Mayor Daniella Levine Cava's office, allowing the police department to step in fully.

"The operation is ongoing, and MDPD is continuing to search the debris pile both for human remains and for personal items until they have completed a full additional search of the debris," the news release said.

The most recent victim was identified as 58-year-old Linda March. The county said it believes there is still one victim.

It hasn't named the person, but on Friday, the family of Estelle Hedaya, 54, told CNN she is the final victim.

"The tough part is seeing my parents like this, day after day," her brother, Ikey Hedaya, told CNN. "I just want my sister to be at peace and get the honor and respect she deserves."

Part of the Champlain Towers South crumbled in the early morning hours of June 24 while many of the residents were sleeping. Some residents described the terror of feeling the rumbling and seeing the cracks in the walls. Others did not make it out.

The mayor noted that Miami-Dade firefighters have been on the scene since that morning.

"They are true superheroes who have stepped up to serve this community in the wake of unprecedented disaster -- not just by leading the search and rescue and recovery operation but through the care and compassion they demonstrated to all the families, doing everything they could to bring closure to those who lost loved ones," Levine Cava said.

"We're also very grateful to Miami-Dade Police Department which has been leading the investigation since the beginning, and now continues the challenging work of continuing to sift through millions of pounds of debris, searching for remains and personal items to bring closure to families," the mayor added.

Now a month since the tragedy, the site is mostly cleared and debris has been relocated to a different site, with more than 22 million pounds of debris removed.

Officials have said the search will not end until every loved one is recovered.

"We are continuing to search with enormous care and diligence and to work closely hand-in-hand with faith leaders as we have since the beginning of this process," Levine Cava said.

The cause of the collapse remains under investigation, which will fully begin when the search ends.

Florida State Attorney Katherine Fernandez Rundle has acknowledged "multiple requests by engineers and attorneys" to gain access to the site.

"It is my understanding that once NIST (the National Institute of Standards and Technology), the Miami-Dade Fire Rescue and Miami-Dade Police Departments determine that it is safe and appropriate for others to gain access to the site, they will be permitted to do so under guidelines set forth by those agencies," Rundle said.

Andy Rose and Deanna Hackney contributed to this report.

www.cnn.com - 4 months ago
A version of this article first appeared in the "Reliable Sources" newsletter. You can sign up for free right here.
Read More

www.cnn.com - 11 months ago
As Vice President Mike Pence and Sen. Kamala Harris of California meet in Salt Lake City on Wednesday night for their first and only vice presidential debate, more than 5.4 million Americans have already voted in the general election, according to a CNN
Read More
More News & Articles