Why it feels surreal to watch the Tokyo Olympics in person 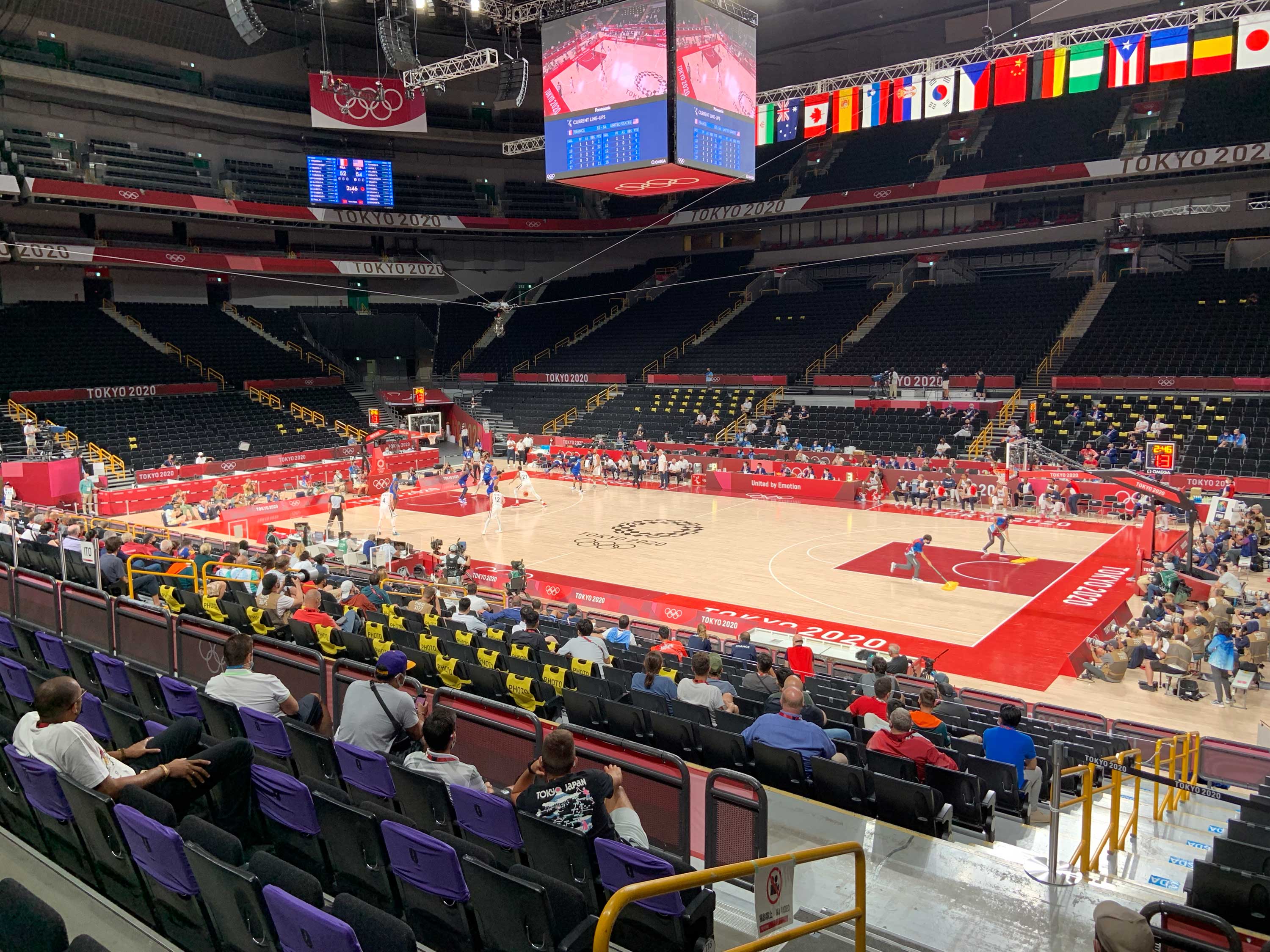 Sunday night's men's basketball matchup between the US and France featured some of the world's most famous athletes.

From France's Nicolas Batum and Rudy Gobert to Damian Lillard and Kevin Durant on the US roster, both teams fielded big stars on multimillion dollar NBA contracts.

And yet, the atmosphere felt like a high school basketball game.

With Tokyo holding the Olympics in the middle of a state of emergency, almost all fans have been banned from viewing competition. The normally palpable excitement of the competition is, like the stadium, nearly empty.

Security guards and volunteers outnumber spectators, who are in the hundreds. They consist exclusively of media, VIPs and other team members.

France's stunning upset of Team USA — which hadn't lost in the Olympics since Athens in 2004, had all the makings of a professional basketball game — the usual music, replays and commentary.

It was amazing to witness history, but the atmosphere was surreal.

Zolotic is the first US woman to win Olympic gold in Taekwondo.

The United States captured its fourth gold medal of the Summer Games and the nation's tenth overall.

Pope Francis blessed the organizers, athletes, and those involved in the Tokyo 2020 Olympics during his Sunday blessing.

“In this time of the pandemic, these Games are a sign of hope, a sign of universal brotherhood in the name of healthy competition,” the Pope said.

Here's some more from the Pope's blessing:

“In recent days, torrential rains have hit the city of Zhengzhou, in the province of Henan in China, causing devastating floods. I pray for the victims and their families, and I express my closeness and solidarity to all those who suffer from this calamity. Last Friday the 32nd Olympics opened in Tokyo. In this time of pandemic, these Games are a sign of hope, a sign of universal brotherhood in the name of healthy competition. God bless the organizers, the athletes and all those who collaborate for this great sports festival.”

www.cnn.com - 4 months ago
• Biden wants to close the digital divide in the US. Here's what that could look like
Read More

www.cnn.com - 7 months ago
President Joe Biden told CNN Friday he is "anxious" to see how Senate Republicans will vote in the impeachment trial and whether they will "stand up."
Read More

www.cnn.com - 1 year ago
Epic Games is still trying to get Apple to reinstate its Fortnite app on iOS devices. Late Friday, the gaming company filed a motion for a preliminary injunction against Apple's blocking Fortnite on iPhones and iPads.
Read More
More News & Articles