New Zealand has agreed to repatriate an alleged Islamic State militant and her two young children, who have been detained in Turkey since February
Author:
Published: 2021-07-25 11:42 pm 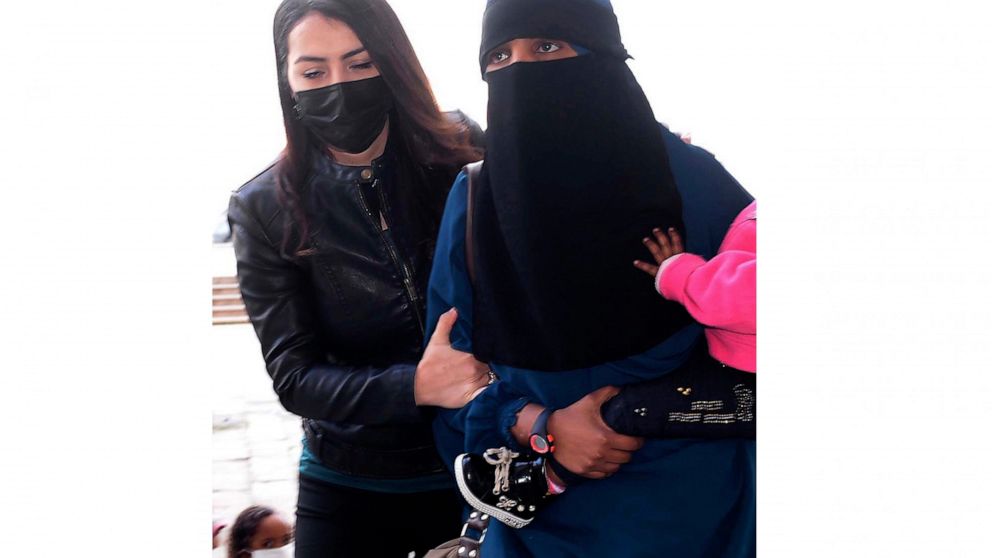 WELLINGTON, New Zealand -- New Zealand on Monday agreed to repatriate an alleged Islamic State militant and her two young children, who have been detained in Turkey since February.

The decision follows a bitter dispute with Australia over which country needed to shoulder responsibility for the woman, who had been a dual citizen of both countries until Australia stripped her citizenship under its anti-terrorism laws.

The woman and her children were arrested when they tried to illegally cross from Syria into Turkey, according to Turkey's Defense Ministry. Turkey identified her only by her initials, S.A., while New Zealand media say she is Suhayra Aden, who was 26 at the time of her arrest.

Prime Minister Jacinda Ardern said New Zealand had taken into account its international responsibilities and could not remove citizenship from anybody if it left them stateless.

“I made very strong representations to Australia that she should be permitted to return there. Her family moved to Australia when she was 6 and she grew up there before departing for Syria in 2014 on an Australian passport," Ardern said in a statement. “Unfortunately, Australia would not reverse the cancellation of citizenship.”

Ardern said the safety and wellbeing of New Zealanders was the government's paramount concern. She said there had been extensive planning with the police and other agencies.

“I can assure people great care is being taken as to how the woman and her young children are returned to New Zealand and how they will be managed in a way that minimizes any risk for New Zealanders," Ardern said.

It was not clear whether the woman would face any charges in New Zealand.

Ardern said anybody suspected of being associated with a terrorist group should expect to be investigated under New Zealand laws, although the case remained a matter for the police.

New Zealand police did not immediately respond to a request for comment.

abcnews.go.com - 9 months ago
A report says Mexico has had the most journalists killed in retaliation for their work in 2020, followed by Afghanistan and the Philippines
Read More

abcnews.go.com - 6 months ago
Pope Francis has used his traditional Easter address to denounce as “scandalous” that warfare continues to rage and military arsenals are fattened around the world as the coronavirus pandemic causes social and economic suffering
Read More

Police officers charged with assault, 'dereliction of duty' during protest

abcnews.go.com - 2 months ago
As Texas House Democrats close the first week of their quorum break in Washington, D.C., their Republican colleagues are trying to compel them to return home.
Read More
More News & Articles