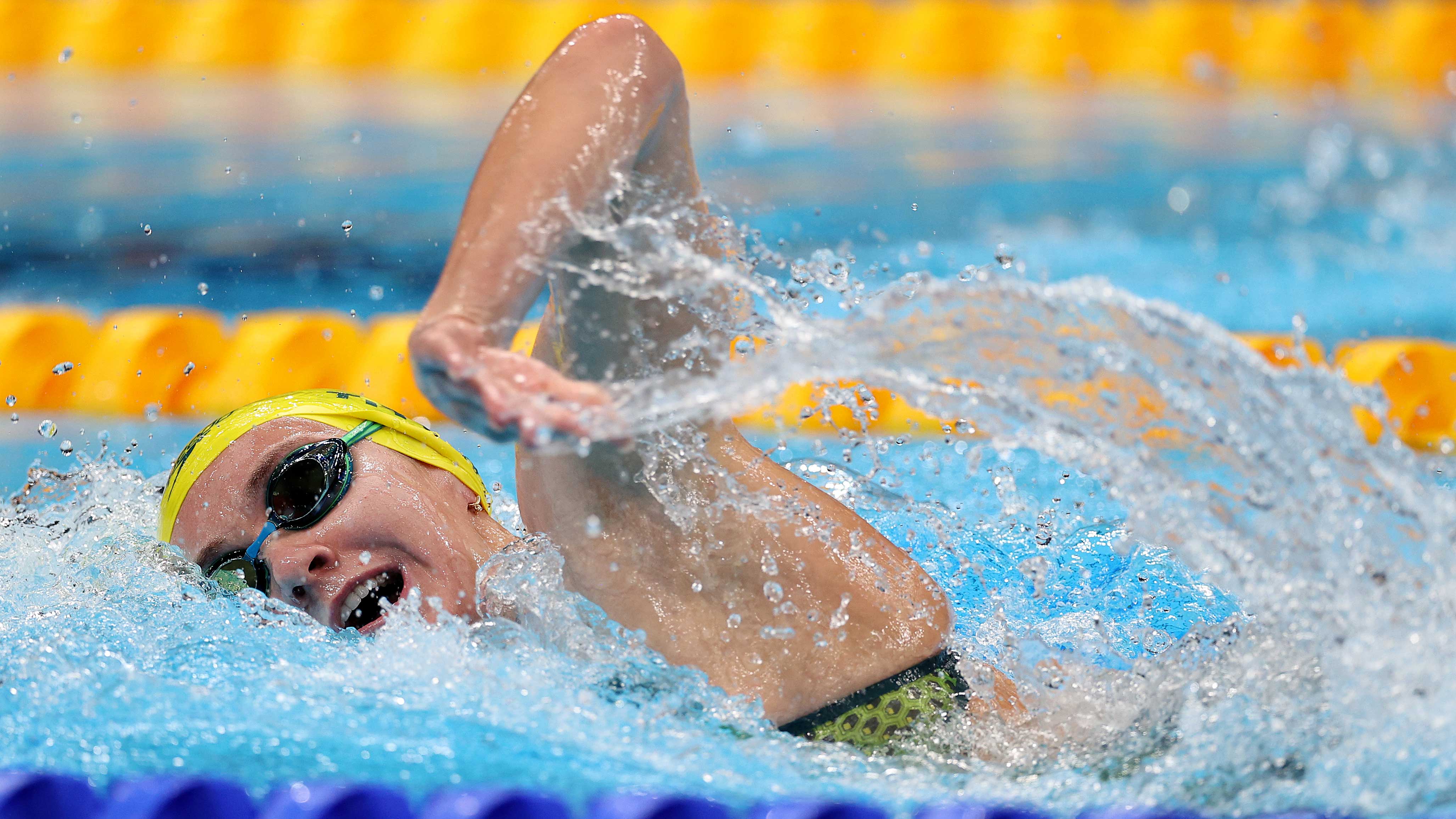 Ariarne Titmus of Australia has won gold in the women's 400m freestyle at the Tokyo Olympics, finishing with a time of 3:56:69.

Titmus' time is the second fastest ever behind American Katie Ledecky's world record of 3:56:36.

Great Britain’s Adam Peaty has won the men’s 100m breaststroke at the Tokyo Olympics. Peaty, the defending Olympic champion and world record holder in this event, swam a time of 57.37.

His win gives Great Britain its first gold medal of these Olympics and gives Peaty his third Olympic medal.

Sunday night's men's basketball matchup between the US and France featured some of the world's most famous athletes.

From France's Nicolas Batum and Rudy Gobert to Damian Lillard and Kevin Durant on the US roster, both teams fielded big stars on multimillion dollar NBA contracts.

And yet, the atmosphere felt like a high school basketball game.

With Tokyo holding the Olympics in the middle of a state of emergency, almost all fans have been banned from viewing competition. The normally palpable excitement of the competition is, like the stadium, nearly empty.

Security guards and volunteers outnumber spectators, who are in the hundreds. They consist exclusively of media, VIPs and other team members.

France's stunning upset of Team USA — which hadn't lost in the Olympics since Athens in 2004, had all the makings of a professional basketball game — the usual music, replays and commentary.

It was amazing to witness history, but the atmosphere was surreal.

www.cnn.com - 8 months ago
The Justice Department formally rescinded the Trump administration's controversial "zero tolerance" policy that called for the criminal prosecution of adults crossing the border and led to the separation of thousands of families, according to a memo
Read More

www.cnn.com - 7 months ago
As a teenage runaway in the foster care system and forced into homelessness, Vanessa Warri's childhood was marked by trauma -- but she's overcoming her early circumstances despite the odds.
Read More

Ignoring CDC warnings, more than 1 million passengers have flown from US airports for 10 straight days

www.cnn.com - 6 months ago
• Vaccine passports may save Europe's summer, but only for the lucky ones
Read More

Nearly half of all abortions each year are unsafe, study says