The fight was caught caught on video by nearby fans, and some Twitter users are praising one combatant for "eating" the jabs like a champ.
Author: Jenna Lemoncelli
Published: 2021-07-26 02:50 pm 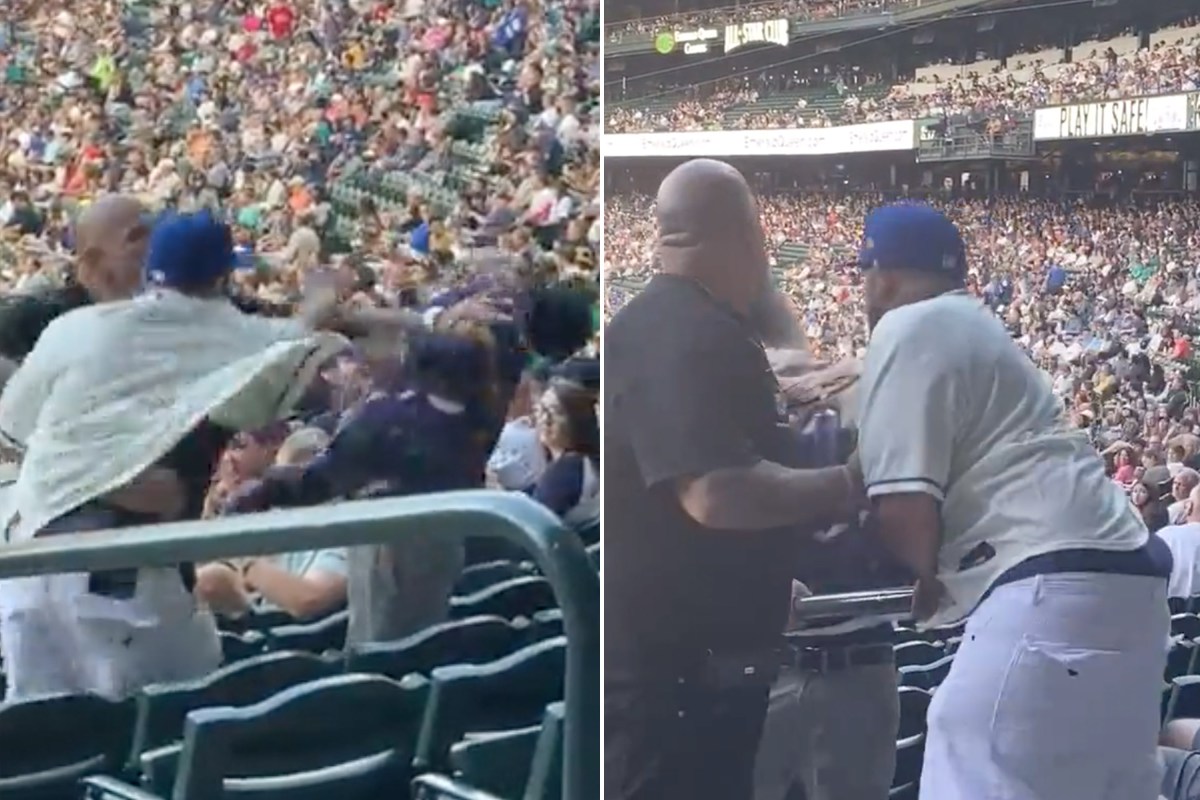 This is brutal to watch.

Two fans got into an altercation at Friday’s Mariners-Athletics game, where one man named Michael took two “solid” shots to the face – but managed to stay on his feet.

The fight was caught caught on video by nearby fans, and some Twitter users are praising Michael for “eating” the jabs like a champ.

After the scuffle, Michael took to Twitter to show off a bloody gash above his right eye.

“I’m fine btw! Ate them up,” he said bout the punches.

Other Twitter users chimed to voice their surprise that Michael wasn’t banged up after the blows.

“2 shots point blank and that’s all he did?,” one person tweeted in response to the clip, to which Michael replied, “First one was solid.”

He continued to engage with critics and provided his side of the story in reply tweets.

“It was a cheap shot. No way I could put my hands up while the biker dude is holding me back,” he tweeted about a bearded man who attempted to separate the men.

“Ya know sense he got tossed I had to get tossed,” Michael told another Twitter user. “But 100% people aren’t seeing the bigger picture here. If I would have swung back I would have gone to jail too and made and even bigger scene,” he continued, adding, “2 shots couldn’t drop me, I took it and smiled.”

He added that he “was on point with not swinging back” because “[I] Ain’t trying to go to jail with ya bud.”

The Post can not confirm if legal action was taken against the two males, or if MLB stepped in.

nypost.com - 6 months ago
ST. LOUIS — St. Louis Treasurer Tishaura Jones, who has been outspoken in her criticism of the criminal justice system’s “arrest and incarcerate” model, won election Tuesday and will take over as the first Black female mayor in a city beset by yet another
Read More

nypost.com - 7 months ago
The chairman of the National Transportation Safety Board said a preliminary assessment has revealed that damage to a fan blade in the engine that failed on a United Airlines Boeing 777-200 is consistent with metal fatigue. The Pratt & Whitney PW4000 engin
Read More

nypost.com - 1 month ago
The Democrat faces a recall election in September after 1.3 million Californians signed a recall petition damning his performance.
Read More

nypost.com - 6 months ago
It will feel like Christmas today for the Giants, but especially for Daniel Jones. Happy Golladay. A great, big catch for Dave Gettleman and Joe Judge. A great, big target for Danny’s Dimes. The signing of Kenny Golladay changes everything now for Jones,
Read More
More News & Articles