A verdict is due to be delivered in the trial of the first person charged under Hong Kong's controversial national security law
Author:
Published: 2021-07-27 01:45 am 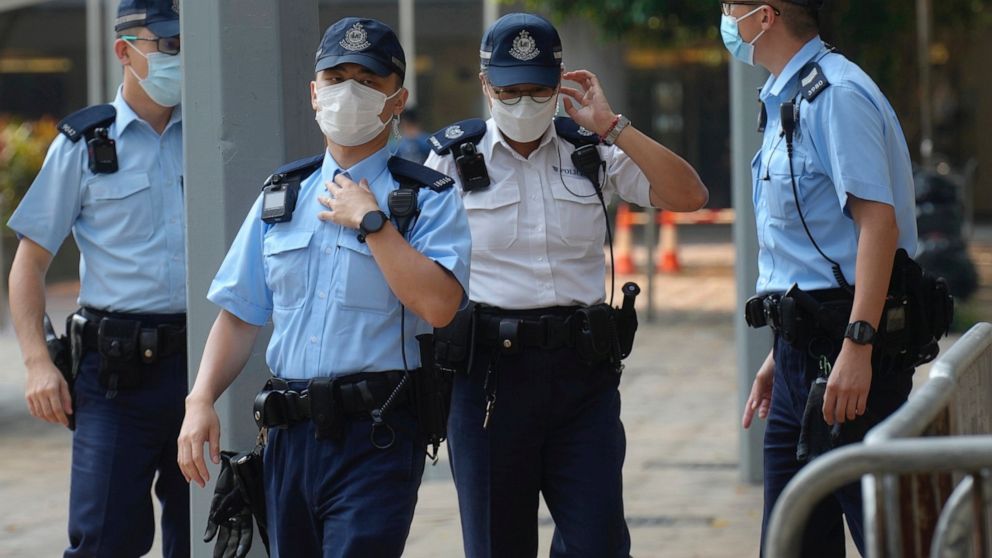 HONG KONG -- A verdict is due to be delivered Tuesday in the trial of the first person charged under Hong Kong’s controversial national security law.

Tong Ying-kit, 24, was delivered to the Hong Kong High Court in a prison van Tuesday morning, with the verdict set to be handed down in the afternoon.

Tong is accused of driving his motorcycle into a group of police officers while carrying a flag bearing the protest slogan “Liberate Hong Kong, revolution of our times” on July 1 last year, a day after Beijing imposed sweeping national security legislation on Hong Kong following months of anti-government protests in 2019.

Tong's trial ended July 20, and the verdict is being closely watched for indications as to how similar cases will be dealt with in future.

More than 100 people have been arrested under the security legislation.

Tong pleaded not guilty to charges of inciting secession, terrorism and an alternative charge of dangerous driving. He faces a maximum sentence of life imprisonment if found guilty.

The trial was held in the High Court with no jury, under rules allowing this exception from Hong Kong's common law system if state secrets need to be protected, foreign forces are involved or if the personal safety of jurors needs to be protected. Trials are presided over by judges handpicked by Hong Kong leader Carrie Lam.

Tong’s defense lawyer has said it’s impossible to prove that Tong was inciting secession merely by having used the slogan.

The defense also said there is no evidence that Tong committed the act deliberately, that he avoided crashing into officers and that his actions couldn’t be considered terrorism since there was no serious violence or harm to society.

While Hong Kong has its own Legislative Council, Beijing's ceremonial legislature imposed the national security law on the semiautonomous city after it determined the body was unable to pass the legislation itself because of political opposition.

That followed the increasingly violent 2019 protests against China’s growing influence over the city's affairs, despite commitments to allow the city to maintain its own system for 50 years after the 1997 handover from British rule.

China's legislature has mandated changes to the makeup of the city's Legislative Council to ensure an overwhelming pro-Beijing majority, and required that only those it determines “patriots" can hold office.

Authorities have banned the protest slogan “Liberate Hong Kong, revolution of our times,” stating that it has secessionist connotations. Library books and school curricula have also been investigated for alleged secessionist messages.

Hong Kong's last remaining pro-democracy newspaper, Apple Daily, was forced out of business last month and a court denied bail for four editors and journalists held on charges of endangering national security as part of the widening crackdown.

Beijing has dismissed criticisms, saying it is merely restoring order to the city and instituting they same type of national security protections found in other countries.

abcnews.go.com - 8 months ago
British police say they have charged a London man who was spotted carrying an ax near Buckingham Palace
Read More

WHO chief: Omicron shows need for global accord on pandemics

abcnews.go.com - 4 days ago
The WHO is pushing for an accord to help prevent and fight pandemics.
Read More

abcnews.go.com - 1 year ago
The U.S. envoy for Iran says the Trump administration will maintain its pressure campaign until the inauguration and anticipates it will be difficult for a future President Joe Biden to bring the U.S. back into the 2015 nuclear agreement
Read More
More News & Articles