Home prices surged 17 percent in May, fastest rate since 2004

Prices for US homes rose faster in May than they have in 17 years as surging demand for housing outstripped the supply. The S&P CoreLogic Case-Shiller 20-city home price index, released Tuesday, soared 17 percent in May from a year earlier on top of a 15
Author: Associated Press
Published: 2021-07-27 02:15 pm 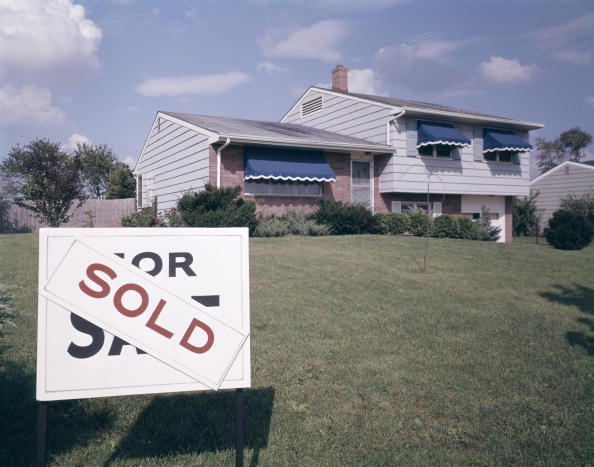 Prices for US homes rose faster in May than they have in 17 years as surging demand for housing outstripped the supply.

The S&P CoreLogic Case-Shiller 20-city home price index, released Tuesday, soared 17 percent in May from a year earlier on top of a 15 percent jump in April. The May increase was the biggest since August 2004.

The hottest markets were Phoenix (where prices surged 25.9 percent), San Diego (24.7 percent) and Seattle (23.4 percent). All 20 cities reported faster year-over-year growth in May than they did in April.

The US housing market has been hot. Many Americans, tired of being cooped up at home during the pandemic, have traded in apartments and small homes in cities for bigger houses in the suburbs. The Federal Reserve’s money policies have also kept mortgage rates near historic lows, pushing up demand for housing.

The supply of houses for sale has been limited, partly because many Americans are reluctant to put their properties on the market and allow would-be buyers to troop through their homes.

But rising housing prices have pushed many would-be buyers out of the market. The Commerce Department reported Monday that sales of new homes fell in June for the third straight month, sliding to the lowest level in more than a year. Last week, the National Association of Realtors reported that sales of previously occupied homes rose in June, snapping a four-month losing streak.

“Price pressures remain very firm and appear ready to stay that way in the months to come,” said Matthew Speakman, economist at the real estate firm Zillow. “Indeed, sharply rising prices do appear to have priced out some home shoppers, particularly those looking to enter the market for the first time, and causing fatigue among would-be buyers. But overall demand for homes remains very firm.’’

A world of crack, urine and catatonia: Welcome to Washington Square Park

nypost.com - 2 months ago
The effect was to foreground the misery of the numerous addicts who call the park and nearby streets home: a world bathed in crack smoke, drenched in urine, murmuring with the fragmentary, delusional self-talk of lost souls.
Read More

nypost.com - 1 year ago
Families faced a slew of problems including trouble logging in, uncommunicative teachers and, now, the fear that their kids might not even get to take their online classes in real time.
Read More

nypost.com - 10 months ago
A New York City bus driver posted video to social media showing an unmasked man spitting on her vehicle’s windows — before smearing food all over the screen. Viral video posted on TikTok by the driver, Kim Sharp, shows the man futzing with the bus’s
Read More

The righteous NIMBYs: Besieged by disorder and failing pols

nypost.com - 2 months ago
NIMBY — “not in my back yard” — is usually applied to locals battling selfishly against a nearby project that’s plainly in the wider public interest that doesn’t really harm them, such as the baseless hysteria of some in Westchester that actually forced
Read More
More News & Articles