The U.S. women's team took an early lead against the Russians and maintained it the entire game. The action unfolds over just 10 minutes — or the first to 21 points if that happens more quickly. (Image credit: Jeff Roberson/AP)
Author: Merrit Kennedy
Published: 2021-07-28 09:30 am 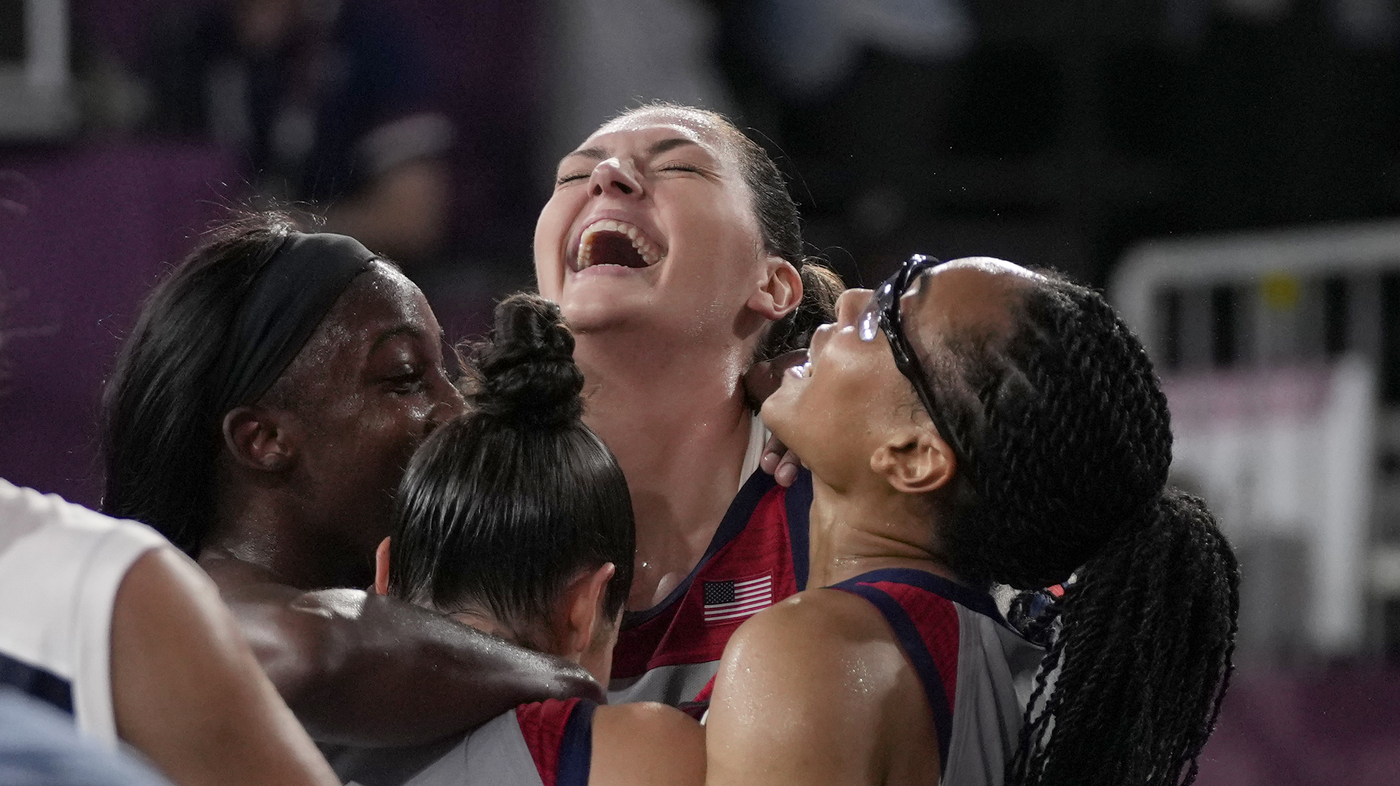 The U.S. women's 3-on-3 team beat out the team from Russia to win the first-ever gold medal in the dizzyingly fast sport at the Olympics.

They took an early lead against the Russians and maintained it the entire game, with a final score of 18-15.

Stefanie Dolson, who is 6'5 and plays for the Chicago Sky, led the team in scoring with seven points.

The action unfolds over just 10 minutes — or the first to 21 points if that happens more quickly — and play stops much less frequently than traditional basketball. It's also a lot rougher.

"The hardest part is playing with the pace and playing so physical," Kelsey Plum of the Las Vegas Aces said ahead of Wednesday's games. "You are getting held and grabbed and pushed every single play and so the freedom of movement is not the same."

Both teams go for the same basket on a small court. There are four players on each side, and teams shuffle the three actively playing every minute or so.

The U.S. women secured their spot in the final earlier on Wednesday in a tight game against France, with six points each from Plum and Allisha Gray, who is a guard in the WNBA for the Dallas Wings.

If the Olympics had not been postponed, Plum, 26, would not have been able to play.

In June 2020, she experienced a major injury — a torn Achilles tendon. But the extra year gave her enough time to heal and be ready to compete at the Games.

In U.S., Immigrants From Myanmar Monitor Post-Coup Protests Back Home

www.npr.org - 8 months ago
Many in the Myanmar immigrant community in the U.S. worry about family and friends back home, where tensions between security forces and protesters continue to escalate following a military coup.
Read More

www.npr.org - 10 months ago
Joe Biden won the election, but President Trump continues to claim he won and challenge the results in court. These moves may put the country's democracy and Trump's political future at risk.
Read More

How To Lose An Election: A Brief History Of The Presidential Concession Speech

www.npr.org - 11 months ago
There's no legal or constitutional requirement that the loser of a U.S. presidential election must concede. But the public concession speech is an important tradition, perhaps now more than ever. (Image credit: Bettmann / Bettmann Archive)
Read More