Another jetpack sighting reported near LAX: "The jet man is back"

In recordings obtained by CBS Los Angeles, air traffic control personnel could be heard issuing a warning to pilots.
Author:
Published: 2021-07-29 06:41 am 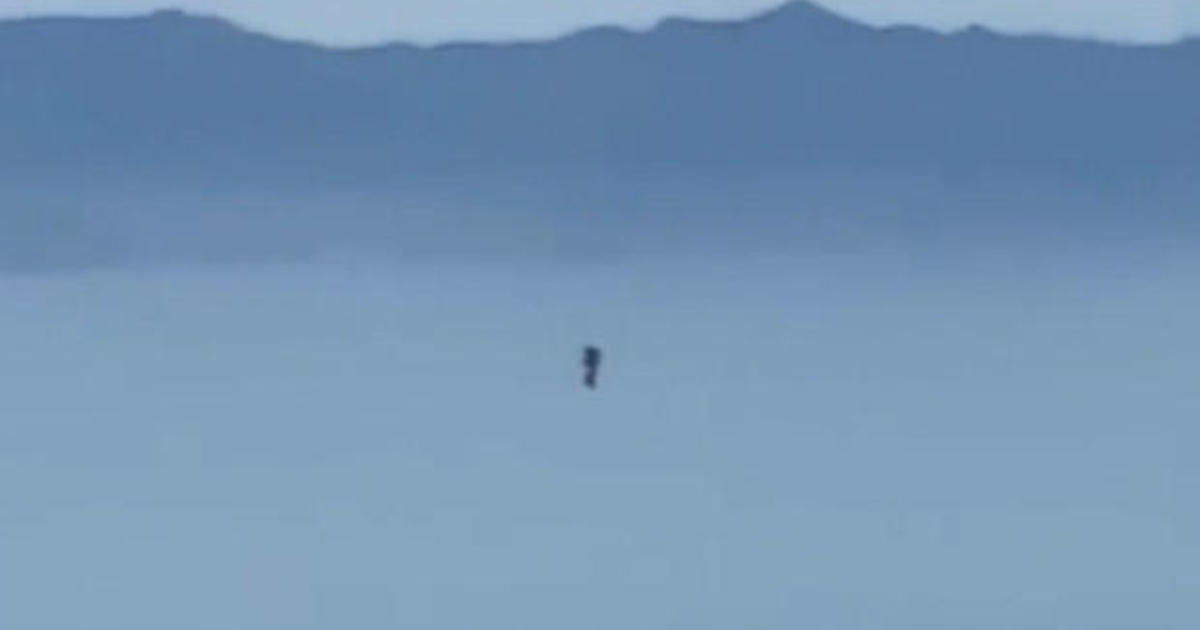 That's what an air traffic controller can be heard saying to a SkyWest flight after another possible jetpack sighting reported Wednesday evening near Los Angeles International Airport. The sighting comes after at least four pilots reported seeing a similar aerial mystery last year in the same area.

"A Boeing 747 pilot reported seeing an object that might have resembled a jetpack 15 miles east of LAX at 5,000 feet altitude," a Federal Aviation Administration spokesperson said in a statement. "Out of an abundance of caution, air traffic controllers alerted other pilots in the vicinity."

In recordings obtained by CBS Los Angeles, air traffic control personnel could be heard issuing a warning to pilots.

Pilot: We were looking, but we did not see Iron Man.

Late last year, a number of similar reports were made near the airport, prompting the Federal Bureau of Investigation to get involved.

Separately, a flight school posted footage on Instagram of the possible jetpack spotted off the coast of the Palos Verdes Peninsula.

A report issued by the FBI said that the reported sightings were unlikely to involve an actual person with a jet pack.

CBS News correspondent Kris Van Cleave reported last year there does not appear to be a jetpack on the market that could get someone to an elevation of roughly 3,000 feet and back to the ground safely. That would require a lot of fuel or a parachute.

David Mayman, CEO of L.A.-based Jetpack Aviation, told Van Cleave he was also doubtful it was a jetpack.

"They'd run out of fuel, they use fuel too quickly," Mayman said, adding that a typical flight time for a jetpack is just 5 to 10 minutes. "If it's a real jetpack, its noisy.  People would have heard it take off and land."

Flight veers off runway while landing in Buffalo

www.cbsnews.com - 7 months ago
The COVID pandemic has had a devastating impact on women, who have lost 1 million more jobs than men. It's also underscored the lack of affordable childcare options, forcing many mothers out of the workforce. Nikki Battiste has this report in CBS News'
Read More

More states opening up COVID vaccines for all adults