As Congress continues its two week recess this week, lawmakers in some states are holding town halls with their constituents to discuss issues ranging from health care and tax reform to anything else that concerns -- or enrages -- their voters.
Author:
Published: 2017-04-12 06:00 am 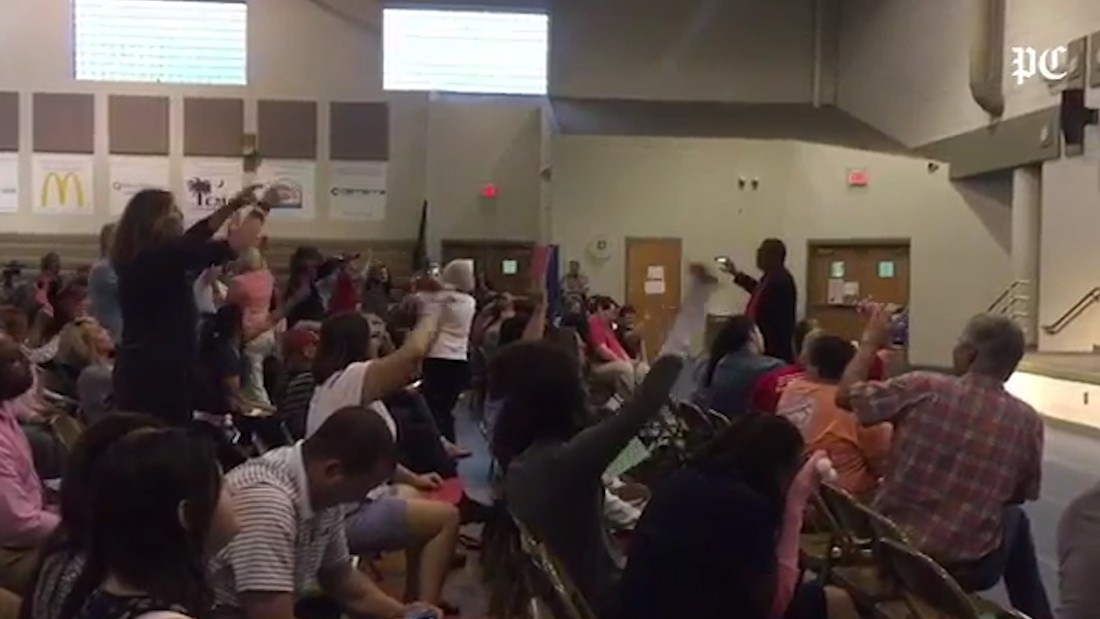 Washington (CNN)As Congress continues its two-week recess this week, lawmakers in some states are holding town halls with their constituents to discuss issues ranging from health care and tax reform to anything else that concerns -- or enrages -- their voters.

In the past, Republicans have faced some backlash from voters who oppose President Donald Trump over issues like his administration's proposed health care changes, tax policies and now, actions in Syria. Over the weekend, many members of Congress faced criticism and jeers.

Republican Rep. Ryan Costello experienced both cheers and boos during his 80-minute session with 200 attendees in West Chester, Pennsylvania Saturday. On Monday, Republican Rep. Joe Wilson of South Carolina had to wait 30 seconds for crowd chants of "you lie" to die down, after Wilson told the crowd he had supported the local solicitor.

Earlier this year, California Rep. Tom McClintock's town hall meeting got so out of control that police escorted the GOP congressman out of the venue.

Here's a look at all of the town halls on our radar for Wednesday:

GM looks to sell only emission-free vehicles by 2035

www.cnn.com - 6 months ago
General Motors said Thursday it plans to be carbon neutral by 2040 in its global operations and hopes to offer only zero-emissions vehicles by 2035. The largest US automaker, GM had previously announced that it was working towards an "all electric future,
Read More

White noise machines are a game changer: These are our favorites

The haunting pop song that presaged the Nashville bombing

www.cnn.com - 7 months ago
In the tense moments before an RV exploded in downtown Nashville on Christmas morning, it broadcast a warning on a loudspeaker that a bomb was about to blow up and urged people to evacuate.
Read More

Will vulnerable Republicans cut Trump loose to save themselves?