Sales may have been lackluster so far, but brands from TAG Heuer to Louis Vuitton still believe.
Author: Robin Swithinbank
Published: 2020-10-12 05:08 am 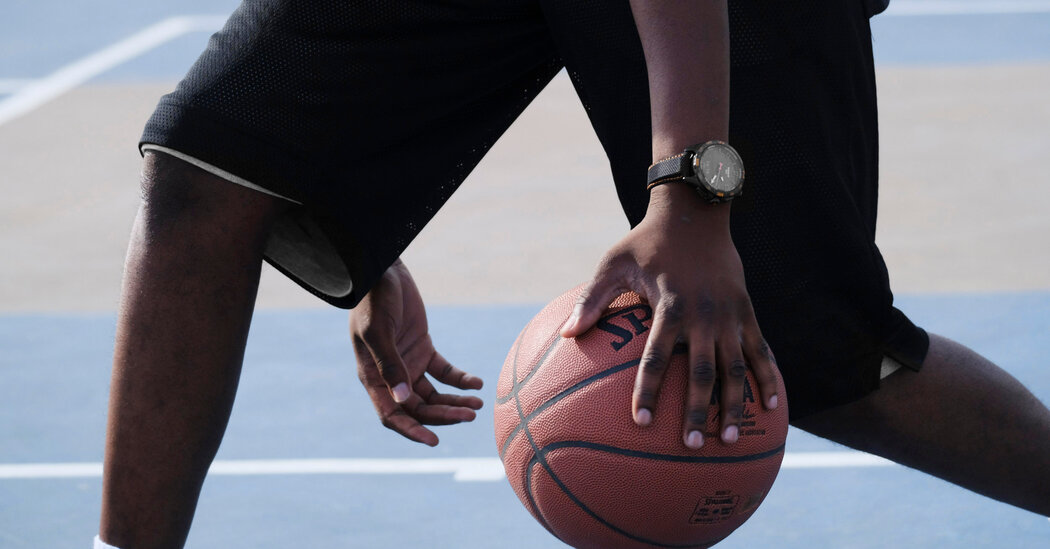 Five years later, the category it defined — and that now includes offerings from the likes of Montblanc and Hublot — has yet to really take off. But brands are still rolling out new models and predicting success.

Sales of wearable technology have grown this year, at least partly driven by consumers’ interest in devices with health applications. The Apple Watch Series 6 sensor and app, for example, measures blood oxygenation, a possible indicator of coronavirus infection.

According to a report published in September by the market research company International Data Corporation, the global market for wearables, which includes wristbands, watches, in-ear devices and the like, will grow by 14.5 percent this year, shipping a total of almost 400 million products. The report forecasts that the watch category will total 91.4 million units, rising to 156 million by 2024.

Swiss smartwatch manufacturers hope their high-end models, priced at $1,000 and up, will help protect brand profitability. But there’s a long way to go. Even TAG Heuer’s sales have been far from earth-shattering.

“Over the last five years, we have sold between 100,000 and 150,000,” said Frédéric Arnault, TAG Heuer’s new chief executive, referring to the Connected. (The third-generation Connected, which runs Google’s Wear OS operating system and retails from $1,800, was introduced in March.)

Vontobel, the Swiss private bank, estimates that TAG Heuer produced 600,000 watches in 2019 — which would mean that the Connected accounts for about 5 percent of the company’s annual sales by volume.

Price is clearly a big factor in the luxury smartwatch sector’s performance, especially now that luxury sales have plunged since the spread of the coronavirus.

In contrast, Hublot’s Big Bang e smartwatch costs $5,200, even though it uses the same Qualcomm Snapdragon Wear 3100 processor found in Fossil watches that cost a few hundred dollars (and in TAG Heuer’s Connected). “We will sell around 5,000 pieces a year,” said Ricardo Guadalupe, the company’s chief executive.

For many outside the industry, it is no surprise that there are not more luxury smartwatches.

“True luxury objects should be free from obsolescence,” said the Swiss-based designer Ini Archibong, who last year worked with Hèrmes on the Galop d’Hermès watch, which is not a smartwatch. “Their intrinsic value should come from something beyond their use value.”

A relatively short operating life is not the only threat: Switzerland still lacks the skill base to develop its own technologies. So even though some brands are owned by large, well-financed groups — TAG Heuer, Hublot and Louis Vuitton by LVMH; Montblanc by Richemont; Tissot by Swatch Group; Frederique Constant by Citizen — most rely on third parties such as Google and Qualcomm for hardware and software.

Some, however, have developed proprietary applications in a bid to add value and desirability: TAG Heuer’s sports and golf applications, for example, were developed by the Paris-based TAG Heuer Connected Team, a group that was acquired by the brand for an undisclosed sum in 2018.

Retailers have also not lost faith. “We have been running waiting lists on the TAG Heuer Connected since launch” of the third iteration in the spring, said Brian Duffy, chief executive of the Watches of Switzerland Group, which operates more than 130 showrooms in Britain and the United States.

Peter Stas, co-founder of FrédériqueConstant and the Geneva-based technology company MMT, went even further. He said it was essential for Swiss brands to develop smartwatches and that many entry-level names were struggling because they lacked them. “Swatch Group always said they would never touch smartwatches, and now they’ve come with the new T-Touch,” he said “It’s clear they’ve seen the light.”

He was referring to the Tissot T-Touch Connect Solar, a solar-powered touch-screen watch introduced in August and the Swatch Group’s first rival to the Apple Watch.

“For us, it’s an opportunity to generate additional sales,” said Sylvain Dolla, Tissot’s chief executive, noting that the watch had been in development for four years at a cost of 35 million Swiss francs (about $38 million). “Tissot is the world leader in Swiss watches in the $500 to $1,000 segment. We don’t really need this, but it’s a good opportunity to generate new clients.”

Tissot may need it. According to Vontobel’s estimates, the brand’s annual revenues fell below the one billion Swiss franc mark in 2019, dropping by 60 million Swiss francs year-over-year. But the watch, priced at $1,050, is not going to be available in the United States until next summer.

The luxury smartwatch sector has based some of its hopes on an understanding of human nature. As Richard Whitehall, a partner at Smart Design, a strategic design company based in New York, put it, “There are still going to be watch aficionados who want to use tech in a way that’s going to help them show off.”

And then there’s our obsession with sports. This month, Hublot announced the Big Bang e UEFA Champions League smartwatch, produced in partnership with world football’s most-watched club competition, and a follow-up to its Big Bang Referee 2018 FIFA World Cup Russia watch. The new watch has a dedicated application that sends updates on the competition’s scores and matches.

“I don’t want to be a competitor of Apple and I don’t want to produce 50,000 smartwatches, because this will dilute our image of luxury,” Mr. Guadalupe said. “My watch is very exclusive and very rare, and that’s why it’s successful.” (The World Cup watch, a 2,018-piece limited edition, sold out in two months.)

Montblanc, which has just released the third iteration of its smartwatch, the $1,170 Summit 2+, is taking a different approach.

“There are people who want functionality but not the look and feel of a gadget,” said Zaim Kamal, the company’s creative director. “We wanted to bring across something that would feel like a mechanical watch.” The Summit 2+ has dials that mimic the design of Montblanc’s 1858 line, as well as a case, crown and pushers that are engineered to feel like those on a mechanical watch.

In the past, the marriage of luxury and consumer electronics has delivered mixed results. TAG Heuer’s Meridiist phone flopped, and Vertu, the one-time Nokia subsidiary, lives on as a cautionary tale.

“We have these examples in mind,” Mr. Arnault of TAG Heuer said. “The big mistakes of these phones was to just invest in diamonds on the phone and sell them four times more expensive.”

This year, the midnight drag queen arrives at 9 p.m.

www.nytimes.com - 6 months ago
For 23 years, the New Year’s Eve tradition in Key West has been a drag queen descending from an eight-foot red stiletto at the stroke of midnight.
Read More

www.nytimes.com - 6 months ago
The Salesforce C.E.O.’s planned acquisition of Slack will have him competing directly with the Goliath that is Microsoft.
Read More

Homes That Sold for Around $1 Million

Inside the Long-Lost Brickyards That Built N.Y.C.

www.nytimes.com - 4 weeks ago
A century ago, brickmaking along the Hudson River was thriving. Then the industry vanished.
Read More
More News & Articles