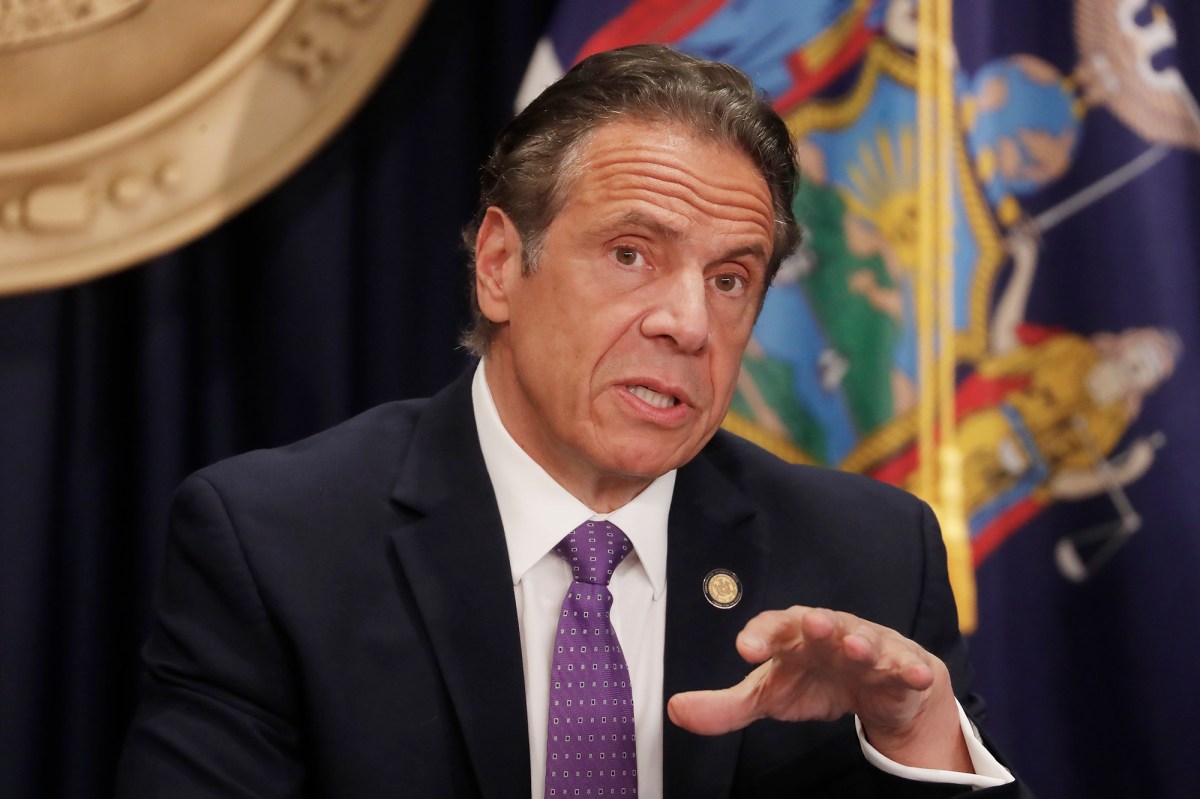 Gov. Andrew Cuomo enlisted a wide range of politically connected advisers who weren’t part of his staff — including Pete Buttigieg’s former communications director and two executives at a top public relations firm with ties to Sen. Chuck Schumer and Google, according to the New York attorney general’s investigation.

Lis Smith, a former 2018 Cuomo campaign staffer who oversaw communications for Pete Buttigieg’s failed 2020 presidential bid, was part of an “inner circle” of outside advisors that “actively consulted” with the scandal-battered governor as he responded to sexual harassment allegations, the investigation shows.

In one instance, Smith — also known for dating another scandal-scarred New York governor, Eliot Spitzer — gave Cuomo aide Melissa DeRosa feedback in a group chat during one of Cuomo’s speeches in March, saying the governor needed to sound more “contrite” in response to harassment allegations, according to the report.

Smith did not immediately reply to a request for comment.

In addition to Smith and Chris Cuomo, the governor’s inner circle also included two executives at Kivvit, a politically connected public relations and lobbying firm that was co-founded by Obama campaign strategist David Axelrod in 2002 and has counted Google among its clients. The firm hired former New York Gov. David Paterson last year.

Josh Vlasto and Rich Bamberger — former Cuomo staffers and current Kivvit managing directors — are both named alongside Smith throughout the damning investigative report into Cuomo’s alleged misconduct released by the office of attorney general Letitia James this week.

Vlasto, who served as Cuomo’s chief of staff from 2013 to 2014 and has also worked for New York Sen. Chuck Schumer, first came up with the idea to leak ex-staffer Lindsey Boylan’s confidential personnel records to the press after she accused Cuomo of sexual misconduct in December, Cuomo aide Melissa DeRosa told investigators.

Vlasto then sent the files to a New York Daily News reporter in an attempt to “discredit and disparage” Boylan, while his Kivvit colleague Bamberger and other Cuomo allies including communications director Rich Azzopardi and Facebook communications manager Dani Lever helped distribute the documents to additional journalists, according to the report.

Boylan is planning to sue Cuomo and his inner circle for retaliating against her, Boylan’s attorneys said Wednesday. Her attorney Jill Basinger did not immediately reply to a request for comment on whether the suit will specifically name Smith, Vlasto, Bamberger, Lever or other outside advisors to Cuomo.

Pressed by investigators about leaking Boylan’s files, Vlasto testified that he believed the files provided “relevant context for the reporters … given that Lindsey [Boylan] was making accusations of harassment.”

“Mr. Vlasto’s view was that if Ms. DeRosa had made the decision to disclose the information, it was ‘safe to say’ that the decision ‘was consistent with what the Governor wanted or had been discussed with him and he approved it,’” the report added.

Even after Vlasto allegedly came up with the idea to smear Boylan, he privately told friends that Cuomo’s office was a horrible place to work full of “abuse and mind games,” according to the bombshell report.

“The odd part about these workplace stories — it’s not even close to what it was really like to work there every day. It was so much worse,” Vlasto wrote in March to an unidentified friend in a message that was unearthed as part of the attorney general’s investigation.

When a friend asked, “How so?” Vlasto replied, “The abuse and mind games.”

“But for me it never really bothered me. It was part of the deal,” he added.

When Cuomo was faced with a fresh set of sexual harassment allegations in March, the governor approached Vlasto and asked him “take over the politics and press operation in leading the response to the assembly and all of [the] investigations,” Vlasto told investigators.

He declined in part because of unspecified personal reasons and also because he did not believe in the overly negative “style” the Governor and his advisors were adopting in response to the allegations, Vlasto told Investigators.

For his part, Bamberger — who had served as Cuomo’s communications director before joining Kivvit — helped Cuomo attempt to gather signatures for a letter in December that “impugned [the] credibility” of Boylan in December and suggested that she could be working with supporters of then-President Donald Trump and a politician who wanted to unseat Cuomo as governor, according to the attorney general’s investigation.

Lever, the Facebook communications manager who helped advise Cuomo, declined to sign the letter when asked because it amounted to “victim blaming,” according to the report. The letter was never released but was seen by a New York Post reporter.

The attorney general’s investigation suggested that outside advisors like Bamberger, Vlasto, Smith, Lever and Chris Cuomo enjoyed an inappropriate level of access to the governor.

“None of them was officially retained in any capacity by the Executive Chamber or any of the individuals involved,” investigators wrote of the crew. “Nonetheless, they were regularly provided with confidential and often privileged information about state operations and helped make decisions that impacted State business and employees — all without any formal role, duty, or obligation to the State.”

Vlasto declined to comment and Bamberger could not be reached.

The duo were “acting in their personal capacity” when they advised Cuomo, Kivvit managing director Tom Meara told The Post. Meara did not answer a question about whether the two men had permission from their employer to work for their former boss on the side.

Kivvit has more than 100 employees in New York, Chicago and several other US cities. Axelrod sold his stake in Kivvit 12 years ago and is no longer affiliated with the company, his spokesperson Allyson Siegal told The Post.

In addition to advising Cuomo, Pollock’s website says he works with Democratic US Sens. Kirsten Gillibrand of New York, Joe Manchin of West Virginia and Ed Markey of Massachusetts — as well as New York Lieutenant Governor Kathy Hochul, who stands to take over as governor if Cuomo steps down, and Attorney General Letitia James, whose office published the report into sexual harassment by Cuomo.

nypost.com - 9 months ago
House Democratic Caucus Chairman Hakeem Jeffries put to rest any doubt that House Speaker Nancy Pelosi would retain her top post in the party Tuesday. Speaking to reporters at a presser on Capitol Hill, Jeffries (D-NY) made the remark after being asked
Read More

LaMelo Ball likely out for season in injury crusher

nypost.com - 6 months ago
LaMelo Ball’s sensational rookie season might be over. The Hornets announced their point guard – the frontrunner for NBA Rookie of the Year – underwent an MRI that revealed he fractured his right wrist and will be out indefinitely. He is finished for the
Read More

nypost.com - 11 months ago
Anti-Trump protesters hurled eggs and insults at supporters of the president — including former mayor Rudy Giuliani — as they rolled through Manhattan in a convoy on Sunday. Video posted on Twitter shows a flag-draped Trump caravan led by Giuliani being
Read More

nypost.com - 2 months ago
A new book argues that left-wing "authoritarians" and their cancel culture have muzzled the silent majority — and it's time to fight back.
Read More
More News & Articles