Matt Peart gets reps on left side of Giants offensive line

Matt Peart was getting plenty of reps at left tackle even though he is the presumptive starter on the right side.
Author: Paul Schwartz
Published: 2021-08-05 09:44 pm 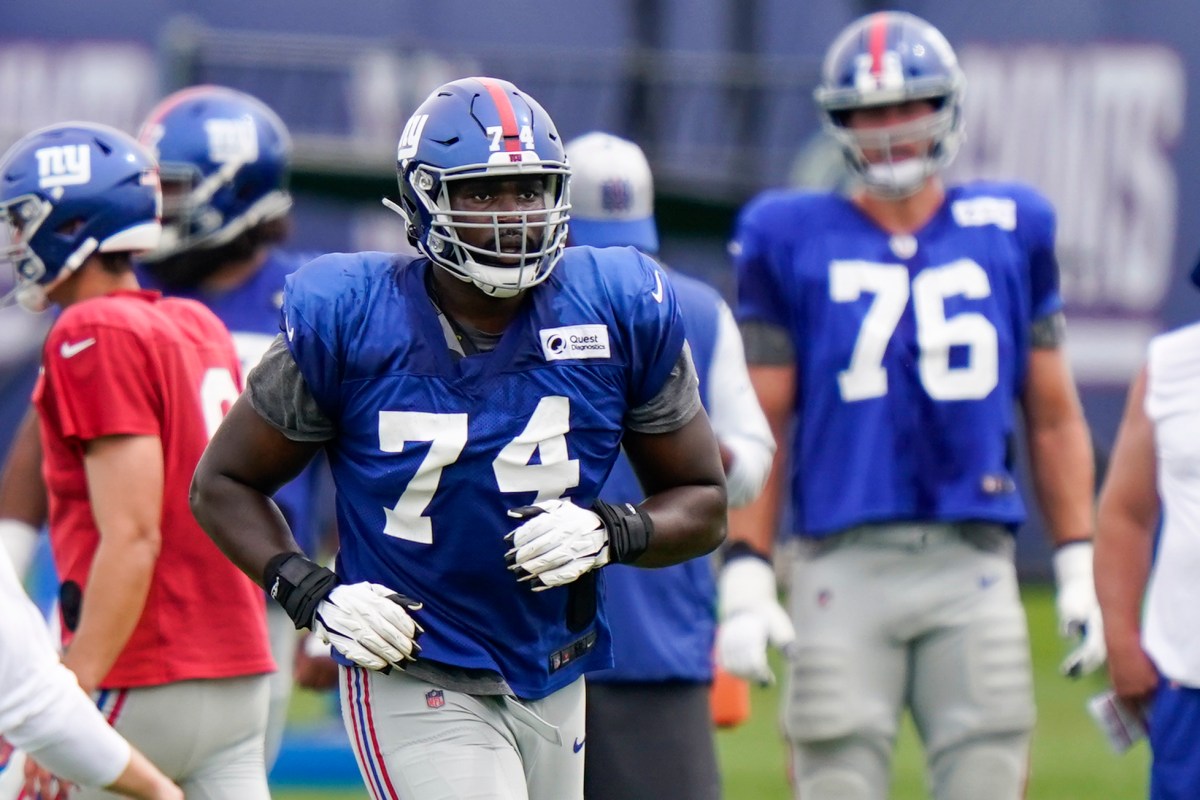 Peart not all right

Matt Peart was getting plenty of reps at left tackle even though he is the presumptive starter on the right side. Why? For the second straight day, starting left tackle Andrew Thomas — who is coming off ankle surgery — was given a light day.

The pace of this practice was basically like a jog-through, as Joe Judge dialed back the physical intensity after the first two days in full pads. Players got their work in, but at a much slower tempo.

Every summer there is a new shirt displaying a new motto put in place by the head coach. This year, all players and coaches were given shirts that say “Fight’’ on the front. Jason Garrett said his “Fight’’ shirt was in the laundry, which is why he was wearing a blue Giants shirt with a handwritten “Fight’’ above the NY logo.

LB Reggie Ragland has finally joined in at practice. He passed his physical and was removed from the physically unable to perform list. Ragland will be in the running for the starting inside linebacker spot alongside Blake Martinez.

nypost.com - 1 week ago
A former assistant secretary of the Army in the Trump administration says Gen. Mark Milley repeatedly overstepped his authority and undercut potential orders from the former commander-in-chief. The accusations come as Washington Post staffers reveal in a
Read More

What you need to know about your vaccine card

nypost.com - 6 months ago
The golden ticket to a post-pandemic world is a shot in the arm — and the flimsy paper proof of it.
Read More

Bear captured after weekend of sightings in St. Louis suburbs

nypost.com - 5 months ago
The 150-pound bear was shot late Sunday with a tranquilizer dart as it clung to a tree outside of a home in Richmond Heights. It had been seen several times and spooked residents in St. Louis over the weekend.
Read More
More News & Articles