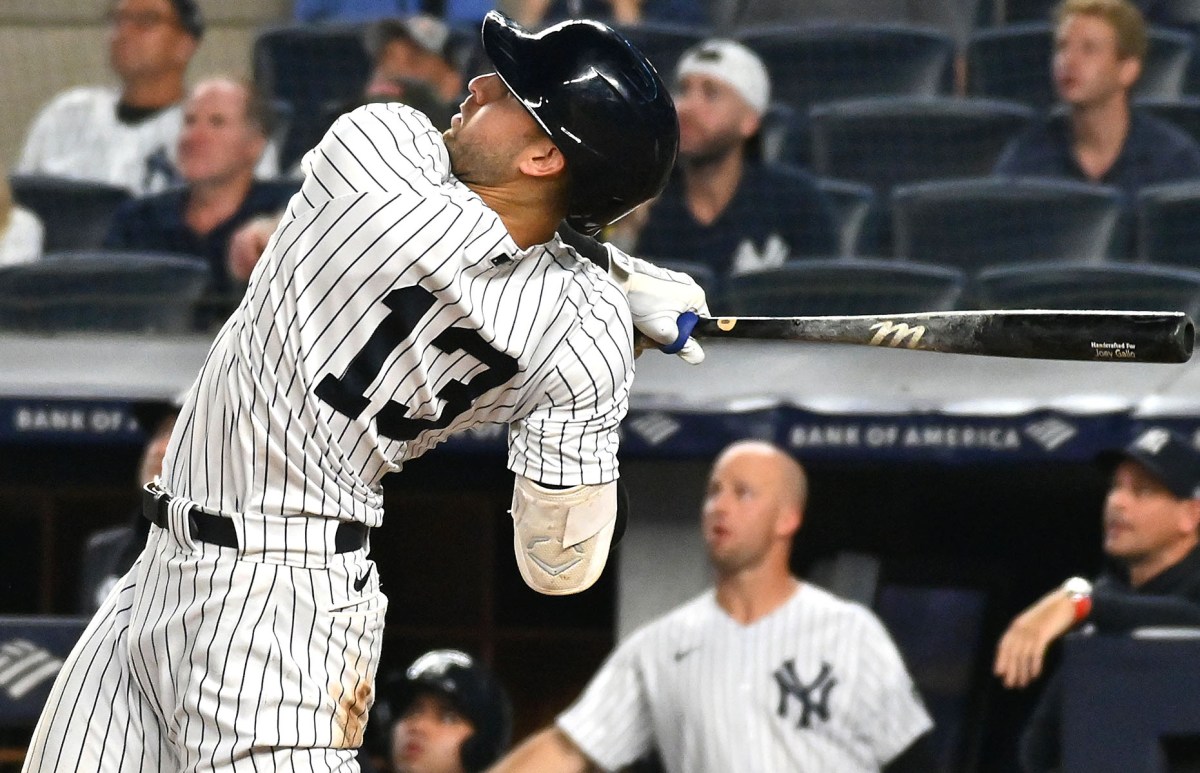 After a quiet first week since the Yankees landed him in a trade, Gallo had his coming-out party Thursday night in The Bronx. With some help from the short porch in right field, the slugger boomed a towering three-run homer in the seventh inning to lift the Yankees to a 5-3 win over the Mariners.

Gallo’s first homer as a Yankee — capping off a huge night that also included a pair of doubles that keyed prior rallies — looked like it might never come down, but when it did, it barely scraped over the wall.

The 331-foot Yankee Stadium special, hit off former Mets reliever Paul Sewald, turned a one-run deficit into a two-run lead as the Yankees (59-49) opened a critical four-game series against a fellow AL wild-card competitor in emphatic fashion. They moved to a season-high 10 games over .500 with their eighth win in the last 10 games.

The Mariners (58-52) arrived in The Bronx one game behind the Yankees in the wild-card race, with both teams trailing the Athletics for the final spot. With the win, the Yankees got within 1 ½ games of the idle A’s.

Gallo put the finishing touches on his night by catching a fly ball on the warning track in left field to help Aroldis Chapman — who allowed three-ball counts against all five batters he faced — to escape the ninth inning with runners stranded at the corners.

Gallo’s moonshot came a half-inning after former Mets prospect Jarred Kelenic had also visited the short porch to give the Mariners a 3-2 lead with a solo homer off Chad Green.

Entering the day, Gallo was 2-for-23 with two doubles in six games as a Yankee, watching as fellow trade-deadline acquisition Anthony Rizzo made an instant impact in every game. But Gallo joined the party on Thursday, going 3-for-4 with three clutch extra-base hits.

The left fielder had doubled in the second inning, moving Giancarlo Stanton to third so he could score on a sacrifice fly by Gleyber Torres for the 1-0 lead.

After the Mariners went ahead 2-1 on Nestor Cortes Jr. (five innings, two runs), Gallo led off the fourth inning with another double and eventually scored on a swinging bunt by Kyle Higashioka to tie the game.

nypost.com - 1 year ago
A California dad said he has received death threats after social media posts falsely identified him as a suspect in the weekend ambush shooting of two Los Angeles County sheriff’s deputies, according to a new report. Following the Saturday night shooting
Read More

What to expect with Mitchell Robinson’s injury: specialist

nypost.com - 6 months ago
Though Tom Thibodeau said Knicks center Mitchell Robinson will be cleared to do some practice drills, the coach gave no estimation as to when his shot-blocker will return. One leading orthopedic hand surgeon from Northwestern University told The Post a
Read More

nypost.com - 4 months ago
The Nets started rusty, but it didn't matter as they rolled to a 104-93 victory over the Celtics on Saturday night at Barclays Center.
Read More

nypost.com - 5 months ago
When you watch film of Zach Wilson at BYU last season, there are plenty of things that stand out — including how clean his uniform is.
Read More
More News & Articles