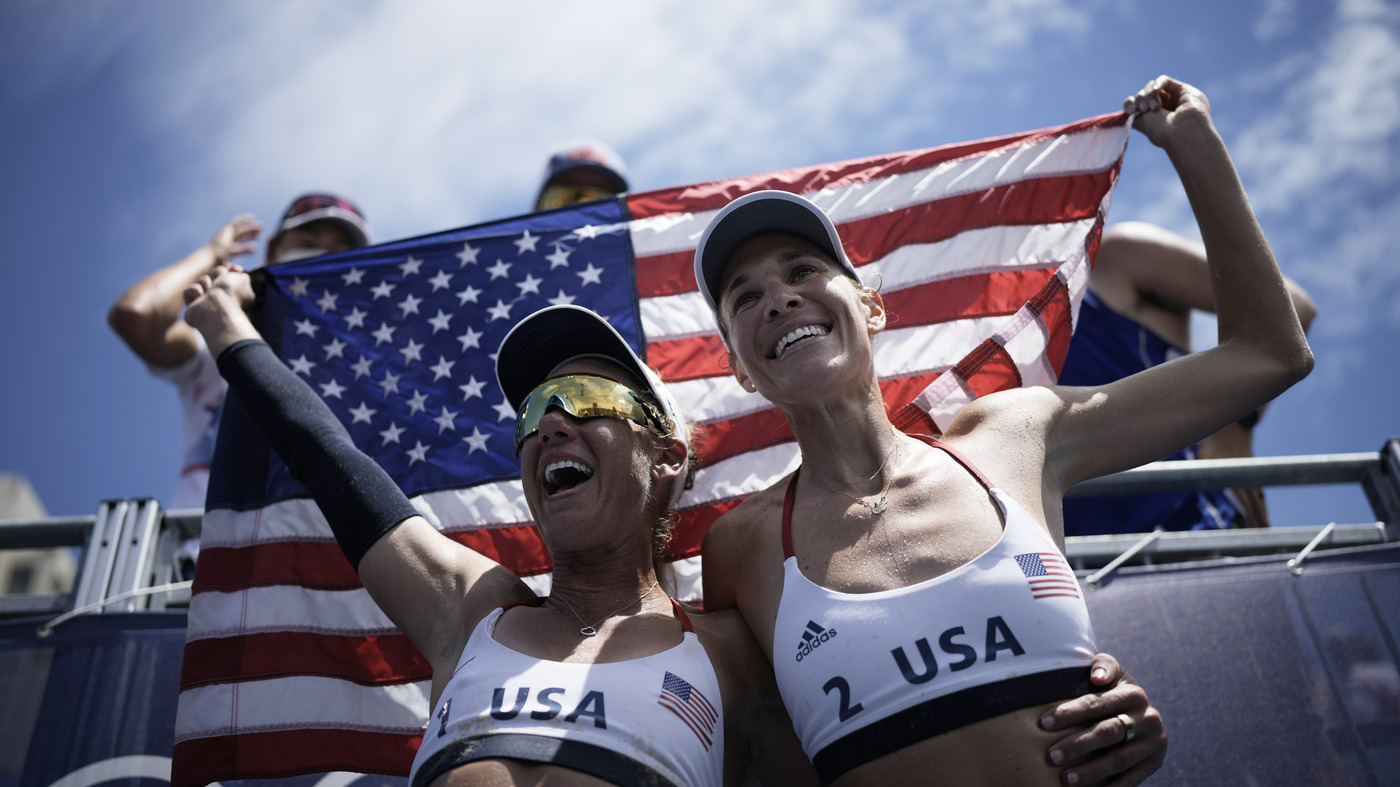 Klineman and Ross hugged between points as they racked up straight-set wins against Taliqua Clancy and Mariafe Artacho del Solar, 21-15, 21-16.

Historically, U.S. women have been incredibly dominant in beach volleyball at the Olympics.

Ross was previously paired with Kerri Walsh Jennings, and they took the bronze in 2016 at the Rio de Janeiro Games. Walsh Jennings won gold in 2004, 2008 and 2012 with her former partner Misty May-Treanor.

Now, Klineman and Ross have brought gold back to the U.S.

www.npr.org - 2 weeks ago
Schools in Oakland, Calif., regularly report lower reading levels for Black and Latino students. A parent advocacy group has been demanding the district do better.
Read More

www.npr.org - 8 months ago
All the president's bikes.
Read More

From Syria To Brooklyn: A Teen Seeks A 'Safe Place' In The Universe

www.npr.org - 10 months ago
He was only 10 when the soldiers took away his father. Eventually the family fled to Jordan. But where would they go next? Their saga inspired a Pulitzer-winning graphic series in The New York Times. (Image credit: Jake Halpern/Michael Sloan)
Read More

www.npr.org - 9 months ago
In a survey by the Kaiser Family Foundation, 71% of respondents said they would definitely or probably get inoculated — a significant leap over the 63% who said so in an August/September poll. (Image credit: Jose M. Osorio-Pool/Getty Images)
Read More
More News & Articles