3 Obamacare scenarios and who supports them 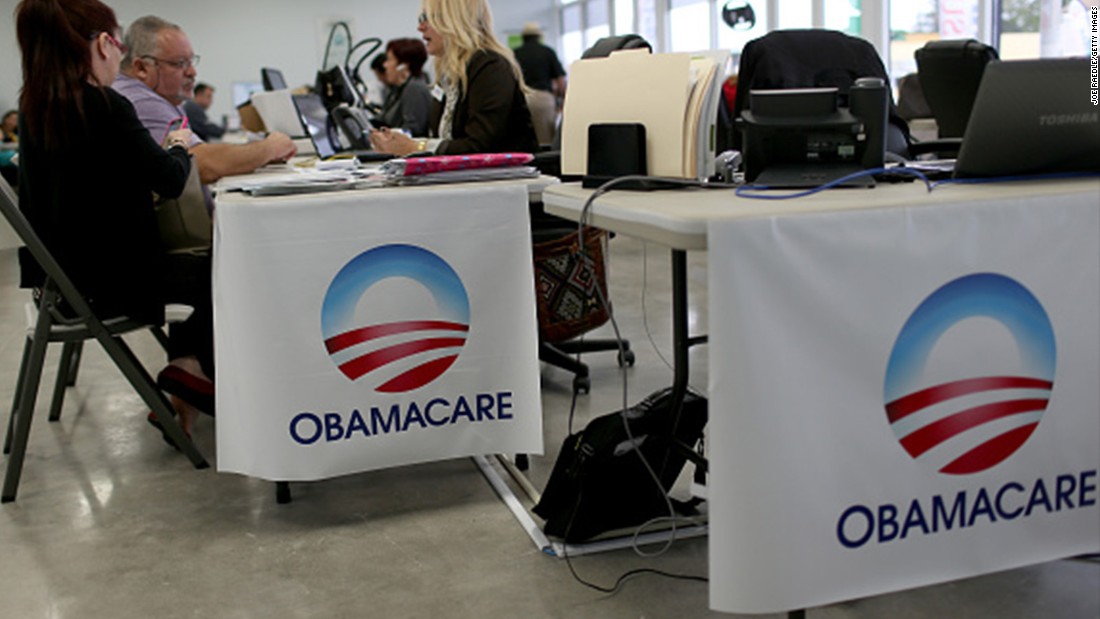 While every single Republican wants to get rid of the law, how exactly to go about it is the subject of much debate and growing consternation.

For starters, how to replace a law that reaches deep into the US social fabric? And when? That's where the confusion starts. Some Republicans are questioning a budget procedure that would enable a fast repeal of parts of the law, but also add to the budget deficit.

So far, Republican leaders are sticking with their plan to push through a bill in the next few weeks to vote to repeal Obamacare without replacing it. But they are starting to hear some opposition within their ranks.

Here's a look at the general options before them and where Republican senators who have been vocal on the issue stand on the plan to "repeal and replace" Obamacare:

Upside: Voting to repeal Obamacare immediately would fulfill the campaign promise for most Republicans in Congress, although they don't have a clear plan to replace the law, which expanded Medicaid and required many other Americans to obtain private health insurance or pay a fine, among many other tweaks to the US health system. Republican leaders have favored a plan to vote to repeal the bill early in the Trump administration and then take time to come up with a plan to replace it.

Downside: Using a process known as budget reconciliation, Republicans can only vote to repeal certain portions of the law immediately. Republican leaders like House Speaker Paul Ryan and Vice President-elect Mike Pence have promised not to "pull the rug" from under anyone with insurance through Obamacare exchanges or Medicaid expansion.

Republican leaders appear to leaning toward a vote to "repeal and delay" approach: passing a repeal bill as soon as possible but delaying the repeal measures from going into effect for several years until they approve a replacement plan. However, even then, there will need to give insurers and government agencies times to implement the plan.

But repealing Obamacare before a replacement plan is hammered out could wreak havoc in the individual insurance market. That chaos could prompt insurers to flee or jack up their prices for 2018. That might make it harder for enrollees to keep their coverage before the Republican plan takes effect.

Supporters: Ryan has promised to vote to repeal the law by the end of the year, but be methodical and deliberative; Senate Majority Leader Mitch McConnell said it would be the "first item up" in the new Congress; Vice President-elect Mike Pence said voting to repeal is "the first thing we're going to do."

Wait to repeal until there's a full plan for replacement

Upside: If Republicans wait to vote to repeal Obamacare until they have a plan to replace it, it would allow for 20 million Americans to continue having health insurance in the interim and it would allow them, potentially, to figure out a more popular alternative.

Downside: There's a battle taking place right now in the Senate over what that plan could look like -- with not a whole lot of agreement. Plus, it's not entirely clear that a more popular alternative exists that could maintain insurance for all those people. Some aspects of the law are much popular than others -- allowing children under age 26 to stay on their parents' plan, for instance. But those measures came hand-in-hand with less popular measures, like a requirement to have insurance.

Supporters (While these senators have not all said there should be no vote to repeal without a replacement ready, they have all expressed concerns): Kentucky Sen. Rand Paul, Maine Sen. Susan Collins, Tennessee Sen. Bob Corker, Arkansas Sen. Tom Cotton, Arizona Sen. John McCain, Wisconsin Sen. Ron Johnson, who said, "I want to see a game plan."

Upside: Not all of these proposals are mutually exclusive. It's not entirely clear what Ryan or McConnell's replacement plan will be, so they could end up being a piecemeal approach. It will allow Republicans to follow through with their promise to vote to repeal Obamacare and then push through targeted bills, some of which might be very popular.

Downside: The law is a sort of house of cards that Democrats passed with input from across the health insurance landscape. Insurers, health care providers and other will likely want to see a full plan before giving it their support.

CNN's Tami Luhby and MJ Lee contributed to this report.

Meghan accuses palace of 'perpetuating falsehoods' against her and Harry

www.cnn.com - 8 months ago
Meghan, the Duchess of Sussex, has accused Buckingham Palace of "perpetuating falsehoods" against her and husband Prince Harry in an explosive clip from an interview with Oprah Winfrey that is due to be aired on Sunday.
Read More

Video game CEO is out after praising Texas abortion law

www.cnn.com - 1 month ago
Video game CEO John Gibson stepped down from the helm of Tripwire Interactive after his support of the Texas abortion law created a firestorm.
Read More

www.cnn.com - 6 months ago
The Biden administration is considering using outside firms to track extremist chatter by Americans online, an effort that would expand the government's ability to gather intelligence but could draw criticism over surveillance of US citizens.
Read More
More News & Articles